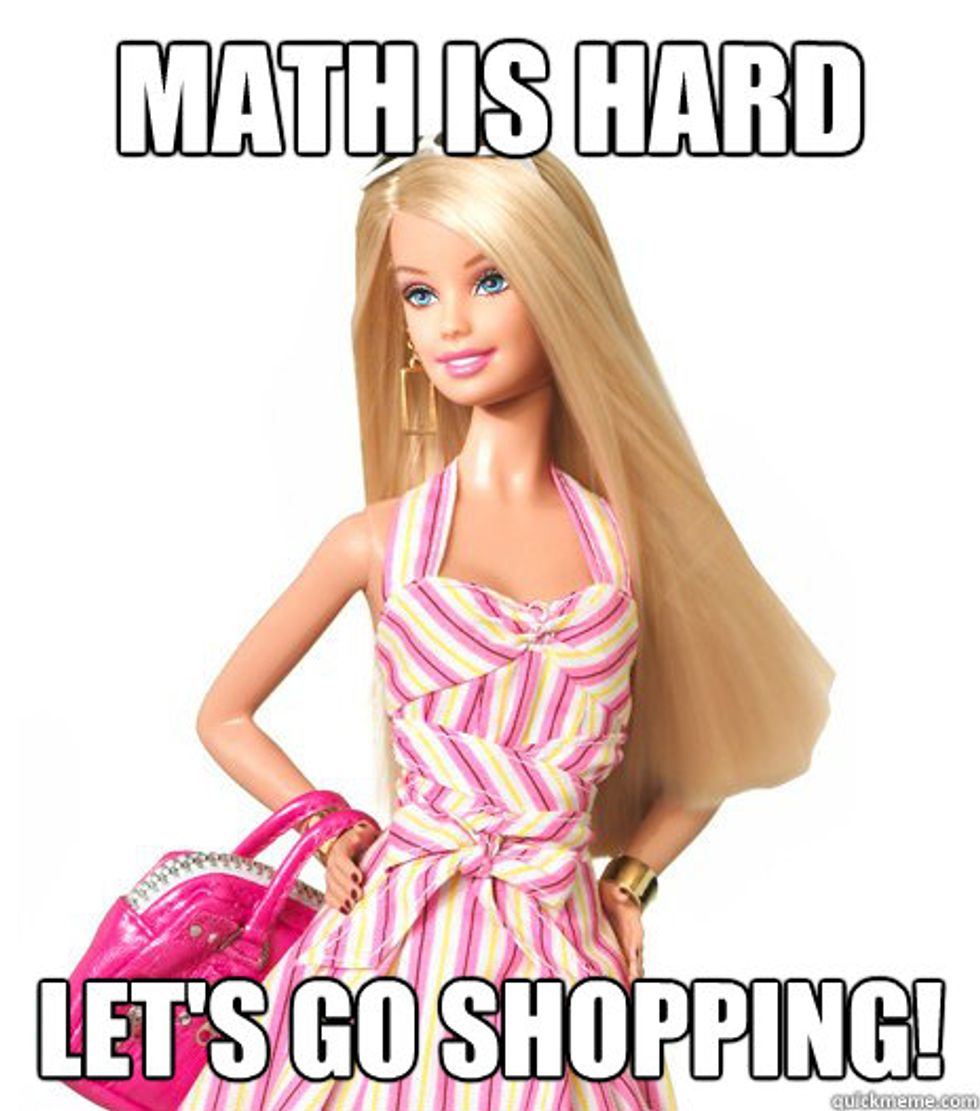 Also, if you don't count his debts, Donald Trump is much richer!

So now the beautiful terrific Trump Budget plan has been loosed upon the world, and it's exactly as devoted to the New Cruelty as expected, with deep cuts to Medicaid, Social Security Disability Insurance, and Supplemental Security Income for people with disabilities or in poverty, as well as massive cuts to the State Department, the EPA, and other agencies. Oh, and huge spending increases for border security (including $1.6 billion for the wall) and a giant increase in defense spending. So at least it's pretty much what the sociopaths promised. Except a whole lot of commies and economists and people who can add have also noticed one other problem with the Trump budget: It's based on a $2 trillion math error, too. Yes, this is the same man who went bankrupt running casinos.

Never mind the completely unrealistic claim that the tax cuts could stimulate that much economic growth in the first place (although in mere reality, that's bullshit too). Even if a miracle happened and the tax cuts create $2 trillion in growth, you can't say the same pile of money would both offset the loss of $2 trillion in revenue created by the tax cuts AND that it would eliminate the debt in 10 years. That would require how much economic growth, class? Yes, $4 trillion to do both.

In the Washington Post, former Treasury Secretary Lawrence Summers says the budget's double-counting is "a logical error of the kind that would justify failing a student in an introductory economics course." And again, that's even if you assume the tax-cut logic works, which as Summers says, would require that you "believe in tooth fairies and ludicrous supply-side economics." Summers goes on to call the Trump budget's dishonest assumptions "the most egregious accounting error in a presidential budget in the nearly 40 years I have been tracking them," and wonders how the hell a budget and tax plan like this ever made it past the first draft:

I have no doubt that there are civil servants in Office of Management and Budget, the Treasury and the Council of Economics who do know better than this mistake. Were they cowed, ignored or shut out? How could the secretary of the treasury, the director of OMB and the director of the National Economic Council allow such an elementary error?

Then again, Summers was the president of Harvard, so he's a liberal elitist, and math is hard, so Trump fans will probably just look at any explanation of why it's impossible and say they trust the president because he's a rich billionaire, and how many skyscrapers has Lawrence Summers ever built, huh? But lord knows the economists and economic reporters are going out of their way to try to make the math clear to numpties like us. In the Wall Street Journal, Nick Timiraos points out the Trump budget "takes credit, twice, for a tax plan the president hasn’t detailed beyond a one-page outline" and cites deficit hawk Maya MacGuiness of the Committee for a Responsible Federal Budget, who explains, straightforwardly enough, “The same money cannot be used twice,” as if that sort of high-flown logic would be persuasive. Maybe he should have stopped there, because then he has to go and confuse everything by using an analogy that has numbers and stuff:

Now, that's all logical and stuff, but if you present it to a typical Trump voter, they're going to say "Fine by me, just as long as no illegal immigrants get any ice cream. And anyone who worked for Obama is a liar."

You could even go back to the really simple "The same money cannot be used twice," repeat that to the Trump voter, get them to agree, and then maybe ask them this: "If you worked a little less this week and earned fifty bucks less than usual, and then I gave you fifty bucks to cover the lost income, would you then say that you had fifty bucks extra for the week?"

The Trump voter would then plan to spend the $50 on beer since they came out ahead, and then look at you expectantly. "Where's my fifty bucks? You said you'd give me fifty bucks! Gimme my fifty bucks, fucker!"

And then you would run away to your safe space like a little liberal snowflake.

Yr Wonkette is supported by reader donations, which we use to buy eggs in Malta for seven cents and sell in Sicily for five cents, making a profit when we sell them in Malta for four and a half cents the first time around. And everyone has a share. Please click the "Donate" linky and we'll enhance your snark dollars.