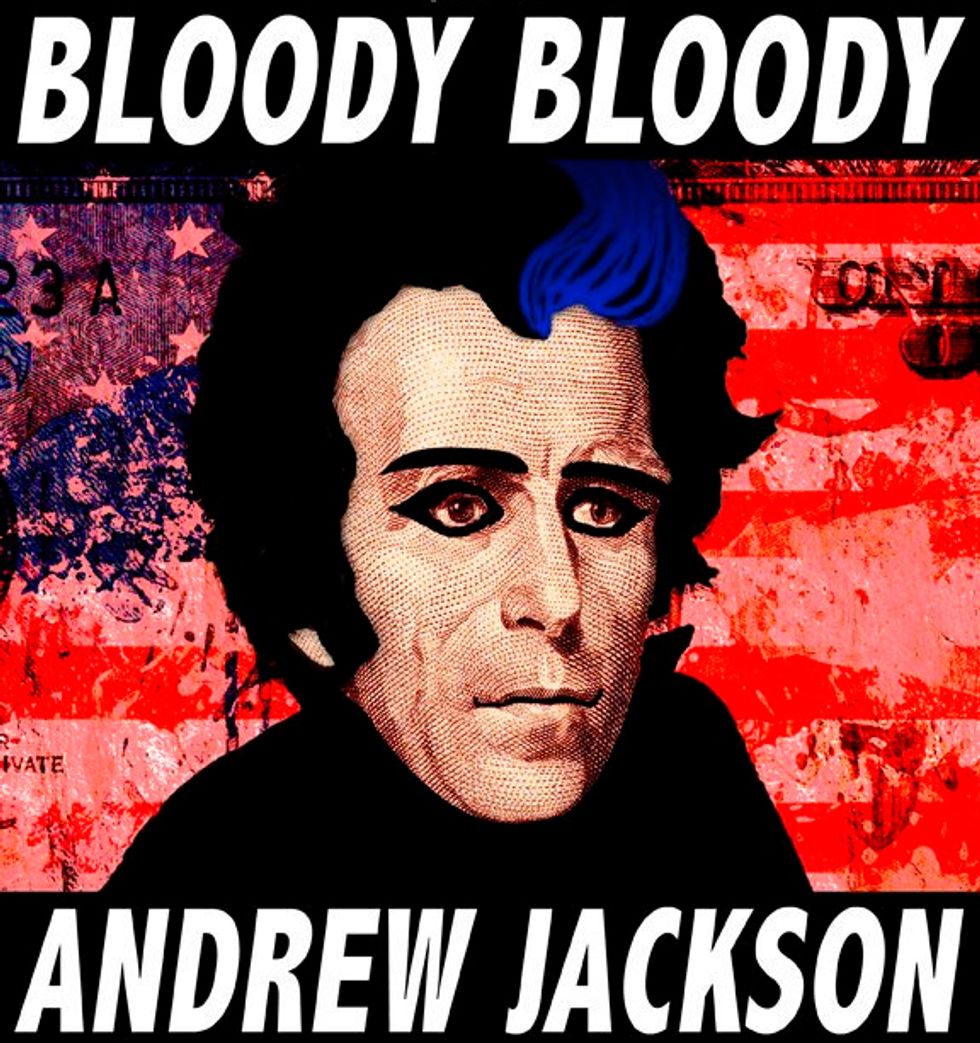 Oh dear. Once again Donald Trump has come unstuck in time. In a Sirius XM radio interview with the Washington Examiner's Salena Zito, the president of these benighted states explained that maybe his putative hero, Andrew Jackson, could have prevented the U.S. Civil War if only he'd been president a bit later instead of from from 1829 to 1837, because Andrew Jackson was simply such a swell guy. A swell guy who owned slaves and whose administration was no friend of abolitionism, believing that "Divine Providence" would eventually make the problem go away. You know, that Andrew Jackson. The Trail of Tears guy.

Here's the relevant part of the interview, which ought to leave you, as Molly Ivins would say, whomperjawed:

As everyone's been pointing out today, Andrew Jackson died in 1845, and the Civil War began in 1861, during the presidency of some guy Trump just learned was a Republican. This would have seriously impeded Andrew Jackson's ability to have any emotions whatsoever with regard to the Civil War, or to say "There's no reason for this."

Now, just for the sake of calling your attention to a heck of a read, we do want to point out that in addition to not apparently knowing jack shit about the Civil War (let alone Shelby Foote), Trump also makes matters worse for himself by having no actual sense of time, or how to talk about time. As Katy Waldman notes, the man seems to live in an eternal now, where it remains an established fact that Mexico will pay for The Wall "eventually but at a later date," but that's definitely going to happen. Donald Trump believes things which happen a week after he's wrong about something -- like a small riot in Sweden after he bemoaned "what's happening in Sweden," or post-election intercepts of Mike Flynn's calls to the Russian ambassador prove Barack Obama was wiretapping Trump Tower before the election -- actually prove he was prematurely right.

Sure, maybe Andrew Jackson never said "There's no reason for this" about the Civil War that commenced 24 years after his presidency, but this time, at least Trump specified he was talking about a hypothetical Jackson who served "a little later" and could then have stopped it. Hell, maybe the made-up anger at the war and the thing Jackson never said are also, automatically, obviously hypothetical, even though Trump states them as fact, because Andrew Jackson had a big heart -- as we saw when Jackson generously moved Native Americans off their land in a deadly march to the west, which some survived, instead of shooting them all, wasn't that nice of him?

You know who else has thoughts about Andrew Jackson? Trump lickspittle Dinesh D'Souza, who explained in his horribad movie last summer how Andrew Jackson was a racist genocide committer because he founded the Democratic Party, which hasn't changed a bit between then and now. Dinesh D'Souza is quite sure Democrats all admire Jackson's racism, but secretly, because they want to keep their own love of slavery under wraps. You have to wonder what Dinesh D'Souza would think of a president who loved Jackson so much that Jackson's portrait hangs in the Oval Office.

In conclusion, we need to be as tough on North Korea as Andrew Jackson was. He's getting recognized more and more for doing a terrific job, just like Donald Trump was in the future. So it will perhaps have gone, eventually but not yet.

Yr Wonkette is supported by reader contributions. You have already clicked the "Donate" linky below and given us money. But you should!