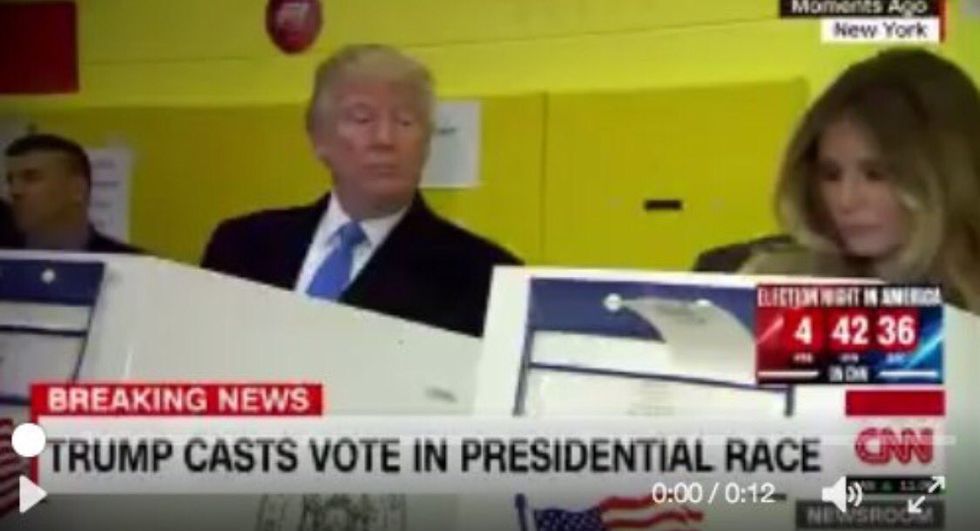 Y'all. Donald Trump and his family have ONE JOB today, and it is to vote for Donald Trump. Surprise, they're fucking it up in their own weird ways! Exhibit A is Trump himself voting next to his wife Melania and just kinda casually spying on her SECRET BALLOT to make sure she's not voting for Hillary Clinton. Maybe she did! We sure wouldn't blame her. Also, what an insecure, controlling, disgusting, pussy-grabbing bastard he is:

Of course, we all LOLed our faces off at how Trump got booed going in to his voting location and coming out of it, because guess who loves Trump in New York City besides Rudy Giuliani? NOBODY IS WHO. (For the record, Fox News reported the boos were actually cheers, because they are bracing for a rough fucking day right now.)

VIDEO: Donald Trump gets booed as he arrives at his polling place. pic.twitter.com/CJcmBIt9Zl