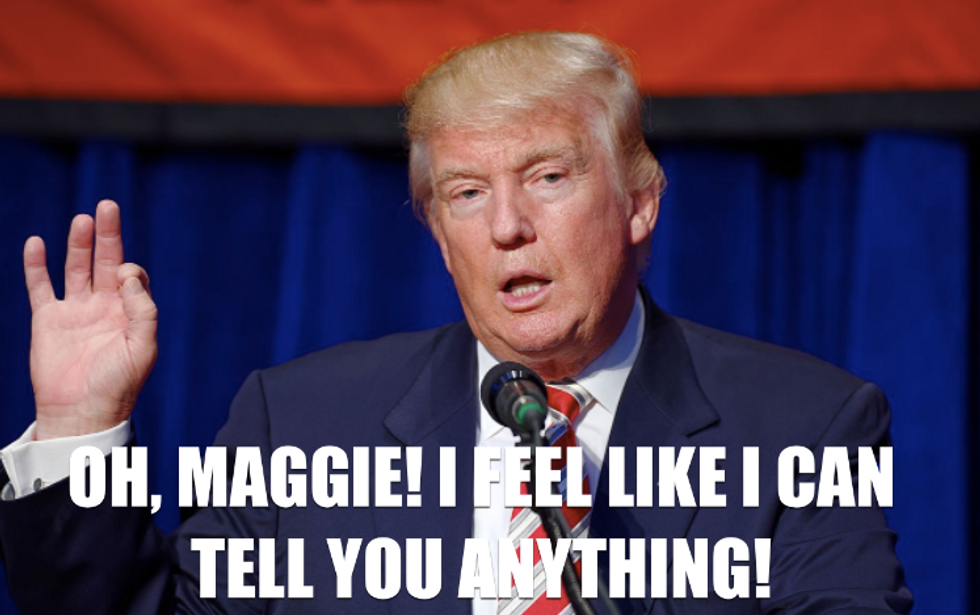 Yesterday, three New York Times reporters sat down with Donald Trump for his first non-Fox interview in weeks. Why does he keep coming back to the failing New York Times when they always make him look like a lunatic? How does Maggie Haberman get him to say all this crazy stuff? And how are we only six months into this horrible nightmare?

Around 9PM the Times dropped a partial transcript which is so bonkers that we are actually feeling a little lightheaded. And to prove they aren't FAKE NEWS, they released audio of some of the best bits.