Don't Like Getting Boned By State Taxes? Just Be Filthy Rich! 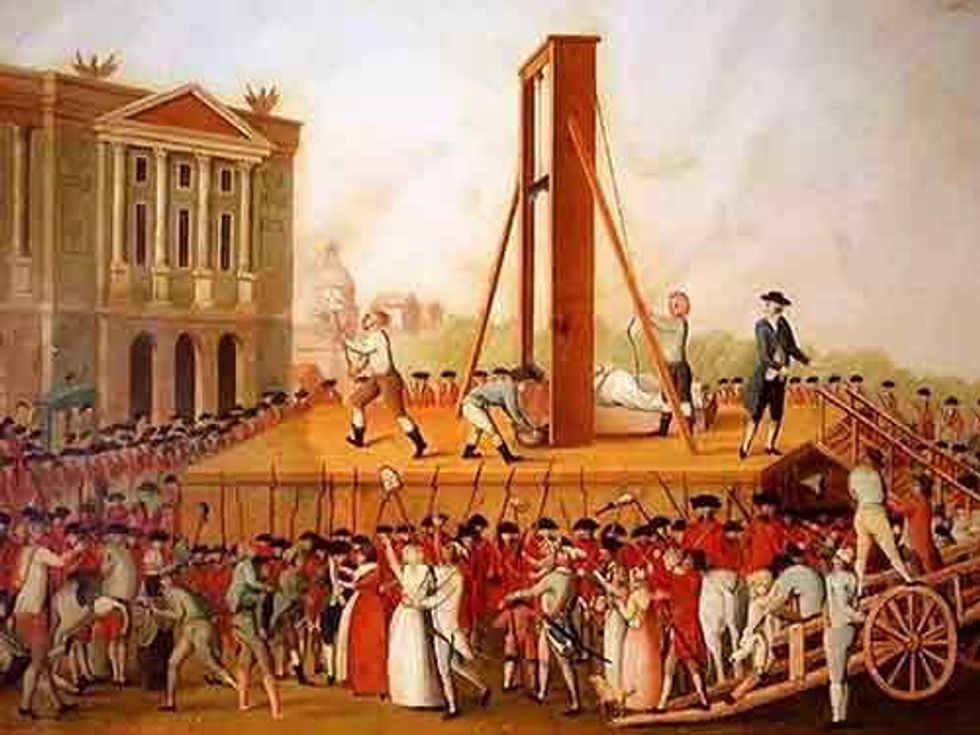 Here's something every class warrior on the barricades should know: There isn't a single state in the entire United States where a poor or middle income person can be assured of paying a lower percent of their income in state and local taxes than a wealthy person. That's right, comrade! According to a comprehensive study by the Institute on Taxation and Economic Policy, literally every state in the country has a regressive tax system, thanks to heavy reliance on sales and excise taxes and insufficiently progressive income taxes (or in many cases, no income taxes at all):

It should be noted that even these least regressive states fail to meet what most people would consider minimal standards of tax fairness. In each of these states, at least some low- or middle-income groups pay more of their income in state and local taxes than wealthy families. In other words, every single state and local tax system is regressive and even these states that do better than others have much room for improvement.

Even in California, rated the least unfair state, the poorest 20 percent pay 10.5 percent of their income, while the top 1 percent pays 8.7 percent.

But what about the most regressive states? Oddly, the purportedly liberal techno-paradise of Washington State is the worst, with the poorest 20 percent getting hosed at a rate of 16.8 percent, while the top 1 percent pays a microscopic 2.4 percent. One bright spot for Washington is that they don't tax groceries, a common feature of tax schemes in other extremely unfair states like Texas and South Dakota.

So what's going on here? How does every state in the country get away with tax schemes that are prima facie so shitty? Our theory is that approximately six people in any given state actually care about state and local politics, and even then, the issues that decide elections are usually stupid shit like they don't want a strip mall put in next to their house, or creeping Sharia, or who has a better plan to kill and eat the teachers' union, or the polling place is on the way to Bingo so why not stop in and vote? On top of that, we know that voter turnout among the poor is abysmal even in national elections, so small-time local pols probably don't see much upside in slumming it for their votes.

Nevertheless, in theory it's not hard to see the appeal of a pitch that goes something like "I have a plan to save you a couple grand in taxes by replacing the sales tax with a graduated income tax unless you are Mitt Romney."

Speaking of Mitt Romney, you'll remember that one of the many, many things that sunk Romney's 2012 campaign was his "47 percent" gaffe, the substance of which was that nearly half the country paid no income tax and therefore loved Barack Obama like children love an indulgent father who shelters them from tax liability. With Romney back in the news as he mulls another tilt at the windmills in 2016, it's only proper that we lash him to this issue like Ahab to the White Whale. Given what we now know about the regressive nature of state taxes, combined with what we already knew about payroll taxes giving lie to the underlying premise of "47 percent", can we expect the new, new Romney to fight for real tax fairness instead of demagogue the issue for his plutocrat backers?