Don't Tell Us You May Actually Elect Christine O'Donnell, Delaware 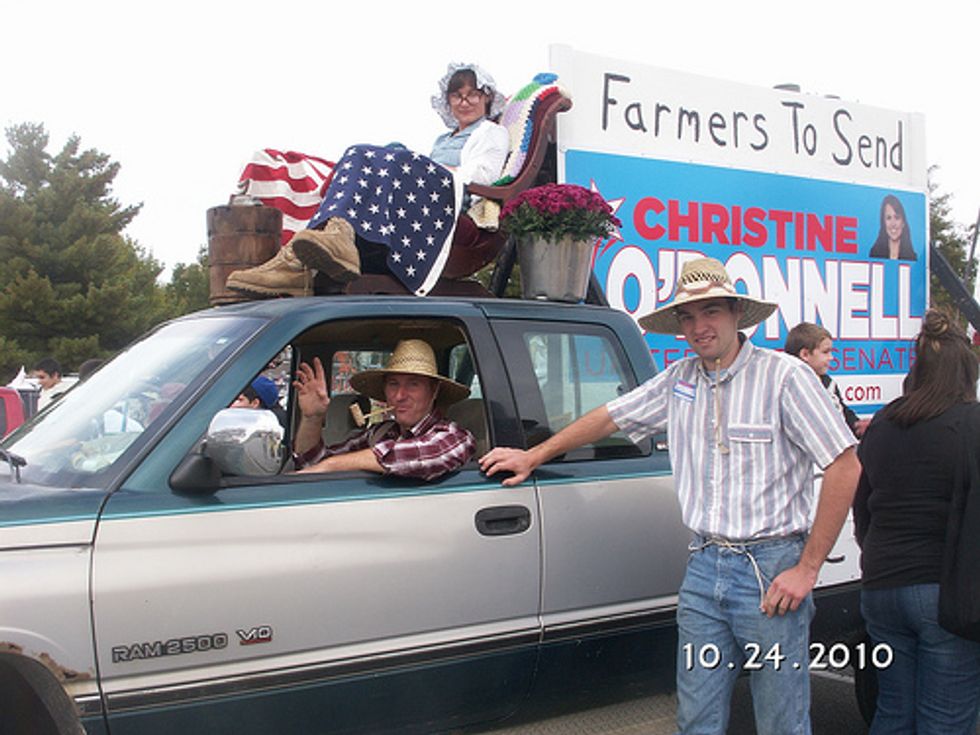 "Coons Camp Expresses Turnout Worries.""Delaware Dems claim GOP intimidation by O'Donnell backers, worry over turnout." OH C'MON, YOU GUYS. Don't tell us this could actually happen. We refuse to believe Americans can actually elect this person to high federal office. Yes, these are Americans we are talking about, but give us a break. So before you join us in our liveblog at 7 pm ET to calm your fears that this woman will actually be elected, let's scare you with this sudden evidence that she actually might.

In an e-mail to supporters early Tuesday afternoon, Coons campaign manager Christy Gleason wrote that the campaign was observing "lower turnout in New Castle and Kent counties than we’re comfortable with."

New Castle County is the northernmost county in the state, as well as the region where Coons was banking on running up his vote total to offset highly energized Republicans in Kent and Sussex counties, less populous areas of the state.

Meanwhile, the state's commissioner of elections, Elaine Manlove, confirmed to The Ballot Box that after receiving several complaints from voters at polling stations Tuesday, she contacted the O'Donnell campaign and asked that it direct its supporters to tone down their efforts.

Haha, "Manlove." Something that Christine... No! We cannot even make a joke about this. We will crack an human egg over James Carville's head if this happens. Stop salivating, media [The Hill]