'Dr.' Jill Stein Pandering to Anti-Vaxxers, Because She Is Awful 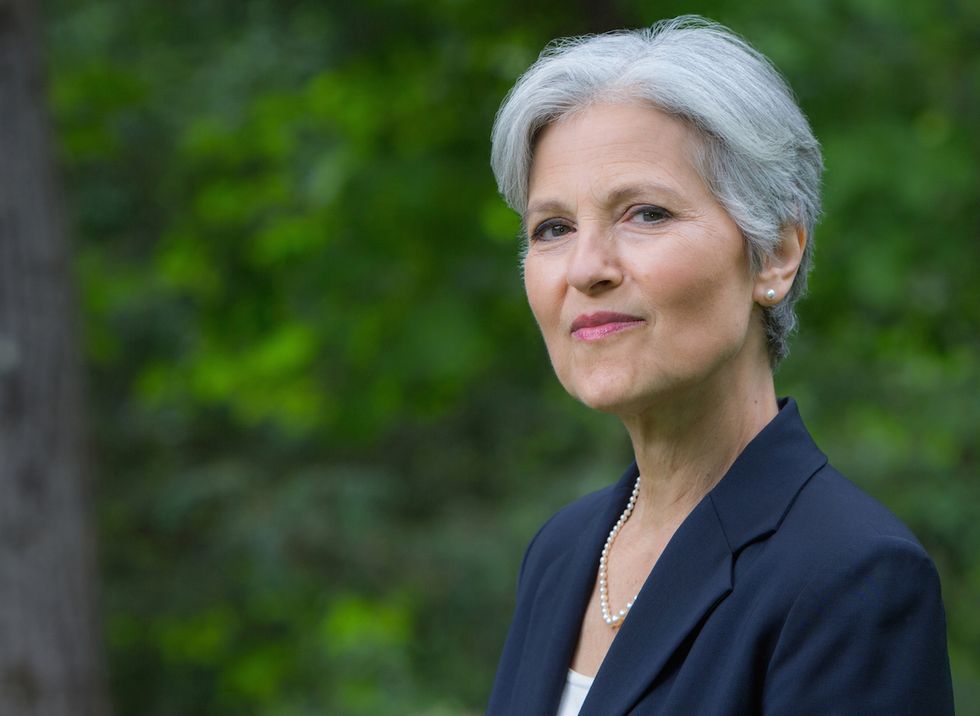 Greetings, flim flammers and rubes alike! It's time once more for the Snake Oil Bulletin, your weekly dose of Dr. la Volpe's Olde Fashioned Miracle Elixir and Grout Remover to cure the ails of your weary world. We're taking a bit of a serious tone this week in order to nip a particularly virulent little growth in the bud. After the end of the Bernie campaign and Hilldawg Clinton's sudden ascension to Grand Queen Supreme of the Democratic Species (that's how democracy works, right?), many of our associates in the Liberalosphere have voiced their support for one Dr. Jill Stein, an also-ran with the important electoral qualification of being Not-Hillary-Clinton. The sudden surge of Stein's apparent support means that we have to address a very important issue before our comment section starts to flood.

Jill Stein is pandering to anti-vaxxers, and that's terrible for science.

In a recent interview with the Washington Post, Green Party presidential nominee Jill Stein was asked about her opinions on vaccines after her party faced backlash for a platform that was damning in its support for alternative medicine and pseudoscience. Stein tried to present herself as a pro-vaccine advocate, but note the language she used:

I think there’s no question that vaccines have been absolutely critical in ridding us of the scourge of many diseases — smallpox, polio, etc. So vaccines are an invaluable medication... Like any medication, they also should be — what shall we say? -- approved by a regulatory board that people can trust. And I think right now, that is the problem. That people do not trust a Food and Drug Administration, or even the CDC for that matter, where corporate influence and the pharmaceutical industry has a lot of influence.

While it sounds like Stein is trying to take a pro-science stance on the issue of NOT DYING FROM PREVENTABLE DISEASE (seriously, why is this stance in dispute?), her language is lifted directly from the anti-vaccine movement. While Stein might not be personally anti-vaccine, she is consciously pandering to the anti-vaccine crowd, and that is just as bad.

With her medical background, why is it that Stein's party platform is so aggressively anti-science? True, it acknowledges climate change because that's kinda the Green Party's whole raison d'etre other than cornering the market on Guy Fawkes masks. However, until just a few months ago, the Green Party was openly in favor of making homeopathy, naturopathy, and traditional Chinese medicine approved by the government and covered by medicare and social security. Serious.

Homeopathy is magical shaken-up water and sugar pills as we've already discussed CONSTANTLY; naturopathy is an unregulated, pulsating mass of every medical woo under the sun, and "traditional Chinese medicine" brought us the kid-murdering assholes behind Slap Therapy.

The Green Party openly supported and promoted all that crap, or at least they used to. Sorta. Widespread internet backlash caused the Green Party to replace that language in their platform with the more lawyer friendly language of "complementary, integrative and licensed alternative health care approaches," but that is still just fancy pants language for woo. Homeopaths can be licensed. Acupuncturists can be licensed. Frickin' Ghostbusters can be licensed. That doesn't mean that science is on their side. If any of it actually worked, science and medicine would be on its side.

Now you might be asking what this has to do with Stein's interview in the WaPo, and the answer is that it reveals what her true stance is. Claiming that you are in favor of "safe" vaccines and getting big pharma out of regulation is not a pro-science stance. As the WaPo itself points out, only 2 of the 17 members of the FDA's Vaccines and Related Biological Products Advisory Committee (or the much easier to pronounce VRBPAC) are members of a private sector pharmaceutical company, with all the rest either being members of science advisories and/or practicing doctors and scientists with prestigious universities. Is that to say that there is no corporate influence on the board? Of course not, but Stein's words are a tacit dismissal of the regulatory agencies as tainted, which in turn casts doubt on vaccines themselves, because in the woo world, an evil corporation will always produce an evil product, kind of like trickle down but for Satan.

We've been covering anti-vaxxers for a while now. We know their language, and Stein is parroting it. That's the thing most people don't understand about the anti-vaccine movement, and why it can be so appealing to otherwise intelligent people: most anti-vaxxers actually do believe that vaccines work, at least in theory. The rub is that they usually believe the current supply of vaccines has been tainted by some pernicious "Other": Big Pharma, the commies, the globalists, the Jews, the Illuminati, or even the persnickety Jewlluminati. It's only the truly unhinged anti-vaxxers like your Natural Newses or your Disclose.TVs who believe that the very technology behind vaccines is fraudulent. Even Jenny McCarthy, long the be-botoxed face of the modern anti-vaccine movement, has stated that she believes vaccines are good, but that she is in favor of "safe" vaccines, believing that the vaccines are somehow tainted by the existence of vaccine manufacturers.

[Q:] What concerns you about private industry working with public health?

[Jenny:] Way too much conflict of interest. Like Paul Offit, who profits off of the vaccine he invented [Offit is a co-inventor of the rotavirus vaccine RotaTeq], is the expert on television and on boards to say which vaccines are safe and which vaccines belong on the schedule, including his own. So for us parents, we say: “Can we have an honest board here? Who’s policing us and our child’s safety when a profiteer is on the board, judging which vaccines should be on the schedule?” To me, that’s bullshit.

In other words, Stein is using the language of anti-vaxxers while claiming to be pro-vaccine. Even if her stated position is that vaccines are necessary, her implication that pharmaceutical companies are making vaccines unsafe reads straight from the McCarthy playbook.

Stein continued with a non-sequitur jab at the left's resident Satan (well, this week):

"Monsanto lobbyists help run the day in those agencies and are in charge of approving what food isn’t safe," said Stein, whose platform calls for a moratorium on genetically modified organisms (GMOs). "There is rampant distrust of our institutions of government right now. The trust level for the presidency is somewhere around 15 percent. The strong confidence in Congress is somewhere around 4 percent, and the same is true of our regulatory agencies."

Stein dogwhistles Monsanto in her vaccine rant, which is incredibly weird since Monsanto is a biotech agriculture company. Sure, if you want to have a discussion about the role of genetically modified crops, Monsanto would be relevant. But Stein was asked about vaccines, an industry that Monsanto doesn't touch.

Stein knows what she's doing here. She is intentionally trying to court anti-vaccine and anti-GMO activists, whose Venn diagrams are increasingly overlapping of late. Anti-science kombucha brewers like March Against Monsanto have been railing against vaccines for some time now, propagating ridiculous myths that autism is a vaccine injury. Stein is actively trying to court these people with her words because she knows it resonates with them. They too claim to be in favor of safe vaccines. So what if they haven't gotten any of their children vaccinated and try to cure their baby's meningitis with syrup and hugs? That's the fault of the doctors for not passing an ever-shifting purity test, not the MoM's inability to read scientific studies without their eyes glazing over.

Look, dear readers, if you support the Green Party platform, by all means vote for them, and good luck to you in your endeavors. But if we on the left are willing to call out Donald Trump for openly courting birthers, conspiracy theorists, neo-fascists, white supremacists, that redneck who tugs his junk at passing cars from his front stoop, and even anti-vaxxers, we have to be able to call out our own side of the spectrum for the exact same behavior.