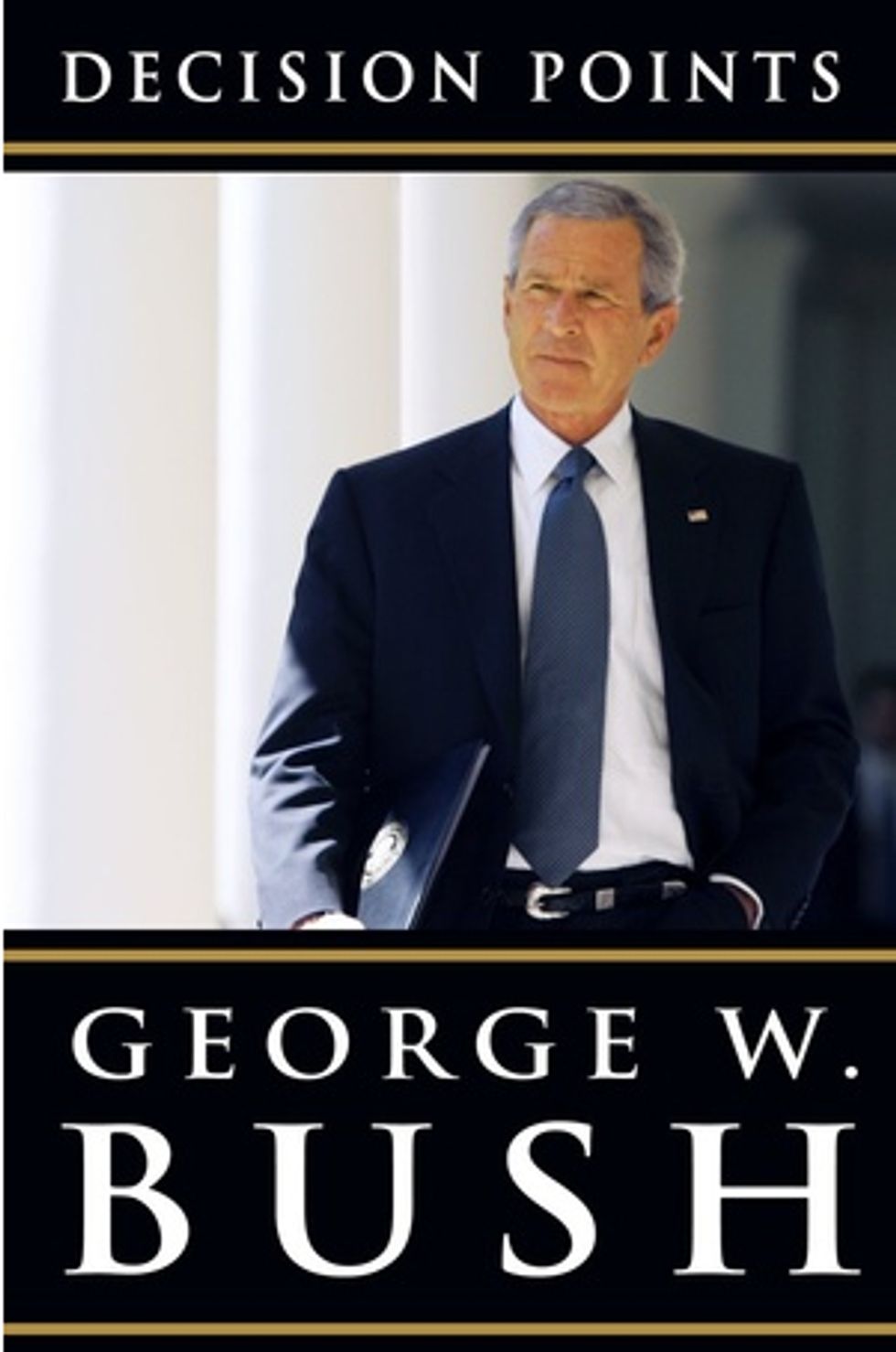 DRUDGE (Druge) SIRENS! The following is an "**Exclusive** **Must Credit**." It has eight asterisks! It must be good! Matt Drudge has been sent an advance copy of George W. Bush's new book or whatever, and he has REVEALED five or so random parts of it. "The president details how he bonded with Crown Prince Abdullah of Saudi Arabia -- and a magical bird!" Wow! George W. Bush found it easier to relate to a really cool bird than human intellectuals? We never saw that coming. Also, it turns out, he thought the was very much in charge of 9/11.

So begins President George W. Bush in the opening chapter ["Quitting"] from the most anticipated book of the season, the DRUDGE REPORT can reveal.

Haha, yes, the most anticipated book of the season, for five elderly conservatives in nursing homes who will have the book bought for them but will not be able to read it.

Arriving angry at Bush's Texas ranch over the president's position on Israel and Ramallah, Abdullah quickly decided he wanted to leave.

But the prince spots a turkey on the road -- and takes it as a good omen, a sign from Allah!

Ohhhh, THAT'S why Bush had such a great presidency. A turkey. It seemed so strange why those 8 years were so refreshingly good for the country, but it makes sense now. And that turkey is why this next good thing happened:

The president reveals he gave the order to shoot down planes on September 11 -- and at first thought the plane in PA had been shot down.

Instant second term right there. Such a brilliant commander in chief, very in charge of the country at its moment of greatest WTF.

Later, at the Pope's funeral -- and after a prodding from his wife that it's a time to "pray for miracles" -- Bush found himself saying a prayer for the cancer-stricken ABCNEWS anchor Peter Jennings.

That one worked too! [Drudge Report]