Dudes, *Nobody Cares About Merrick Garland* 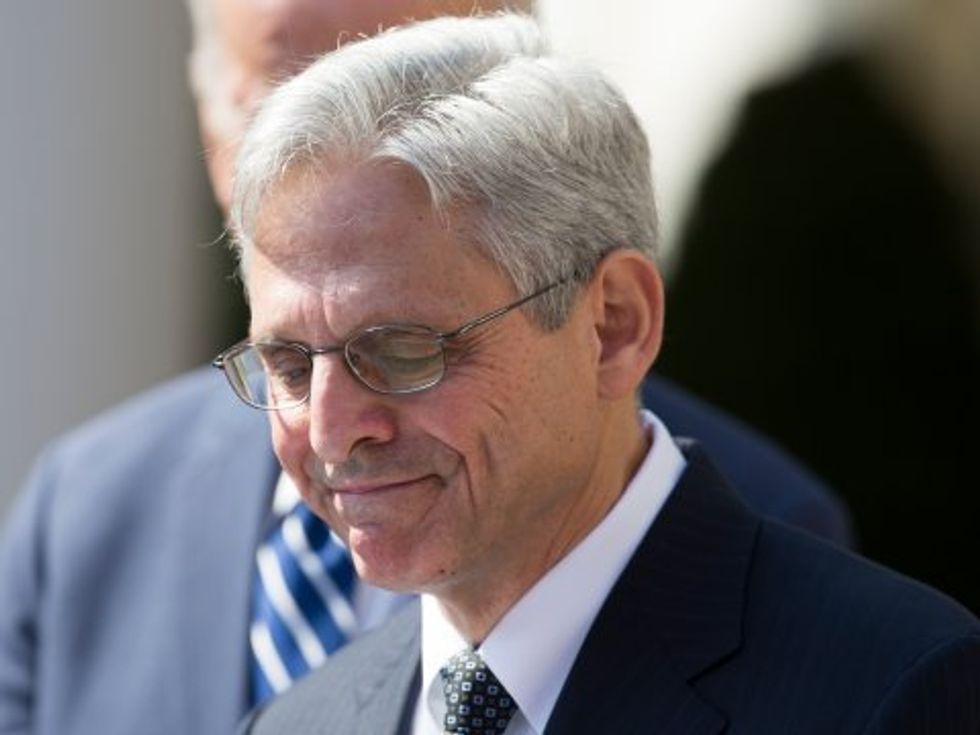 You know, and I know, that President Obama's nominee to the Supreme Court, Merrick Garland, got fucked by Republicans. Not just Garland: All of us. Mitch McConnell and his merry band of nihilists stuck their dicks in the eye socket of "the concept of advise and consent" and "number of years of Senate tradition" and "not stealing things that don't belong to them" and pumped weakly until their dusty old sperms dribbled out to die.

We know Mitch McConnell made up his "rule" about not confirming a Supreme Court nominee in the last year of a president's term. We know Ted Cruz, John McCain and all the other "principled" senators promised that if Hillary Clinton became president, they would hold that SCOTUS seat open for four or eight years. We know they are amoral pieces of shit, and that process matters.

But you know who doesn't know that? At least half the country. And when we talk about "Merrick Garland" and how the Supreme Court seat was "stolen" (which it was, and which, unlike all the things McConnell says are unprecedented, like filibustering a Supreme Court nomination or nominating one in an election year, is actually unprecedented), then Mitch McConnell can just make some lies with his turtle mouth about "Joe Biden" or "whatever the fuck Mitch McConnell is talking about today" and half the people will say, hmmm, elections do have consequences, stop whining Democrats and let the nice man into the seat conservatives OWN because it is the law that conservatives have at least a five-four advantage on the Supreme Court, everyone just knows that.

In an alternate universe, Merrick Garland politely refuses to say how he'll vote on a challenge to President Clinton's expansion of Obamacare.

Such a nice, well-spoken sociopath.

You know what people might care about? Things that affect them. Does the Democrats' nomination being stolen affect them? Sure, but it's abstract. What affects them more concretely -- a thing people can understand as affecting them -- is that Neil Gorsuch ruled that if you didn't let your employer force you to literally freeze to death on the job, they could fire you. And if you asked to take an extra week working from home during your leukemia treatment, because there was a flu outbreak at your workplace and it could kill you,your employer could fire you. Never mind that employers also get to determine your filthy, slutty sex life by vetoing your ability to get birth control through legal health plans, or that judges building off that decision said employers can bash trans folks, that kills hardly anyone, so never mind it.

Democrats are filibustering Neil Gorsuch's nomination to the Supreme Court, as they very well should. (For a fun look at Neil Gorsuch being extremely weird to women of color, read Lithwick. Of course, you should always be reading Lithwick without me telling you to, so hop to it.)

And now, having been told they did not have the 60 votes necessary to break a filibuster, the Republicans are getting rid of the filibuster all together. Is this a shanda? OF COURSE IT IS. And you know that. And I know that. (Josh Barro doesn't know that; Josh Barro also didn't know that the whole "no vote in the last year of a term" was a lie, and when reminded doubled down that that wasn't the point, because "Democrats would do it too." Then he brought up Robert Bork, whom Republicans joined with Democrats to also vote against because he was an amoral scumbag to whom Nixon promised a Supreme Court seat if'n he'd just fire the special prosecutor, AND HE DID. Barro, just say you were wrong and move on, it'll hurt but it won't actually kill you. What kills you are Gorsuch rulings for employer rights.)

John McCain is very sad he's being forced to kill the filibuster -- the thing that's supposed to guarantee some sort of rights of the minority -- by dastardly Democrats saying "this guy's a nutbar, and we ain't voting for him (and also MERRICK GARLAND)." John McCain said six months ago that he would not vote for any nominee President Hillary put forward. His crocodile tears for the rights of the president to get any nominee he would like are pretty fucking rich. Or, to put it more Wonkettely, John McCain is full of dry, hard, dense old man shits that are probably ripping up his rectal tissue RIGHT NOW.

Should you and I remind John McCain of this early and often? Yes, we should. But if you want the American people to care about what to them is a very arcane slapfight easily explained away with "News at 11, Democrats whining again," remind them: Neil Gorsuch ruled that a trucker had to freeze to death to keep his job driving truck.

And say it like "driving truck" too, that means you know your shit.

Wonkette hardly ever makes its employees die. Won't you help us continue not doing so?