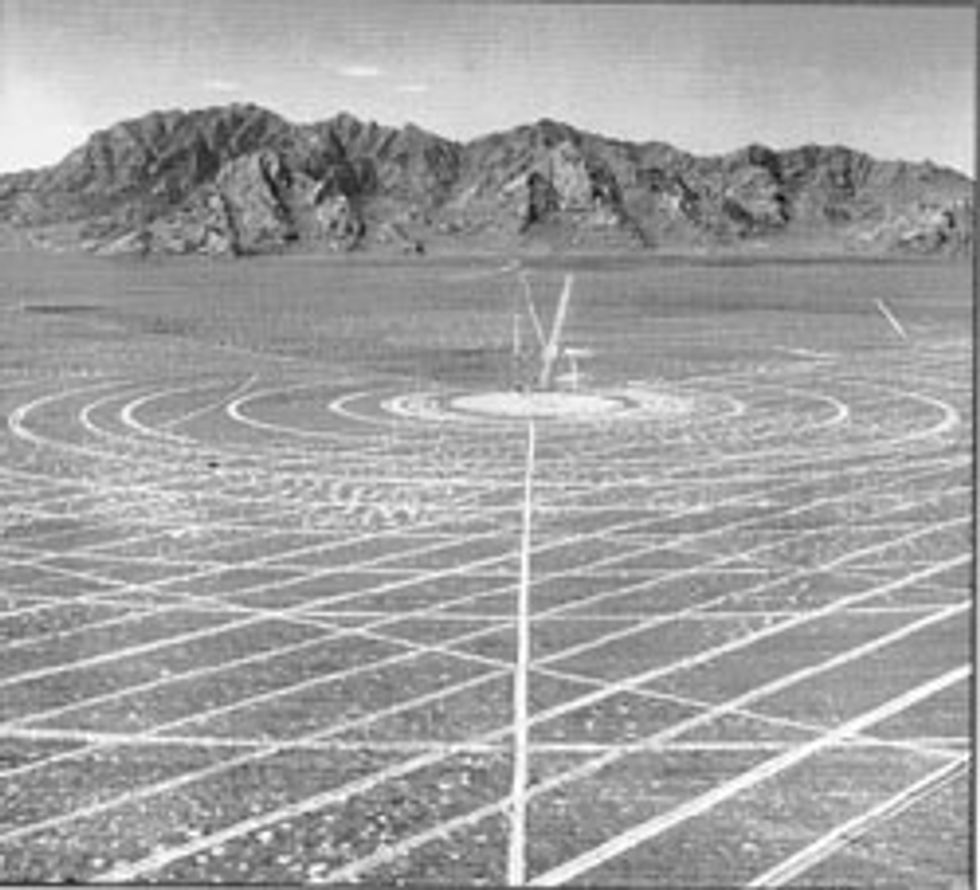 Dugway Proving Ground, a massive Army base in Utah along the border with Nevada, has been under lockdown for many hours now because of some kind of "national terror alert" to "resolve security issues." Dugway is a bioweapons lab and supposedly home to secret military aerial projects. More than 6,300 sheep died near the proving ground in 1968 when a cloud of "nerve agent" hit the livestock herds in Skull Valley. Dugway is also where the U.S. Government has been testing weaponized Anthrax as recently as 1998. The Twitter feed tonight is kind of terrifying.

Seven hours after the lockdown and there's still no explanation.

Gah, anyway, we have no idea what's going on. The police scanners in the area are no longer operating -- not the web streams, anyway -- and the Twitter is filled with local reporters asking for information from anybody. There are 2,000 people locked down on the base, apparently. [Salt Lake Tribune]

UPDATE: As of Thursday morning, the lockdown has ended but the whole thing remains a Total Mystery, as the Army won't say what happened. [Salt Lake Tribune]