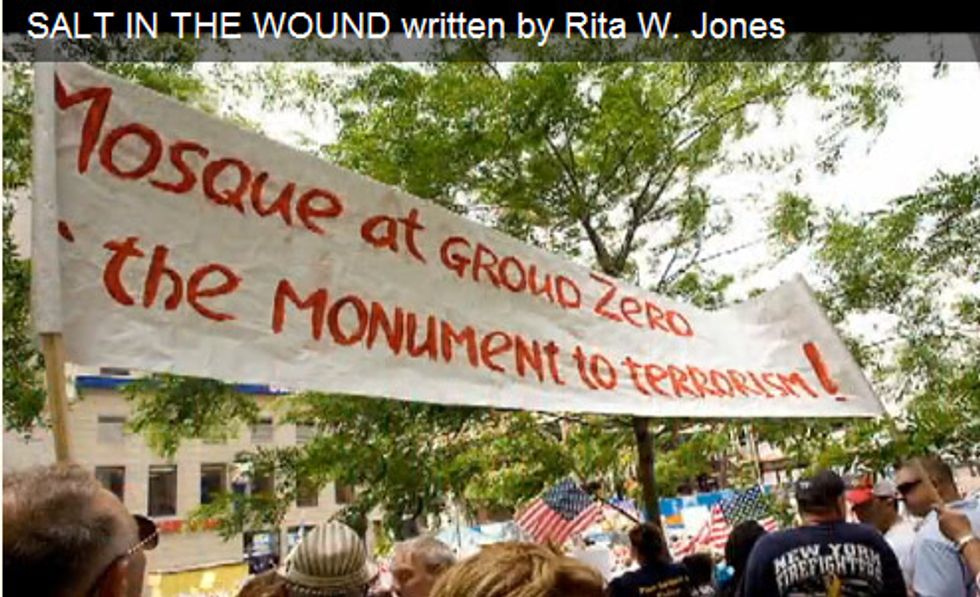 Did you spend the weekend rocking out to the Mosquetard anthem "Keep Your Hands To Yourself"? Well then maybe you've already noticed this special part of the video, at 0:39, when the Doofus Forces of Justice raise this banner in support of "Groud Zero, the monument to terrorism!"

America's differently-abled freedumb fighters tend to have trouble spelling the dumb shit on their signs and banners and trucks, but this particular piece of visual evidence also calls into question their comprehension of the supposedly Hallowed Ground of the WTC site. Is it truly a "monument to terrorism"? And if so, does that mean these wingnut slobs are actually protecting Islam and America's Muslims from being associated with this nation's vile "monument to terrorism," which is the "Groud Zero" home of 9/11? Thanks to weeping-eagle-eyed Wonkette/Twitter operative kandriulli for spotting this historical gem.