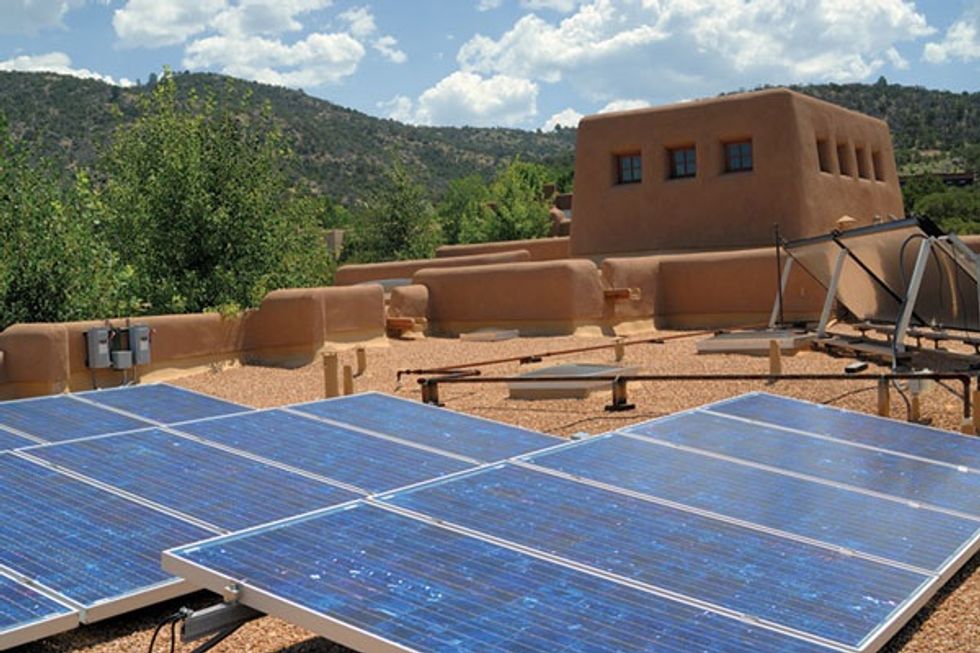 In what's just the latest of several similar moves to make customers who have rooftop solar electricity systems "pay their fair share" for being less polluting, the largest utility in New Mexico, PNM Resources, has proposed a surcharge on home solar customers, aimed at keeping those damned greenies from getting a free ride for the cost of their connection to the power grid.

You see, people with home solar are a pain in the ass for conventional utility business models. On the one hand, yay for them getting clean energy from the sun and even selling extra energy to the grid from their little rooftop photovoltaic systems. On the other hand, maintaining a connection to the grid does cost something, as a spokeswoman for PNM, the mellifluously named Susan Snyder Sponar, explains:

“With solar customers who don’t use a lot of energy, other customers are actually picking up a greater piece of the cost” ... Sponar said that most of the costs for maintaining their grid are not in fixed customer charges, but in energy charges. Since solar customers are generating a lot of their own energy, they aren’t paying the full cost of keeping the grid at the ready.

The proposed new fee would add between $18 and $30 monthly for most solar users, depending on the size of their system and their use of energy. Sponar presented it as a matter of simple fairness, since "when the sun doesn’t shine, or the home system doesn’t generate enough electricity, [solar customers] rely on the grid too.”

On the other hand, making solar more expensive to use will also have the added benefit of discouraging new solar installations, which should help the utility sell more conventionally generated electricity.

Mariel Nanasi, head of clean energy advocacy group New Energy Economy, argued that PNM has a long record of “trying to quash solar in New Mexico” and that the utility is the “big bully in the state.” Besides, PNM is considering buying a coal mine, and how is it supposed to stay profitable if it has to maintain connections for a bunch of hippies who aren't down with coal?

Also, too, even though there is a cost to keeping solar customers connected, there are larger benefits to subsidizing home solar:

In addition to the New Mexico utility, fellow sunbelt states Arizona and Florida have both had their own recent victories against the sun, increasing fees and cutting renewable energy mandates. Not surprisingly, in both those states, lobbying efforts by Koch Industries have helped to secure profits for dirty forms of electricity generation. Thanks, ALEC!