Dumb Virginia Democrat Doesn't Even Want To Own Slaves! What A Idiot! 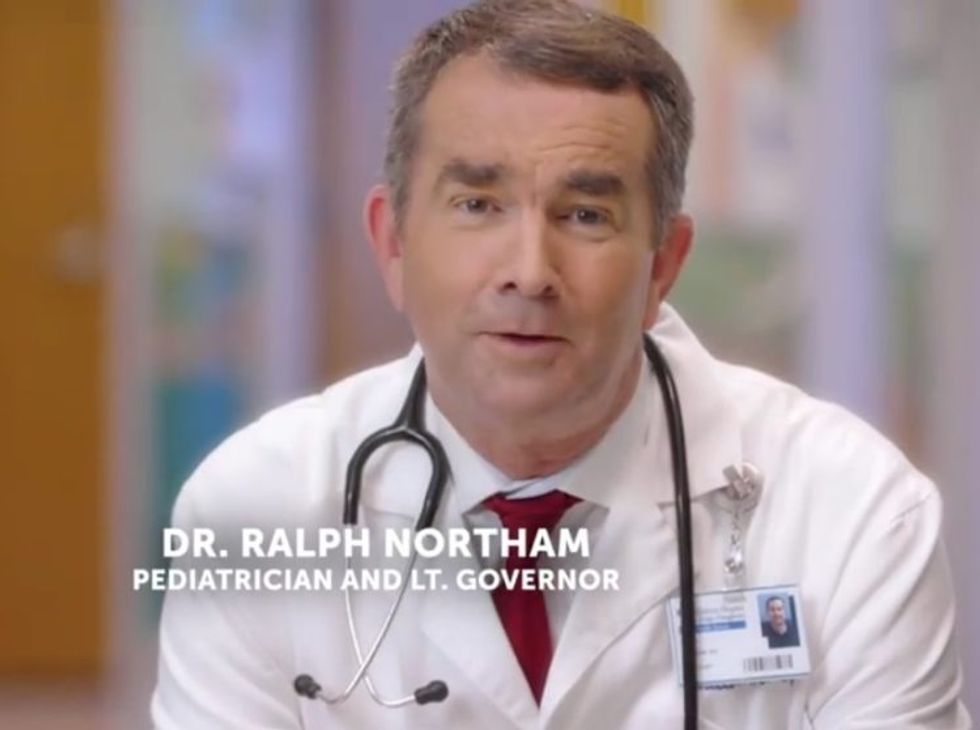 Modern medicine betrays the heritage of leeches and surgery without anesthetics

In what has to be the stupidest stretch of logic -- today, at least -- in the ongoing dialogue over the removal of Confederate monuments, the Virginia GOP posted a weirdass condemnation of Democratic Lt. Gov. Ralph Northam, who's now running for governor (Terry McAuliffe is term-limited). You see, Northam has called for the removal of Civil War Participation Trophies, since they honor actual traitors to the USA, and were mostly erected to reinforce the post-Reconstruction myth of the "Lost Cause" -- historically, they have more to do with reinforcing white supremacy than anything else. Ah, but the state GOP thought it had a real winner of a slam on Northam, whose ancestors actually owned slaves:

How dare you turn your back on your family's rich heritage...of owning slaves? Democrats were quick to point out that the tweets stopped just short of -- or hell, skidded well into -- calling Northam a traitor to his race.

After about four hours, the state party finally realized maybe they weren't getting quite the sort of attention they wanted, and they removed the tweets. Northam, on the other hand, was happy to leave his reply up, what with being on the right side of history and all:

Ed Gillespie is, of course, the former RNC chair and the Republican nominee for governor. His own Twitter feed carefully avoided any mention of the state party's Tweet.

Some Republicans were also left gobsmacked, as the Washington Post notes:

Even a conservative blog, The Reagan Battalion, jumped in, asking the Virginia Republican Party “Was your account hacked?”

Former delegate David Ramadan, a Republican, tweeted: “Have you lost your minds – who is in control of your twitter act?”

No, they didn't say what they originally intended, either. They're probably just going to lay low and wait for Donald Trump to say something dumb that'll take the heat off them. Not that anyone should let them -- we hope everyone starts asking them how they did mean that.

Virginia GOP executive director John Findlay was very, very careful in whitewashing the tweet and pretending it never could have meant anything untoward:

“We said that Ralph Northam is turning his back on his heritage and family. It is because his great-grandfather fought for the side of the Confederacy and was wounded during the Civil War,” Findlay said. “When he wants to tear down monuments dedicated to those killed in action and wounded during the war, he is literally talking about a member of his own family.”

Findlay was also quick to note that a survey of Virginia voters found a very slim majority want Confederate monuments to stay on public land. That would be a whopping 51 percent. Then again, 51 percent is a number Donald Trump would dream of getting in an approval poll.

The apology became fodder for a new round of critiques, of course:

Though frankly, some people just went for the thuddingly obvious:

Also obvious: it's your OPEN THREAD!

Yr Wonkette is supported by reader donations. Please click the "Donate" linky to assure we have a heritage Donna Rose can someday turn her back on.