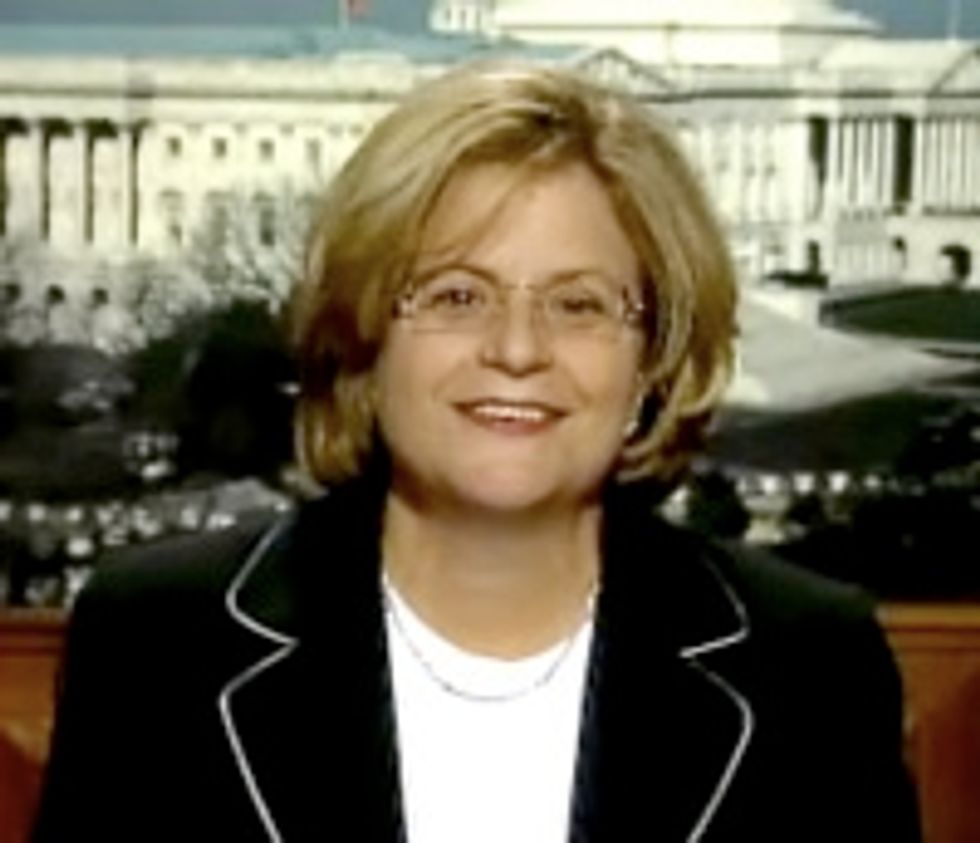 This dingus Ros-Lehtinen is apparently the ranking Republican on the House Foreign Affairs committee, so you would think she'd be used to taking phone calls from important people, but perhaps not! Because she hung up on Barack Obama, and then she hung up on Rahm Emanuel, and then finally after the chairman of the Foreign Affairs Committee called her she agreed to talk to this "Obama" character.

She thought the whole thing was a radio station prank, because usually when she gets a call from an important politician they're demanding illicit bathroom sex or whatever.