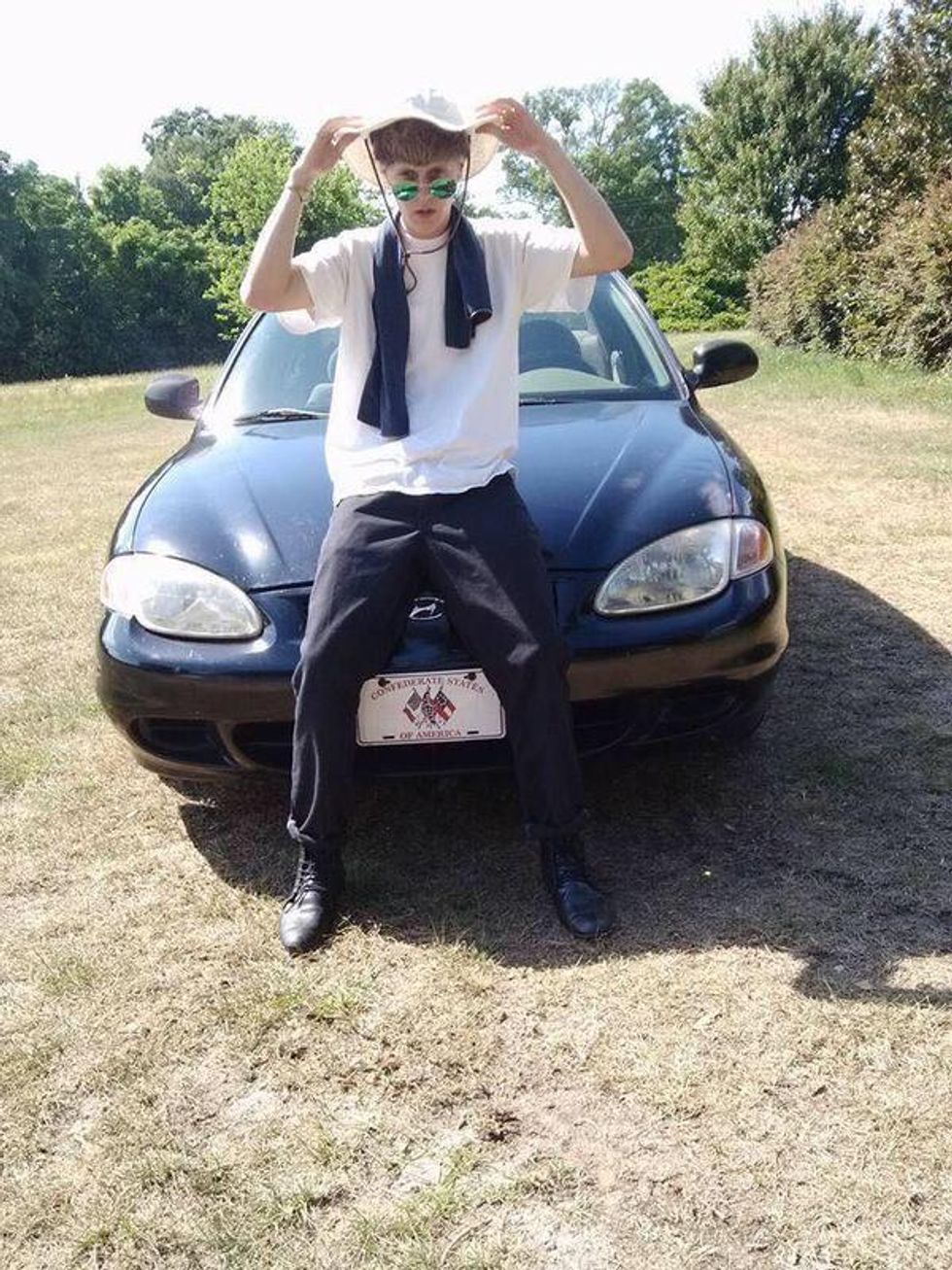 Perhaps now we can stop looking for some way to explain how a young white man murdering nine people in a black church -- after telling his victims he was there to kill black people and "you have to go" -- was not really about race:

One of the officials said that Roof, who is white, told investigators that he wanted to start a race war.

The not-about-race explanations started before Roof was identified on Thursday as the suspect and later arrested. Fox News speculated that it was an assault on Christians. Rick Santorum also suggested that the shooting was an assault on religious liberty. Lindsey Graham said that while he "can't explain" why someone would commit such a heinous act, he did add "there are people out there looking for Christians to kill them." And Alveda King, conservative "pro-life" activist and niece of Martin Luther King, said sure, sure, maybe race had something to do with it, but the real reason this tragedy occurred is abortion.

Meanwhile, South Carolina Gov. Nikki Haley, who's pretty sure the state officially ended racism when she was elected and sees no problem with the state continuing to fly the Confederate flag, said Thursday in a statement on Facebook that "we do know that we'll never understand what motivates anyone to enter one of our places of worship and take the life of another." That was before Roof (also, by the way, a fan of the Confederate flag) was identified as the suspect and before he confessed to the murder and before he said his motivation to enter that church was to kill black people to start a race war.

But maybe we still don't know the real real reason, and we never will. No matter; Gov. Haley said Friday "we will absolutely will [sic] want him to have the death penalty." That should help because vengeance is ours, sayeth the Lord, and also, ever since Boston Marathon bomber Dzhokhar Tsarnaev was sentenced to death in May, everyone has learned their lesson and no one in America has committed any murders.

We've learned a lot about Roof since he was identified and apprehended Thursday: that he apparently wore the flag of white supremacist Rhodesia; that, according to survivors of the shooting, he told them he was there to kill black people; that his roommate says "he'd been planning something like that for six months" and "was big into segregation"; that another friend claims Roof was obsessed with Trayvon Martin and Freddie Gray and insisted that "blacks were taking over the world" and, he believed, "Someone needed to do something about it for the white race."

But maybe none of that is the real point. Maybe, despite Roof's confession, his real motivation was about a war on Christians. Or because there's so much abortion in our country that he doesn't know it's wrong to slaughter nine people in a church, who just happen to be black. Perhaps we'll never know the real reason, despite Roof saying what the real reason is. The last thing we'd want to do is jump to conclusions to make a racist hate crime about race, even when the confessed murderer is telling us that's exactly what it is.