Earth: It's A Great Neighborhood Until The Vogons Need Their Bypass, And More In Your Weekly Sci-Blog! 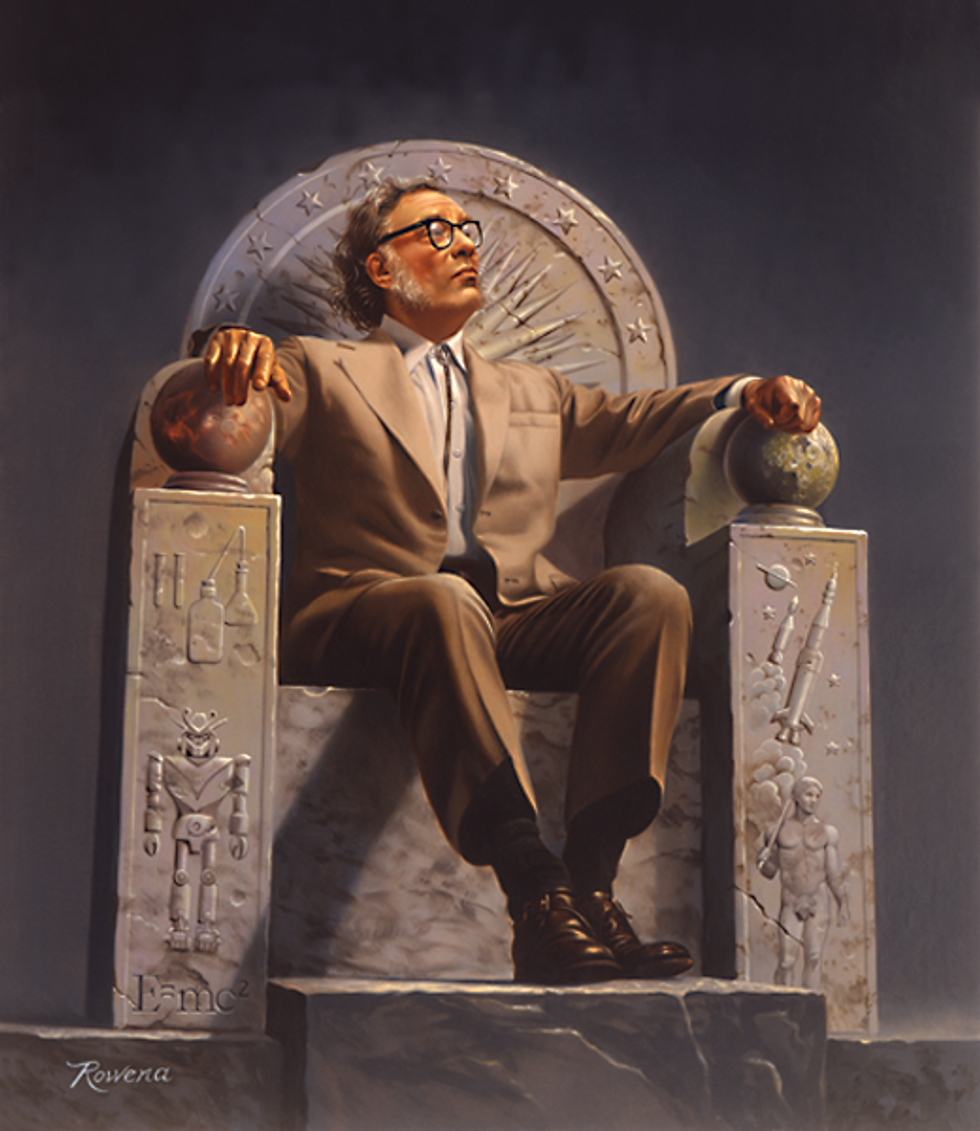 Hello, Hominids! Here we go with another ridiculous Sci Blog-in. It's that time of the week once again (for reasons that remain mysterious) where we all talk about strange, complicated science stories, stare at gorgeous pictures of the Natural World, and recoil in horror at disgusting examples of animals that perfectly illustrate Nature's marvelously weird sense of humor.

This Earth of ours is just the perfect place for us to live, isn't it? Its ozone layer protects us from UV radiation, the magnetic field keeps the solar wind from blowing the atmosphere away , there's plenty of water and the temperatures are just about right. Of course, over the Earth's 4.5 Billion year life it wasn't always this way. At times the  weather outside was downright lethally Frightful. The early earth was a brutal place, what with the Iron Catastrophe, the Late heavy Bombardment and the (likely) Giant Impact with a Mars-sized object that melted the entire planet and peeled off enough of its crust into orbit to form the Moon.

We think that conditions on Earth finally became stable enough to generate life at around 3.7 Billion years ago. The classic early Miller-Urey experiment that generated amino acids from simulated early earth conditions is just one possible pathway to living organisms. When Life did take hold on the early Earth, it gradually overspread the globe, changing both itself and the global environment in the process.

It's remarkable to me just how deeply Earth's living things have wandered to the furthest reaches of the world.  Finding a huge, active community of microorganisms 7 miles down in the pitch dark, frigid, pressurized Mariana Trench really is remarkable though. An international team of researchers, led by Prof. Ronnie Glud from the Nordic Center for Earth Evolution at the University of Southern Denmark, developed special instrumentation for measuring bacterial activity in sediments and sent them to the ocean floor via unmanned submersible. Direct measurements are the only option, as any bacteria adapted to these depths die on their way to the surface. All over the world, in the strangest places, Life Goes On.

NASA Administrator Charles Boulden came before the House Science, Space and Technology Committee on Tuesday to give them an update on how well we are preparing in tracking and deflecting Near Earth Objects - like the asteroid that damaged Chelyabinsk in the Russian Urals last month. He was asked by Rep. Bill Posey (R-Florida), “What would we do if you detected even a small one like the one that detonated in Russia headed for New York in three weeks? What would you do?” “The answer to you is, if it’s coming in three weeks, pray,” Bolden said.

The European Space Agency released the most comprehensive map ever of the Cosmic Microwave Background radiation, the echo of the Big Bang that started the Universe. This sky map of Very Old Light was generated over 15 1/2 months exposure time by the ESA's orbiting Planck space telescope.

Here is the extremely disturbing  Australian Gastric Brooding Frog which - you guessed it - swallows its eggs, incubates the hatchling tadpoles in its stomach and "gives Birth" by spitting tiny froglets out of its mouth. That is, the frog did these things before it became extinct in 1983. Australian scientists are intent on bringing it back with the Lazarus project, which admittedly sounds like what would come out of an ill-advised office party in Jurassic Park. Unfortunately, none of the embryos have survived past a few days, so you won't have to worry about being overwhelmed by an army of frogs vomiting babies at you out of their dirty little lips quite yet.

In honor of Wonkette's CPAC Sick Week, meet Vomiting Larry, the world's first purpose-built Projectile Vomiting Robot. Developed by British researcher Catherine Makison-Booth to study the spread of Norovirus, this "Humanoid Simulated Vomiting System" would be just the thing to answer the door for those pesky religious pamphleteers, wouldn't it?

A team of Doctors, Engineers and surgeons has developed a machine that has successfully kept a donor liver alive and functioning outside a human body until it was successfully implanted. This technology is far superior to the current technique of packing the organ in ice and has the possibility to revolutionize the Live Organ Donation business.

Good News, Californian Sea Slug Fanciers (you know who you are)! The shocking blue nudibranch, Felimare californiensis, also known as the California chromodorid is on its way back from local extinction.

In Squid News this week: Genetic studies on the Giant Squid, Archeteuthis dux, have revealed that they are all one big happy family. Professor M Thomas P Gilbert of the Natural History Museum of Denmark and his team examined the genomes of 43 giant squid samples from all over the world and found that they were amazingly similar. Although these animals are notoriously reclusive homebodies, the genetic evidence suggests there is one global population.

If you're lucky enough to be able to itemize your Federal Income Taxes and need more deductions, why not consider a generous donation  to a needy Scientific Research organization? Were you aware that organ donations can be tax-deductible? They are, and why not consider a gift of Brains? We at the Utility Medulla Research Kitchen (UMRK) are only halfway to our goal of completing the Large Organic Linked Parallel Processing Computer. Don't miss out on your chance to be a part of history and a big sinister looking machine. Thanks for your support, Wonkeratti!