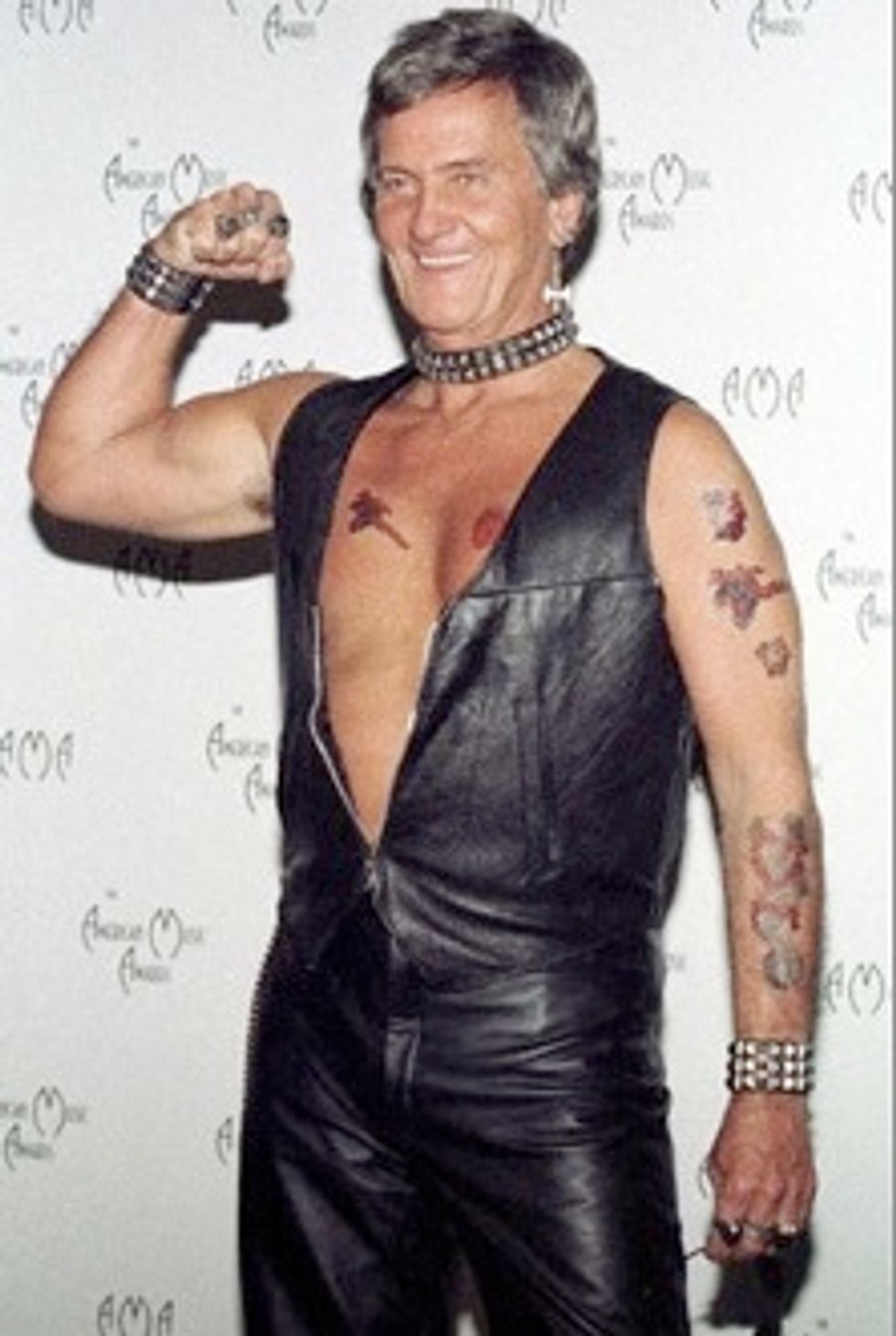 What happens when you're super angry about a Negro somehow becoming president, but there are no longerspecific laws against a Negro becoming president? Make up something else! Better yet, make up something that can never be disproved, to you, because you can just dedicate yourself to saying, "Nah, that is FAKE somehow!" Perfection. And guess who just joined the "Birther" club? Once-famous right-wing asshole and talentless fruitsack Pat Boone, who made a living half a century ago stealing the black man's music, that's who.

There were two white boys who did sexless cover versions of black rock 'n roll in the 1950s so that the music was "safe" for white racists to enjoy, and exactly one of them was actually talented: Ricky Nelson, who went on to make sublime alt-countryhippie music and then died in the crash of Jerry Lee Lewis' old airplane, in the 1980s. Meanwhile, the other one, this dumb mean sausage, continues to exist, spooging out nonsense for goddamned Newsmax. [Washington Independent]