Election 2012: Be Afraid. Be Very Afraid 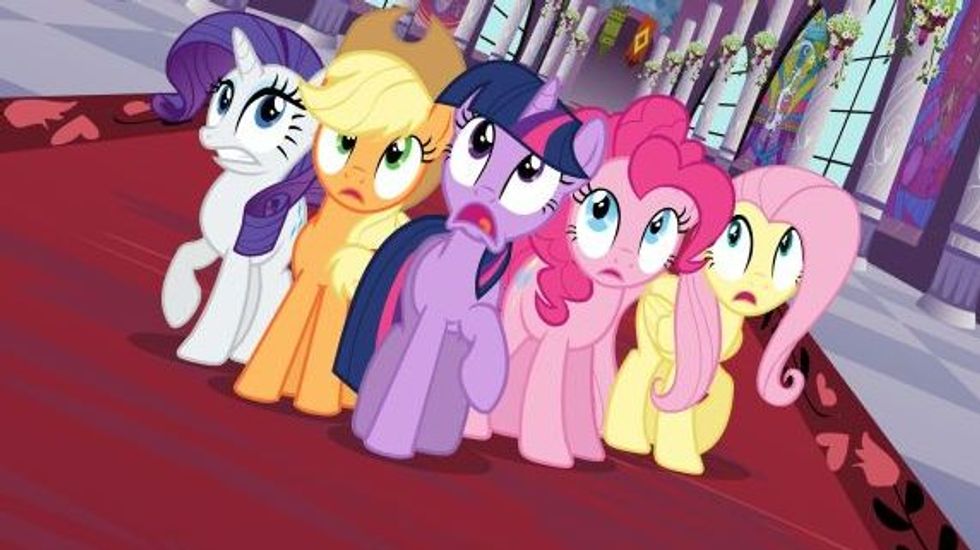 Here is your Halloween Horror Story Scary Post! Victoria Collier has aterrifying account of electoral spookiness in the current Harper's Magazine.* Spoiler alert: Collier suggests that it is entirely possible that the GOP will be able to rig computerized voting machines to ensure that Mitt Romney wins the Presidency...and further, there's no way to tell for sure whether a Romney victory is the result of a legitimate vote count, or out-and-out electronic fraud.

This is one of those stories where you can't help wondering just how paranoid to be. On the one hand, Collier has solid evidence that something nasty could be happening in the computer shed. On the other hand, there's no definite proof that it has happened...just lots and lots of suspicious maybe-traces. And nobody wants to be relegated to the tinfoil-hat brigade, which feels like the near-certain result of insisting that there's a big ol' conspiracy out there.

Every one knows that small-time electoral ratfucking is no surprise. It's common knowledge that Karl Rove torpedoed John McCain in the 2000 South Carolina GOP Primary (Really, we knew that, we were just testing if YOU were paying attention. Yeah). We readily accept that a scuzzy local operative might toss a pile of voter registration forms in a dumpster, or that a local elections board might "accidentally" mail announcements with the wrong date for the election printed on one side -- the Spanish side -- of the card... But massive vote-rigging on a scale that could deliver a whole state, or several states, regardless of the actual vote totals? Come on. That's the sort of thing that right-wing loonies freak out about, not us. It feels intuitively comparable to 9/11 trutherism, or the automotive engineer who blogs about how Einstein Had It All Wrong -- it's an offense to our bullshit detectors. Or perhaps it just seems like such a 19th-century, Boss Tweed kind of wholesale corruption that our modern Good Government brains don't want to even stoop so low as to consider it -- that sort of thing just doesn't happen any more.

Only a wild-eyed zealot would look at such a ridiculous assertion and insist, "And yet I tell you IT IS TRUE!"

And yet we tell you, umm, yeah, Collier's article actually scares us. We think. A little.

First off, the technology: Electronic voting systems are almost ridiculously hackable. Collier details a few of the security concerns, but mostly it comes down to a litany of different systems where computer people (real experts, we mean, not computer-generated people like the background crowds in movies or Willard M. Romney) have identified the systems' "appalling security flaws" and then said "Holy shit these systems are really, REALLY hackable!" And these are fairly sober, well-respected organizations, including the U.S. Department of Energy computer lab, the "bipartisan Commission on Federal Election Reform, chaired by Jimmy Carter and James Baker," and

researchers from Johns Hopkins, Princeton, Rice, and Stanford Universities, the Brennan Center for Justice, and the Government Accountability Office (none of them institutions hospitable to “tinfoil hat” conspiracy theorists).

Ok, but so far, we only know that it could happen, right? But that doesn't mean it did happen. After all, we make fun of James O'Keefe all the damn time for his stoopid videos showing that in-person voting fraud is possible, and then we call him a paranoid doodybrains for being so misleading. Knowing that armed robbery is illegal doesn't mean that we need strip searches at the doors of retail stores, right?

But then there's the electoral data that just doesn't look right: The improbable gap in 2004 between the exit-poll data that showed John Kerry winning handily in several states, especially Ohio, and the touch-screen voting machines that gave Kerry a far smaller percentage of the vote. The strange 2010 Democratic primary victory of unknown strange person Alvin Greene, who did not campaign at all, against a former judge and state legislator, in an election where "Voters and campaign workers reported that the...touchscreen machines 'flipped' votes to Greene all day long." Even Martha Coakley's loss to hair farmer Scott Brown in the 2010 special election in Massachussetts begins to look suspect -- yes, Coakley ran a terrible campaign and Brown had help from enthusiastic Tea Partiers, but on the other hand,

According to the [Election Defense Alliance], in all seventy-one locations where ballots were counted by hand under public observation—more than 65,000 ballots in all—Coakley beat her opponent by 2.8 percent. Their analysis also showed that computer-counted communities were more Democratic by registration and historically less likely to support Republican candidates.

And then there's all the sketchy deals involving GOP stalwarts who just happen to own voting-machine companies. And the press and Democratic office-holders who may have suspicions, but are understandably leery of being tarred with the "conspiracy theorist" label. (We completely understand that fear. We feel a little like wearing a colander as we type up this post. But our colander needs washing...we really should get to that.)

Happily, there may be some hope that the problem can be addressed without the use of HAARP, e-meters, or alien hybrid technology reverse-engineered from wreckage found at Area 51, but it may involve an idea even more "wacky" and "far-out" than any of those: Germany and Ireland have effectively barred computerized voting systems through judicial decisions and follow-up legislation. In both countries, vote counts "must be something the public can authenticate -- and without any specialized expertise."

So to clean up our elections and make electronic ratfucking impossible, all we need to do is adopt voting reforms from Europe.

We are so screwed.

*It's the November cover story; sadly, the website has only a short excerpt unless you subscribe...and even a subscription entails a 1-2 day wait for online access. We are unsure whether this is because the Harper's web-concern runs on manual typewriters, pneumatic tubes, and copy-boys on velocipedes, or if it's perhaps an ironic commentary on the fallibility of technology. Sure, print's kind of a drag, but you might want to just go to a "news stand" and purchase this magazine.