Elena Kagan Is Finally *Officially* Nominated For the Supreme Court 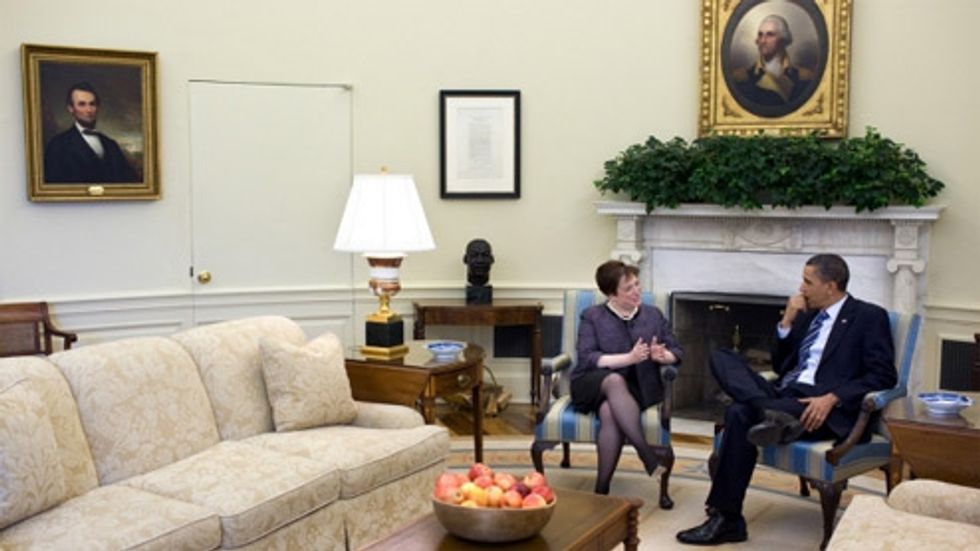 And here's the White House picture/blog announcement making the old weekend news "official," that Elena Kagan has been nominated to dig up John Paul Stevens and take his magic bow-tie: "Widely regarded as one of the nation’s leading legal minds, Solicitor General Elena Kagan has forged a path-breaking career in the law and in government service, distinguishing herself throughout by her penetrating intellect, unwavering integrity, sound judgment and prodigious work ethic." Eh, no wonder liberals/conservatives hate her. [White House]