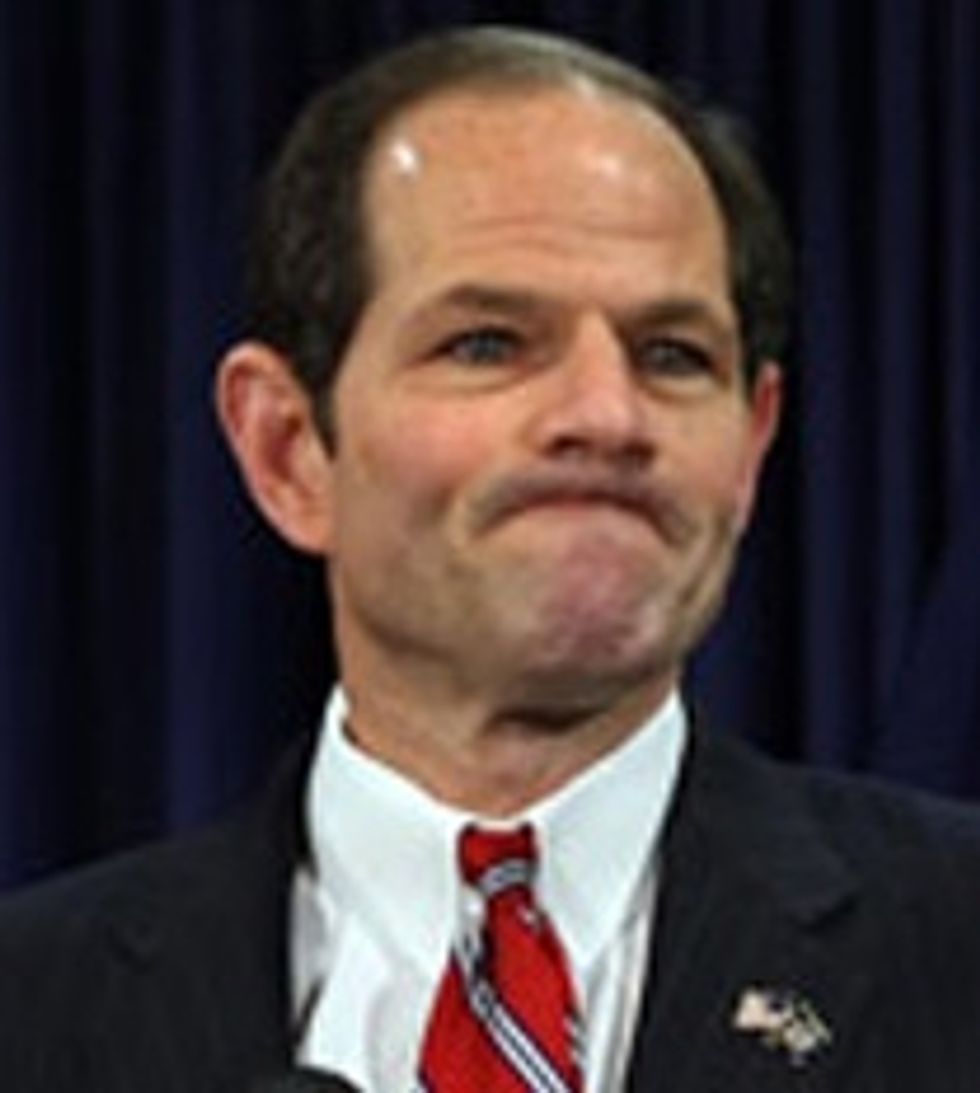 Eliot Spitzer, the beloved Democratic ex-governor of New York and our nation's personal Batman in the fight against prostitution, will not be charged for his innocent role in repeatedly hiring expensive prostitutes to have sex with him all over the Eastern Seaboard, because now Democrats run the entire world and ain't nobody ever going to jail again for simple gettin' busy, heh heh.

Wait, who is this guy again? What did he do? Ah, yes, he was a terrible fraud. He thought he owned The Law, and New York, and everything in between. He went around bustin' balls because he was the Pure Prince of Wall Street and the Worst Enemy that Corruption had even seen. But he also had a terrible weakness for two-whore-diamond hookers, procured through the very NYC escort agencies he loved shutting down. In other words: Asshole!

No Federal Charges Against Spitzer [NYT]