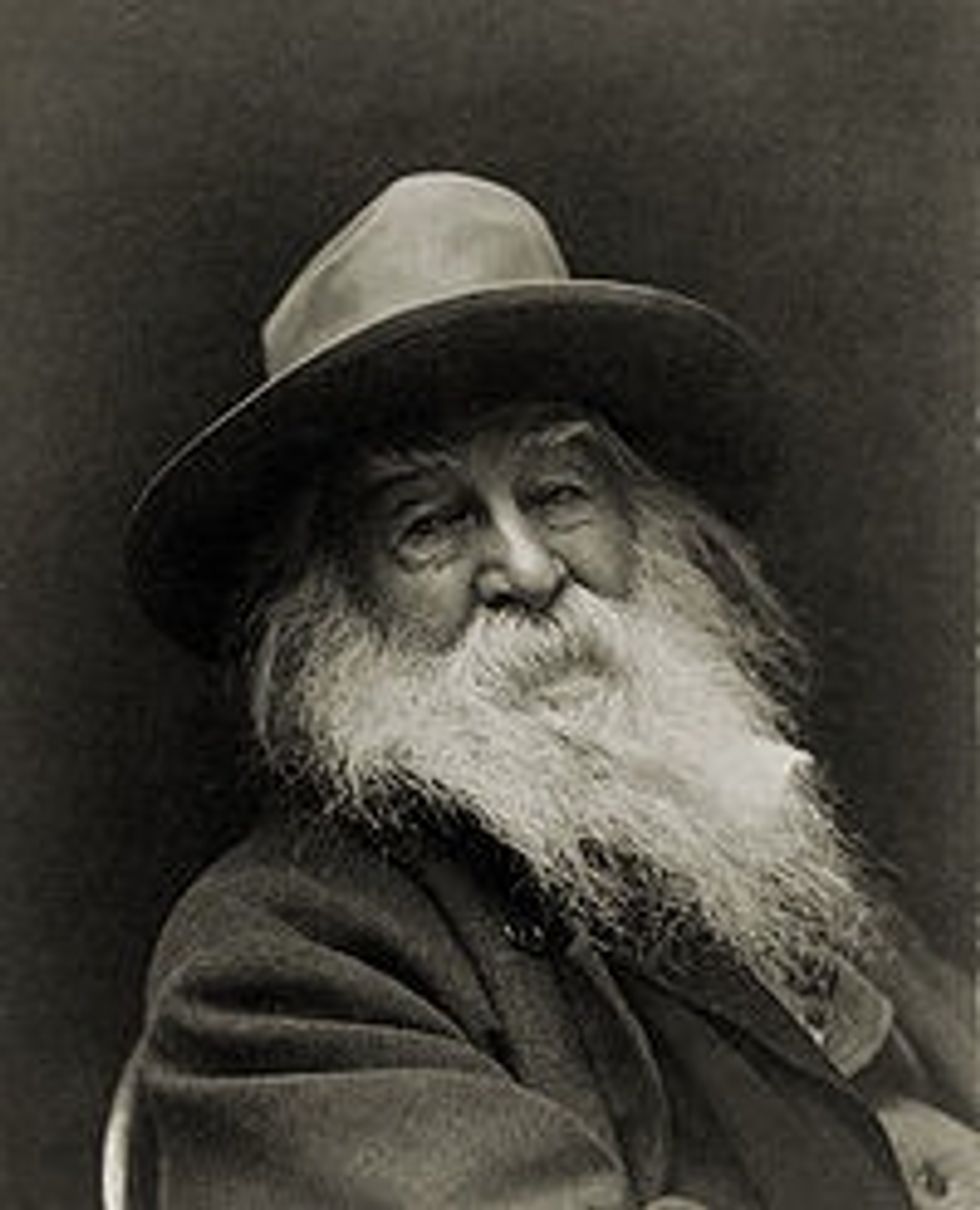 Here is a true story about poets: they are all a bunch of whining pussies, except for Jane Kenyon, Robert Frost, and thetwoguys who played the precogs in Minority Report. When JFK asked Robert Frost to read a poem at his swearing-in, Robert Frost wrote a poem specifically for the purpose and then when he couldn't read it, on account of being a million years old and all of the terrible howling winds, he just cold recited another poem of his, from memory. Then the strapping 86-year-old walked 500 miles uphill in the snow to get home, because he was Robert Fucking Frost.

Now the Washington Post has a compilation of quotes from an assortment of precious mincing poets complaining about "the muse," and how they couldn't possibly bestir themselves to produce a poem for anything as dull as a presidential inauguration. Quoth Charles Simic, a poet who we actually like:

"The best stuff that happens in poems you cannot will," he said. "I can't, for example, lock you in a room and say, 'Give me a great metaphor.' You can't. I can't, if somebody pointed a gun at me."

WELL CHARLES SIMIC JUST BE GLAD BARACK OBAMA DIDN'T ASK YOU TO WRITE A GODDAMN POEM, WITH METAPHORS IN IT, AT GUNPOINT.

Anyhow, the woman who will be reading at Obama's inaugural is the poet Elizabeth Alexander, who once wrote this:

of my body in fifteen minutes.

The midwife presents it on a platter.

We do not eat, have no Tupperware

to take it home and sanctify a tree.

In all seriousness, it is nice that Obama has decided to have poetry read at his inauguration, and God knows poets do not get a lot in the way of publicity or money or any other useful things, so yay to Obama for promoting poetry. Still: "mammoth giblet"?