End Of World Off To Slow Start 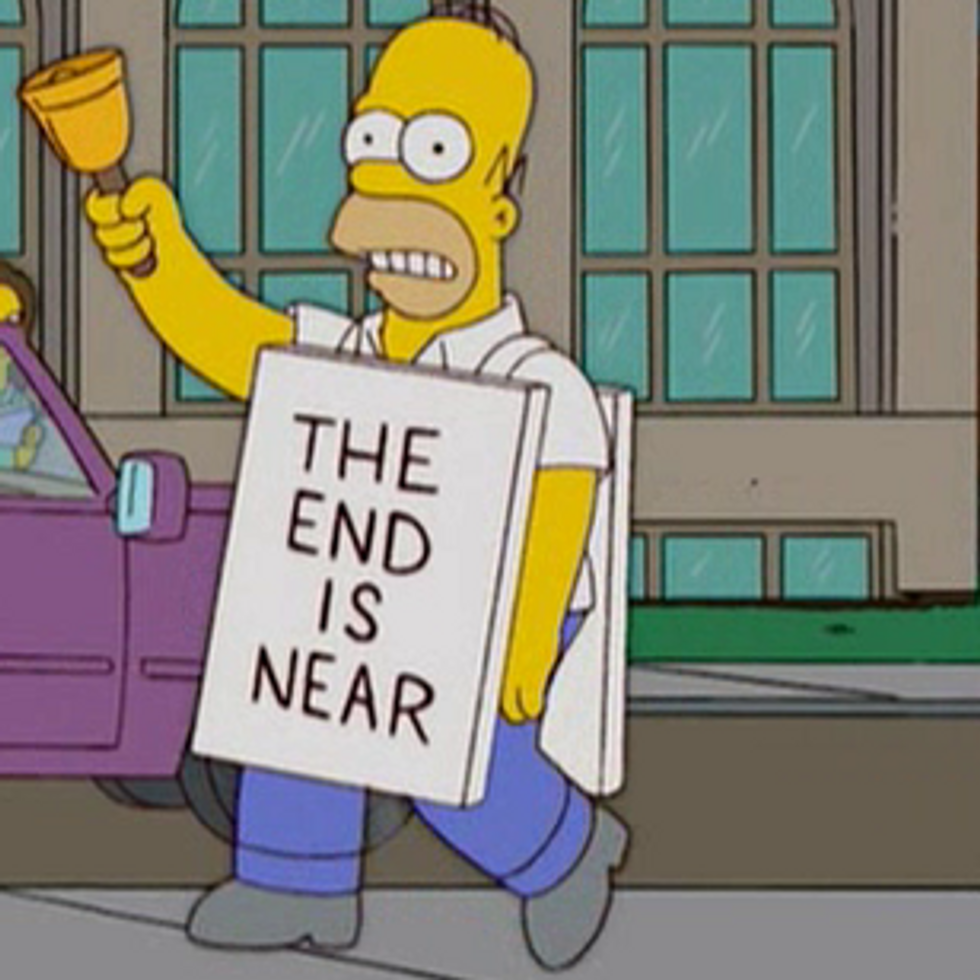 Hey, everybody, better get your butts out of bed and off to your jobs after all, because it looks like the Mormon Apocalypse has failed to materialize. At least, so far. As we noted in our earlier story, some of the more excitable readers of a series of books by a self-proclaimed LDS "seer," who said her "near-death experience" in 2004 gave her visions of the end of the world, believed Sunday night's lunar eclipse would be accompanied by "a major earthquake in or near Utah. Some anticipate an invasion by United Nations troops, technological disruptions and decline, chaos and hysteria."

As of Monday morning, no major earthquakes in the region have been reported, according to the Advanced National Seismic System, although of course the day's not over yet. Also, no sightings of blue-helmeted UN oppressors pouring out of tunnels hidden under Walmarts. Also, Justin Bieber is safely on his way to Australia and New Zealand.

The Mormon church, which frowns on people making specific predictions of the end of the world and getting all het up, because Mormons do not get het up, issued another public statement before the weekend, advising people that no, the Apocalypse was not nigh, although of course it's always a good idea to have a household emergency kit.

Leaders of the church told its 15 million worldwide members that they should be “spiritually and physically prepared for life’s ups and downs”, but urged them not to take speculation from individual church members as doctrine and “avoid being caught up in extreme efforts to anticipate catastrophic events”.

The recent spate of people stocking up on "emergency supplies" is distinct from the common Mormon practice of keeping a household store of canned goods and water in case of a disaster, job loss, or infestation of hippies.

Julie Rowe, the nice lady with all the visions, issued a statement late last week explaining that The End is definitely coming, even if it doesn't happen at this particular moment:

Rowe said she doesn’t intend to make her comments church doctrine, but she chose to share her story to help people prepare for the “times we live in by increasing their faith in Christ and by looking to our prophet and church leaders for guidance”.

Salt Lake City weather forecasts call for highs in the mid-80s, light winds, and a slight chance of precipitation, which is not expected to include extinction-inducing asteroids. Still, it couldn't hurt to take an umbrella. Yr Wonkette will provide updates on impending signs of doom as they develop throughout the day, although they may be indistinguishable from our reporting on the 2016 Republican primary race.