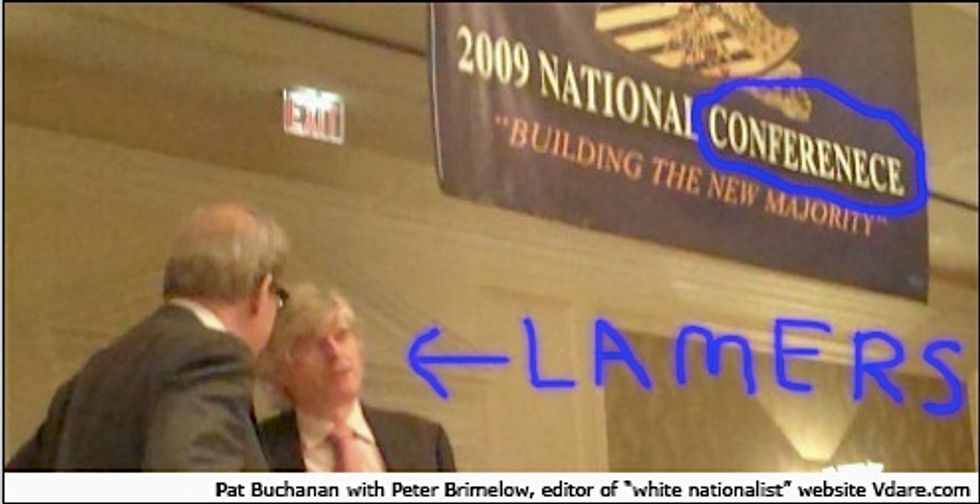 Black Irish immigrant leprechaun Patrick "Sinead" Buchanan knows what kinds of immigrants he hates: all the ones who showed up after his ring-kissing potato-drunkard parents were dumped by the British in New York Harbor as a final retaliation for the American Revolution. That's why Buchanan and his wacky white-supremacist friends are, these days, mostly concerned with keeping the Puerto Ricans out of our nation's courtrooms -- them don't speak good English! Also, these lamers failed to notice their own "The American Cause" conference banner does not spell "conference" correctly, but at least it's not a dirty, dirty Mexican. [Think Progress/Shakesville]