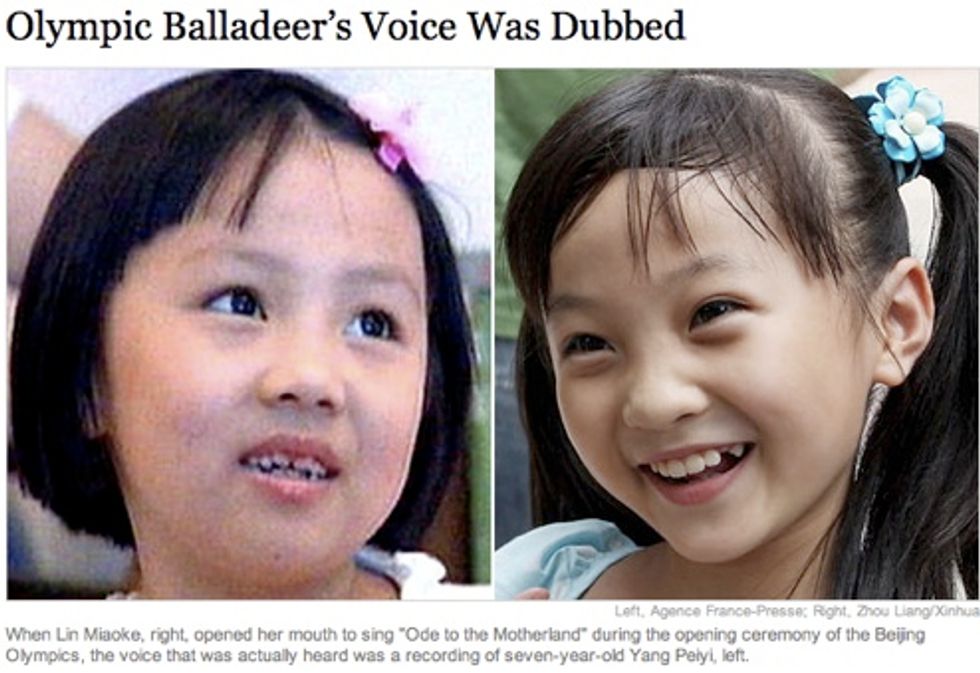 Do you have the Summer Olympic Fever? No? Neither do we. But now we sort of regret missing the Opening Ceremony, which was apparently done completely with the computer game The SIMS.

Those magical fireworks with the awful Feet of God stomping through the smog-clouded Beijing skies? Done with CGI, just like all current movies. The adorable little Chinese girl singing the beautiful patriotic Ode to Mao while the fake fireworks were inserted into the "live" video? She was lip-syncing while a less-pretty little girl with a better voice did the singing, offstage. Soon it will be revealed that President Bush's triple-fun sexy drunk time with the volleyball ladies only happened at John Edwards' abandoned campaign headquarters in Second Life. [New York Times]