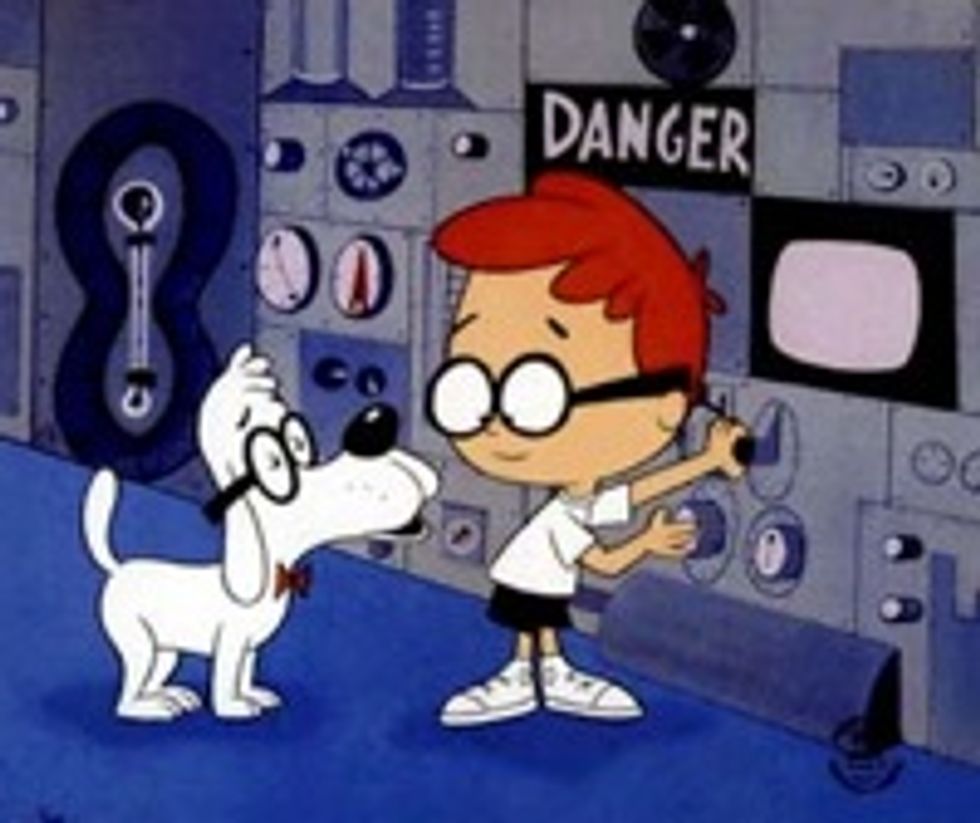 Bradley Dayspring, remember this guy? Just a few short days ago Eric Cantor's spokesman was personally writing, producing, directing, acting in, and distributinga propaganda film about AFSCME that featured Jimmy Hoffa extorting money from children so that he could put more dollars in the swear-word jar. Well, Dayspring has reclaimed the moral high ground, boy howdy! He is outraged about a common mathematical practice called "rounding," which is depriving people of jobs in Wyoming.

How this happens with states that only have one congressional district is anybody's guess, but maybe it is part of the "new math" that Nancy Pelosi will be subsidizing with misappropriated contraception funds and San Francisco voodoo.

Anyway, a word from Dayspring:

I don't think that the 4600 people in Nevada or 1900 people in Wyoming – not to mention thousands of other Americans – will understand not getting a job due to a "rounding error."

And that is why they will not have jobs, because they do not understand fifth-grade math.