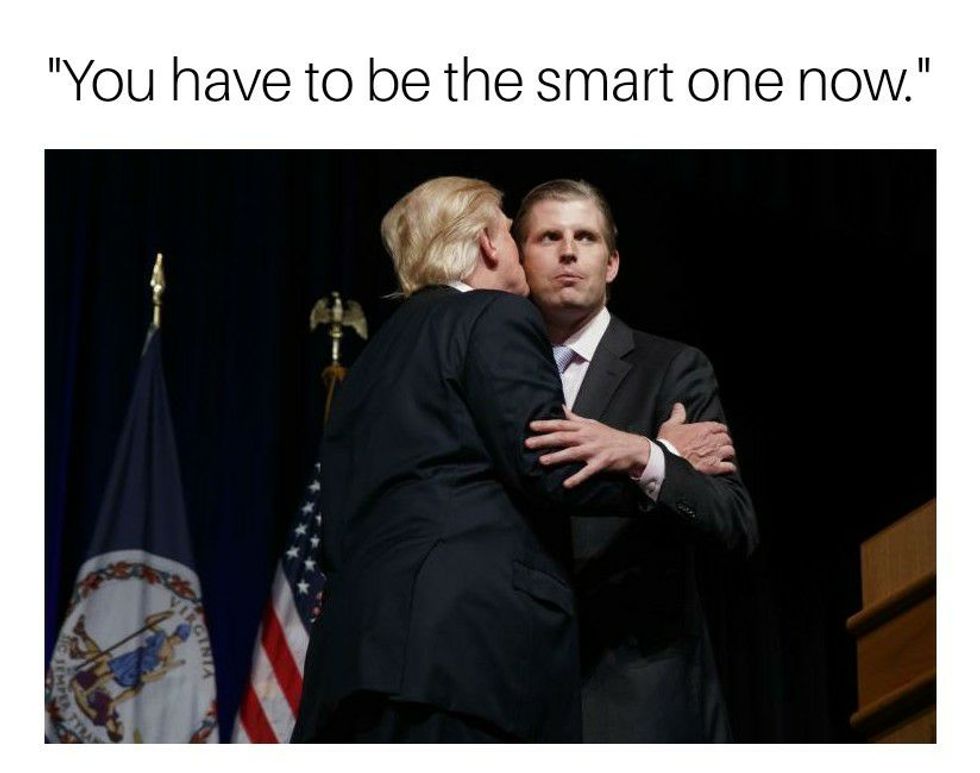 Our brother put this on our Facebook wall. If you copyrighted with your ARTISTICNESS and want credit, say so.

It is the end of the day, therefore you get a fancy and fun video to watch! It is Stephen Colbert, apologizing for always assuming Eric Trump is the dumbest human-type thing Donald Trump ever spermed into existence. It is very funny, and we can vouch for that because we definitely have already watched it, you betcha.

Tonight: on the heels of today's big news about Donald Trump Jr., Stephen takes a moment to issue an apology to Eric Trump. #LSSC pic.twitter.com/IMY5XS6OA6