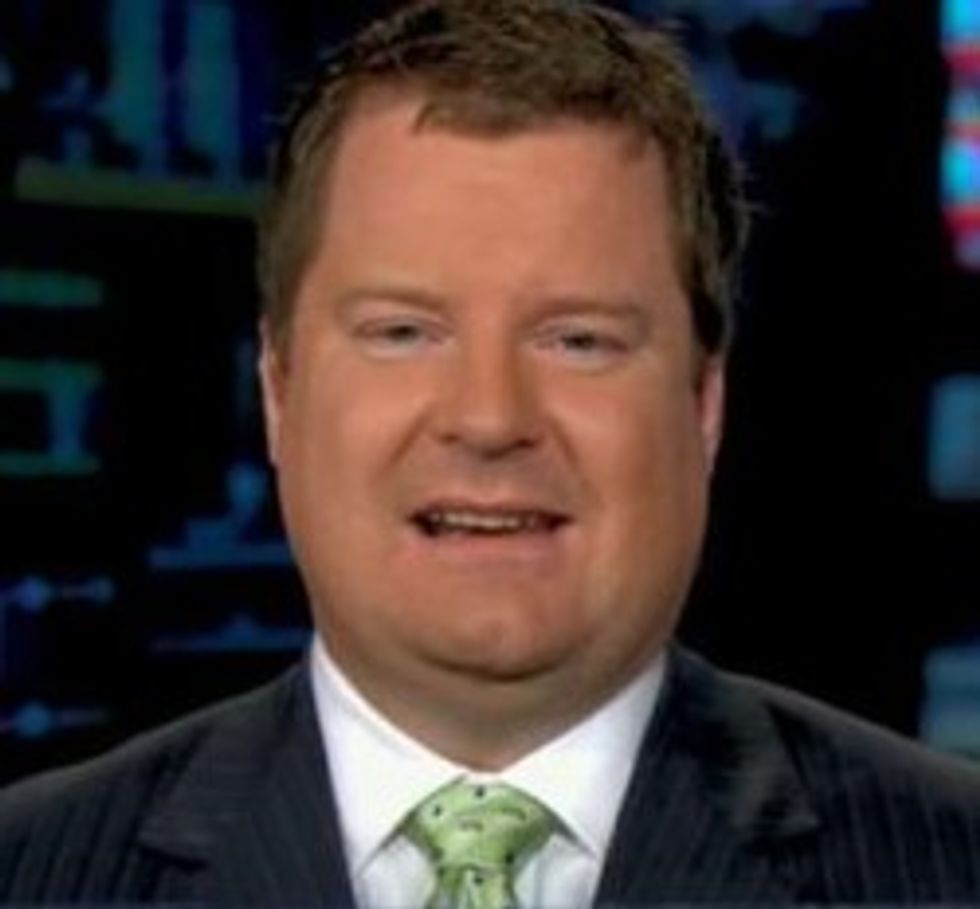 One of the easily digestible Nuggets O' Conventional Wisdom to come out of the 2012 elections is that while Tea Party purists whose conservative purity glowed with white-hot rage often managed to win GOP primaries, that very ideological intensity was just as likely to turn off voters in the general election. Needless to say, since teabaggers know that "conventional wisdom" is composed of the Lamestream Media's treasonous lies and poop, the smart money in Teabag Nation is that, in order to really win over the American people, future GOP candidatesneed to be even more screamingly conservative, or maybe secede and start a new country without so many lazypants voters who just want free stuff.

All of which is is to say that no one should be terribly surprised that intrepid pile of moist journalism Erick Erickson is “prayerfully considering” a primary challenge against Georgia Sen. Saxby Chambliss (R-Old Man Smell) in 2014. We think that's a really swell idea, if only because of the mileage we can get out of reminding people that the Son Of Erick likes to do things like attempt credit card fraud to "test the integrity" of campaign finance, or to call a retiring Supreme Court Justice a “goat-fucking child molester.” (But it's OK, because he apologized, and he loves America really a lot.)

Erickson seems to have a compelling reason to want to replace Chambliss, which is that Chambliss "has spent twenty years in Washington and in that time has been complicit in growing Washington" and "It’s time for him to come home." See? Stark ideological contrasts!

Oh, and also, Erickson thinks Chambliss is not nearly dedicated enough to quixotic attempts to replace the Senate's mere dysfunction with total paralysis, recently entweetening this suggestion for fixing government:

“If I were a senator I’d object to every [unanimous consent], until Obamacare was repealed,” he wrote. “Shut down the Senate lest they shut down America.”

This is a man with big ideas, one of which appears to be giving a Democrat a decent chance at winning a Senate seat from Georgia.

Check out Wonkette on Facebook and Twitter, and if you can think of some excellent ways to make government even more gridlocked, Doktor Zoom is on Twitter too.