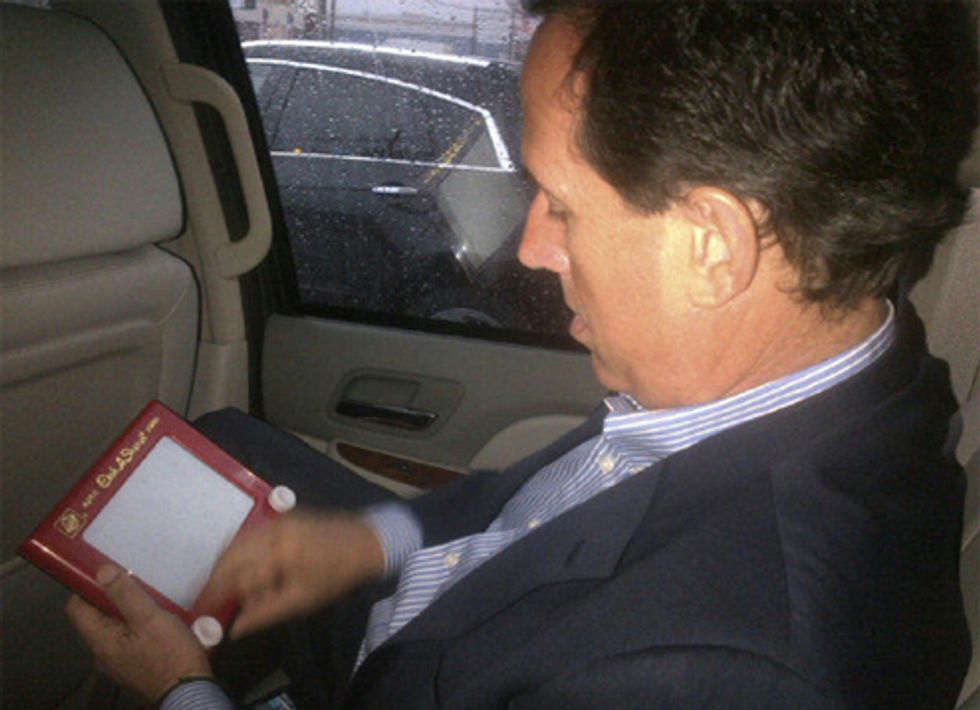 When Romney aide Eric Fehrnstromsaid something about Etch A Sketches on CNN yesterday, America's children all immediately ran to the toy store to pick up their copies, because nothing moves consumer retail spending in the children's toy market quite like a Mitt Romney aide making an unfortunate metaphor on morning cable television. And stock traders, whose job is just to make reactive whimsical trades after every mealy-mouthed central bank and cable news idiot statement within ten minutes, were quick to get in on the action: Ohio Arts, the company that makes Etch A Sketches in China, saw its stock price more than triple. Everyone's rich again, forever!

Romney's primary opponents and critics jumped on the comments. Former House Speaker Newt Gingrich and former Sen. Rick Santorum, R-Pa., each made appearances with Etch A Sketch toys. Santorum spokesperson Alice Stewart was out handing the toys outside of an event. The DNC also pounced.

Ohio Art, OART:OTC US on the stock exchange, started yesterday at $4.00 per share and finished the day at $12.50 per share.

From there it's a clear shot to $150.25, by next week! Let's check on the latest price, just to ensure it's sticking to this exponential trajectory: