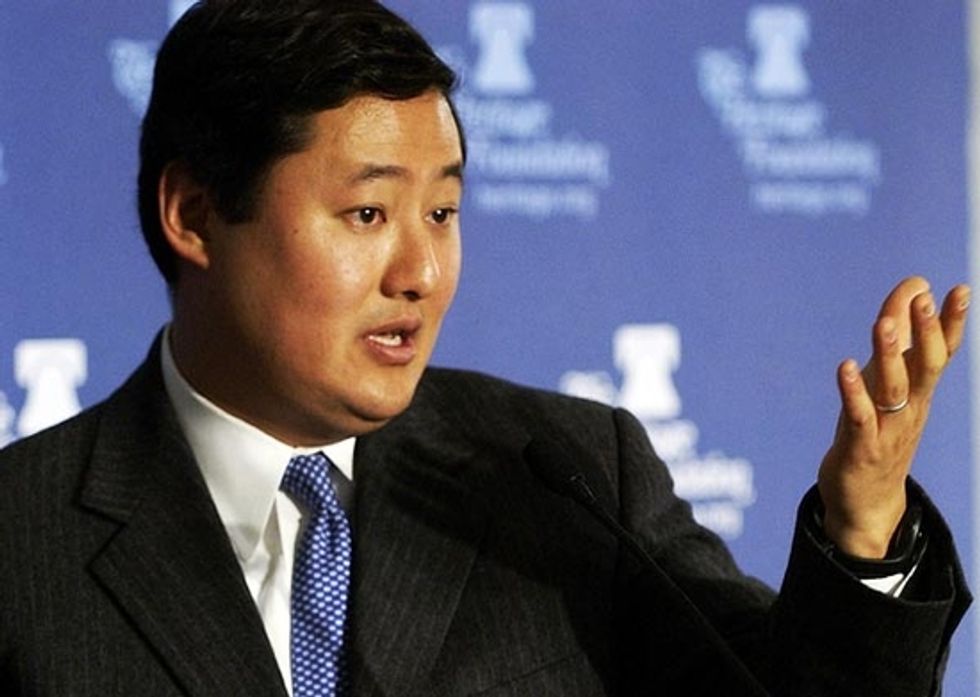 Once upon a time, thousands of years ago, there was a thing called the "George W. Bush administration," and it did #BadWar to everybody, opened up a torture colony called Abu Ghraib, and did many other things that made freedom-loving people everywhere very :( and angry. What quaint days those were! And that Bush administration had a lawyer named John Yoo who had ALL THE BONERS for torture! He wrote these memos about how the kind of torture we were doing wasn't even torture anyway, and besides, here are some #HotTips on how America can flout international law, so we can keep doing torture. He's a champ, that John Yoo!

Let's fast forward to the present! NBC has a long thinky piece about "The Vengeful World Of Donald Trump, And Why It Matters," which examines Trump's frightening mindset that requires swift vengeance for all slights, no matter how minor. The article doesn't mention Trump's Twitter account, but we imagine that's just an oversight. Deep into the article, it discusses how much Trump LOVES torture. He loves it so much! He has said in the past that if he tells the military to torture everybody, they will obey him even though it's against the law, because if President Trump wants it, that means it's not against the law. (*Cough cough* NIXON *cough cough*!) On Sunday, Trump whined that it's "medieval times" in the fight against ISIS, which means we should DEFINITELY get to do all the torture.

After the NBC piece mentions Trump's love of torture, it gets interesting because JOHN FUCKING YOO is quoted saying not that he is so 'scited that there finally might be a preznit who will love torture as much as John Yoo does, but that even in his messed up John Yoo brain, Trump is fucking scary and insane, like whoa you guys:

"He's the classic demagogue described well in the Federalist Papers that our system is designed to stop," Yoo said. [...]

"He's pandering to the sort of visceral reaction people have for revenge against terrorists, which is not what motivated the Bush administration," Yoo said.

The Bush administration had ONLY the loftiest ideals in mind, when it decided to illegally detain and torture people, ayup.

Now look, we are not saying John Yoo is some expert we should listen to. Obviously. What we are saying is that when EVEN THAT WHACK-JOB is basically saying, "Guys? We need to think about America's moral high ground and the fate of our beloved nation," then maybe we should get our dumb noses out of Hillary Clinton's top secret classified AOL free trial diskettes and pay attention to what's at stake eight days from now.

Oh hey, here's a video from Hillary's campaign featuring diplomats and world leaders and foreign policy experts talking about what a mighty badass they think she is. Hooray, we can choose a REALLY GOOD PERSON to be president of America, and tell that Donald Trump to fuck right off!