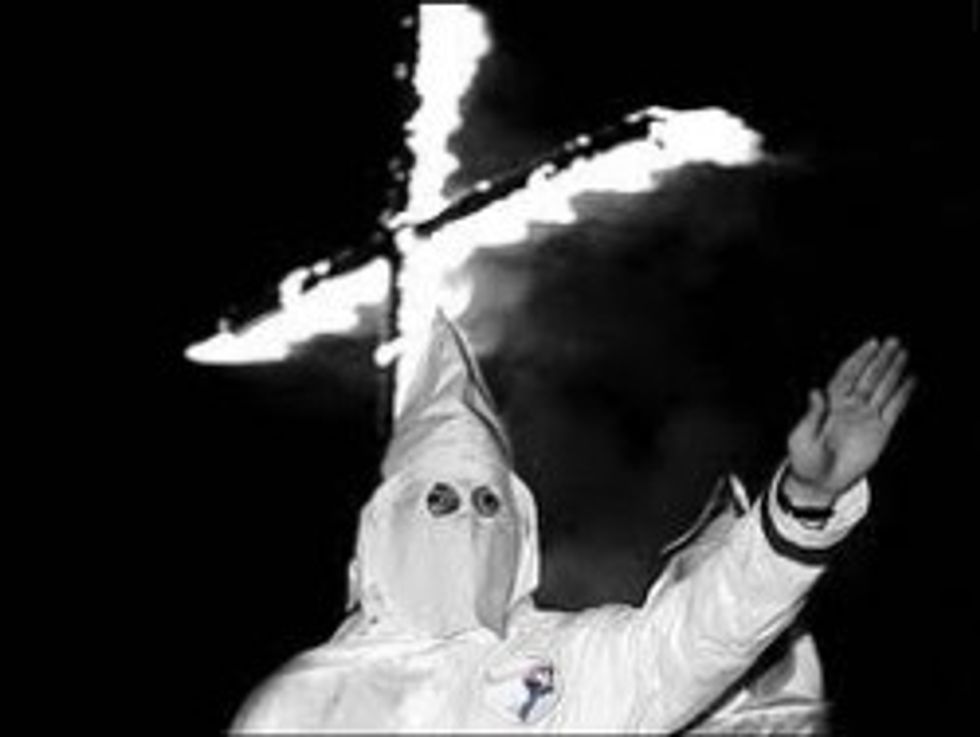 Despite Arista Nashville’s commendable efforts to remove any trace of that straight from the necronomiconBrad Paisley/LL Cool J song, the soundtrack for post-racialism failure remains as a permanent stain on our collective memory. Our corporate musical overlords might have done their best to remove the acute threat that the song posed to our ears, but sadly the infectious stupidity of the piece found its hosts in bored writers who decided to shovel loads of undeserved praise on Mr. Paisley for approaching the difficult subject of racism and white privilege with the precision and grace of relatives you “forget” to friend on Facebook.

But lost in the shuffle of those of us laughing hysterically at Paisley or coming up with creative ways to shame him out of the music business forever are the real victims of racism: actual intentional racists. These poor (white) men may have been down for so long they don’t know what up is, but even they realize that the song was fucking terrible. They just happen to blame different people for its putridity.

A good portion of the three page forum concerning “Accidental Racist" from the kindly internet hill people over at Stormfront (link NSFW) is devoted to the apparent woeful state of “modern” country. Sadly it seems that desegregating Nashville ruined your average Stormfront Brony’s preferred lynchin’ tunes by allowing mud people and Jews to have input into that once sacrosanct business. In other words, they hated Paisley BEFORE it was cool.

If Brad Paisley and LL Cool J want to keep their jobs they have to spew out all the PC crap that the judenswine media masters order them to. Almost all of Paisley's songs are full of white guilt or racemixing themes. Now he is considered country music royalty. Most of the people I know are sick of these wimpy ass twerps and their magic negro garbage.

But despite the unassailable logic presented by those two wonderful dudes, most commenters want Paisley to do the admirable thing and take some individual responsibility for miscegenating their music with that no good “Trayvon Type.”

I really do perceive Brad Paisley as a Jew. Even if not, he just looks and acts like one....What is with LL Cool J basically stalking the country music crowd? This is like his second appearance, at least. I think he did a presentation one time at a country awards show. Shouldn't he be at the BET awards as the guns are going off over 'street cred'?

He's infamous for peddling Politically-Correct mush in his pop-country tunes.

So the fact that Paisley is just Accidentally Racist instead of a proudly ignorant piece of shit like these fine commentators is up to debate, especially as the chronology over when exactly the Jews ruined country has yet to be figured out. But it’s the user with the curiously incest-y handle of “caligula12” who provides the best possible explanation as to why Paisley would feel at least conflicted over his white pride. As caligula12 notes Paisely was born in the northwest area of West Virginia in between Ohio and Pennsylvania. So while Paisley might opine about the trials of being a “white man from the southland,” Glen Dale, West Virginia, is “not exactly the south,” therefore depriving the country singer of the mono-cultural immersion that would have prevented him from even considering this song or even being in the presence of LL Cool J.

Whatever the reasoning was behind creating this Rebecca Black remix of Birth of a Nation, it seems as if it did accomplish its stated goal of provoking a conversation about modern day race relations in this country. In fact it can be argued that this one song managed to do what a million peace conferences and marches couldn’t: unite disparate ideologies and peoples together as one voice. Today from every village and every hamlet, from every state and every city, god's children, black men and white men, Jews and Gentiles, Protestants and Catholics, and racist nutbags alike have joined hands to sing the words of the old Negro spiritual from the Apollo theatre directly to Paisley and LL: BOOOOOOOOOOO!!!!!!!