Ever Since Arafat Turned Him Down, Newt Swears Palestinians Don't Exist 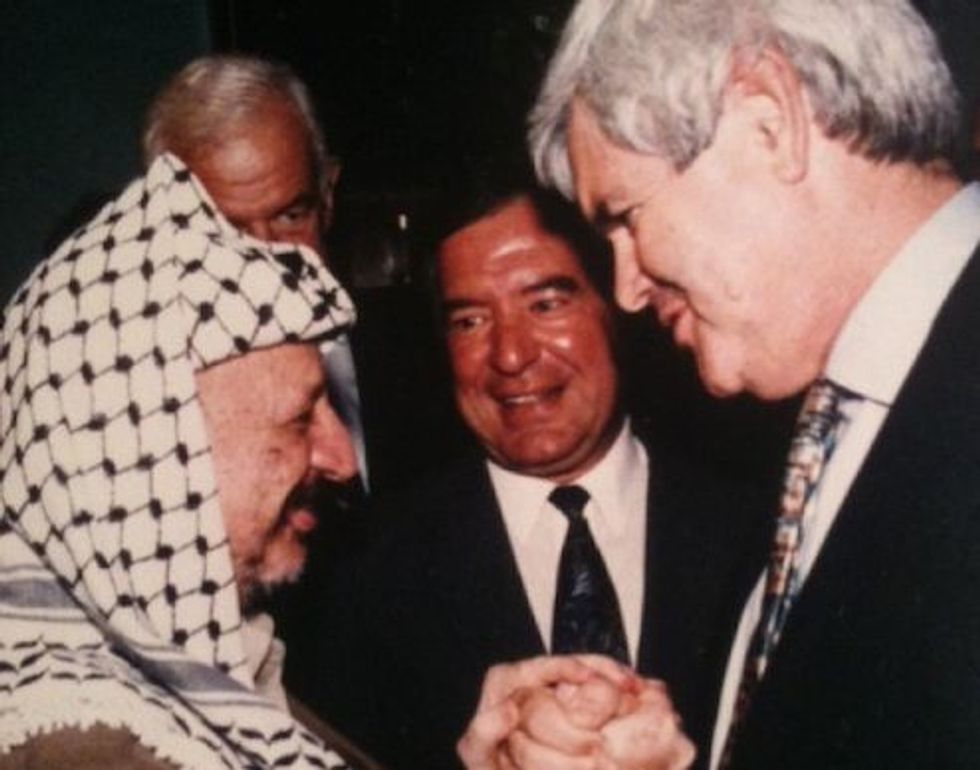 In this newly rediscovered Facebook iPhone photo from the 1990s, Newt is seen tenderly holding Arafat's hands and (we're pretty sure) trying in vain to slip a Tiffany silver whore ring on Arafat's pinky-- Gingrich never goes anywhere without a pocket full of layaway Tiffany silver whore rings, in case he meets anybody he wants to suck him off while he's married to someone else.

But Arafat, being a man of some convictions and standards, said no to the pear-shaped American hair bear. And ever since, Gingrich has been tearfully insisting that the entire Palestinian nation doesn't exist, because it is dead to him now. (Also, Newt Gingrich is a wingnut shit-for-brains who would literally level the United States with nuclear bombs if Israel and/or Iowa told him to.) [The Economist]