Everyone Loves Planned Parenthood, So Republicans Are Trying To Kill It 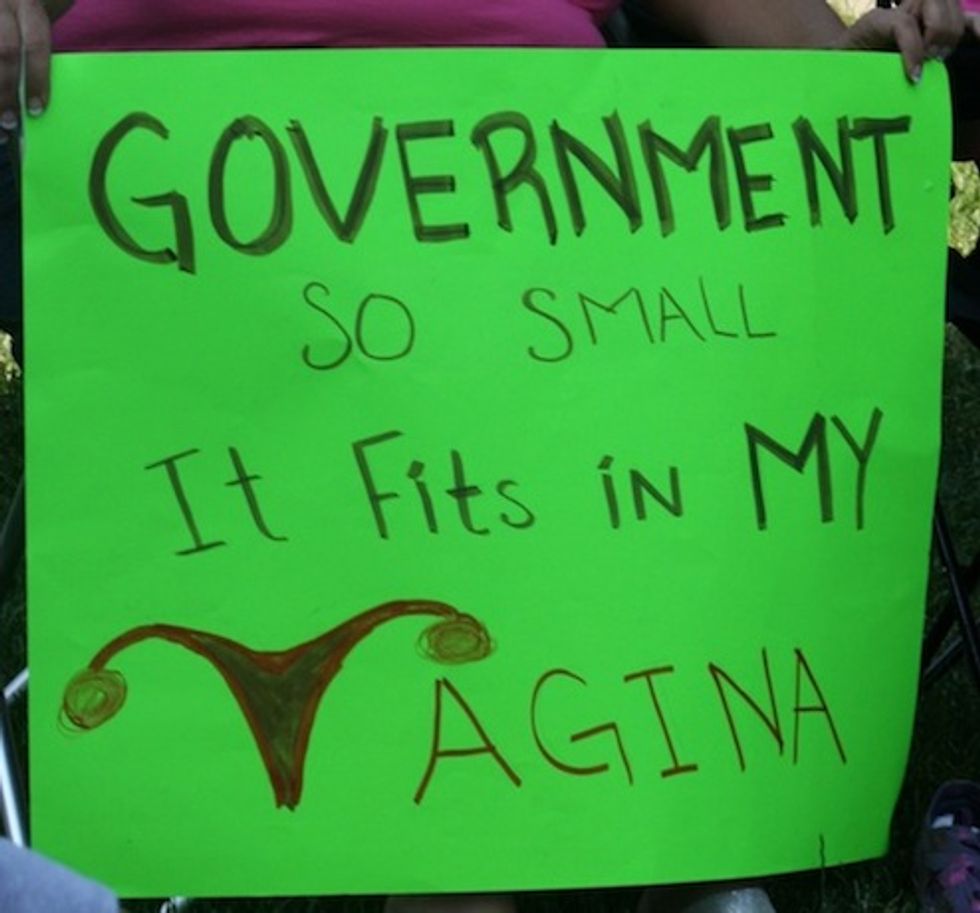 Hello. Do you -- or someone you love, or even just like, or maybe sat next to on a bus one time -- have a vagina? Did you know there is a place where you, or that other person, can go to make sure the vag is in tip-top shape, with no weird rashes or lumps or unwanted babies in it, even if you do not have health insurance or any dollars American?

Of course you did, because you are not A Idiot, you know about Planned Parenthood, and how you can go there for all your vaginal health needs, and also to take your boyfriend to make sure his boy-vagina does not have any diseases on it.

Planned Parenthood is a terrific place where you can walk in and say, "Hi, can I see a doctor, please, even though I don't have any monies?" And the nice people at Planned Parenthood will say, "Sure! No problem!" Pretty much every woman in these United States knows that, even if sometimes she stands on the curb with those other mewling fuck-swizzles who wave ugly signs and scream dumb Bible words. Where do you think she goes when her boyfriend's Jesus-swear to not come inside her turns into "uh oh"? Planned Parenthood, of course!

That's why Republicans want to kill Planned Parenthood with a rusty coat hanger. Because they want to kill everything you love: your clean air, your aged grandma, your retirement, your safe sexytime. Everything. Here's the latest plan:

The Senate will vote next week on a GOP bill that could eliminate the $540 million in government funding the group receives, according to Republican aides. [...]

Although the move to cut off or restrict funding for Planned Parenthood will not succeed, Republicans feel they have a winning political issue.

Are they right? Is this a winning issue? Of course not! Tell us why, registered voters:

Sixty-three percent of registered voters oppose cutting off federal funds to Planned Parenthood, according to a new poll commissioned by the organization.

So defunding Planned Parenthood is actually a losing issue? Yes! Very a lot, in fact:

The survey finds that voters are more likely to vote for a candidate who supports funding Planned Parenthood over one calling to end funding, by a margin of 58 to 26 percent.

Good job, Republicans, you sure do mathing real good. Why are you wasting everyone's time with this nonsense again? Oh right, those OOOOH SHOCKING! videos of Planned Parenthood doctors talking about abortion procedures, which are legal, and how the organization helps its patients donate fetal tissue to medical research, to cure diseases and save lives. Also legal, like we have said a thousand times now. Plus, hooray for curing diseases and saving lives, which is supposed to be A Good Thing. Pro-life, for the win!

Why do you think Senate Majority Leader Mitch McConnell, and a bunch of other Republicans who are so horrified now by fetal tissue research, voted to legalize it in 1993?

McConnell voted for that bill, as did Reps. Lamar Smith (R-Texas) and Fred Upton (R-Mich.), all of whom have condemned Planned Parenthood in the past two weeks for its involvement in the practice.

“What we saw was very, very disturbing," McConnell said of the video on Monday. [...]

"In addition to the fact that these practices are morally repulsive, they also happen to be illegal," Smith said last week. "That is why the House today announced it will investigate these allegations. I believe that life is precious, and no life is more vulnerable than that of an unborn child.”

Funny how they were all for fetal tissue research before they were against it. But sigh and alas, now it's "disturbing" and "morally repulsive" because the frothing "BUT IT'S BABY PARTS!" base is all butthurt about how does science work. More than usual.

Maybe that's why, when the sick fetishists who made these videos first tried peddling them to "pro-life" members of Congress a month ago, none of them cared. They already knew all about using aborted fetal tissue for research because of how they'd voted for it in the first place.

So, yep, this is a great use of the Senate's time, again. And not just because Senate Democrats have already said "Nope, not gonna happen!" Or because, we are educated-spitballing, President Obama isn't going to sign it. Or because anyone who has a vagina, or knows someone who has a vagina, thinks funding Planned Parenthood is a real good thing that the government should keep doing. So why are we having this stupid conversation again? Oh right, because Republicans want to kill everything you love, that's why.