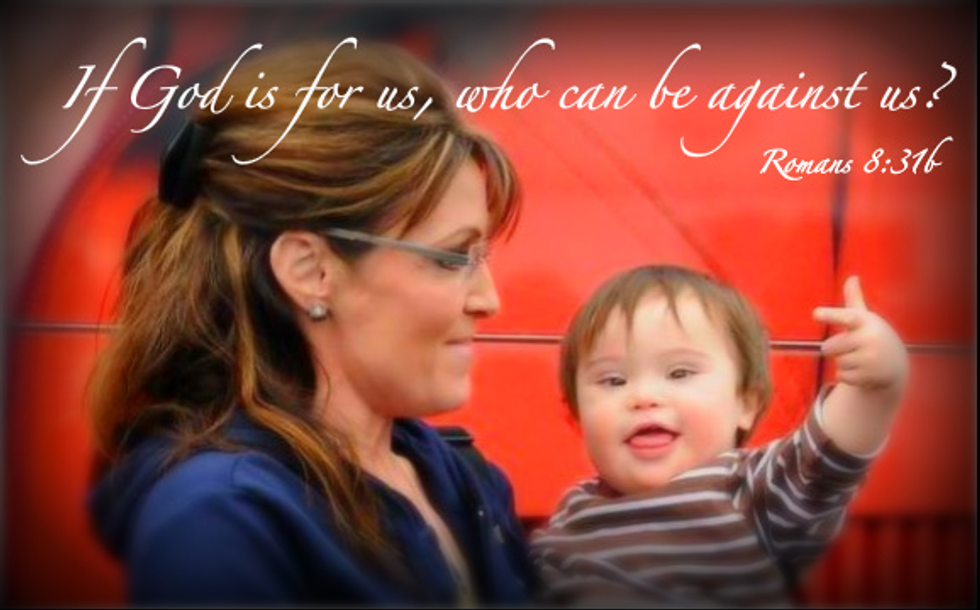 Frequent victim of all things un-American Sarah Palin has told ABC News she and her husband, "Todd," a whale or polar bear or other some such,have been cyber-attacked by Operation Payback, the group of very nice people, we're sure, who attacked MasterCard and Visa yesterday for being mean to WikiLeaks. Palin criticized Julian Assange last week on Facebook, writing a missive last week that he has "blood on his hands" (from sex stuff) and is not a journalist (that is this woman's one and only job, deciding who and who isn't a journalist). Palin says her and Todd's credit cards and her PAC's website were attacked. But just how much child pornography did they send her?

It doesn't say, but it might even be none. Operation Payback seems pretty busy and perhaps doesn't quite have the sense of humor of 4chan. Disappointing.

“No wonder others are keeping silent about Assange's antics,” Palin emailed ABC News. “This is what happens when you exercise the First Amendment and speak against his sick, un-American espionage efforts.”

Yes, it is un-American. Because he is not an American. That adjective does not apply to him, and it never has, so it doesn't really hurt him when you say he has lost it, ma'am.

Palin's PAC website was able to stay up, because somehow her computer people are more knowledgeable and capable of taking on a collective of hackers than the nation's financial companies and the cornerstones of America's consumer economy. Remember when that woman was only protected by a single, easy-to-guess Yahoo! password question?

Palin will probably find a way to take these people to court and make them serve time, just like she did with that kid who looked at her e-mails. Because she has the power to do such things, while the Justice Department does not. [ABC News]