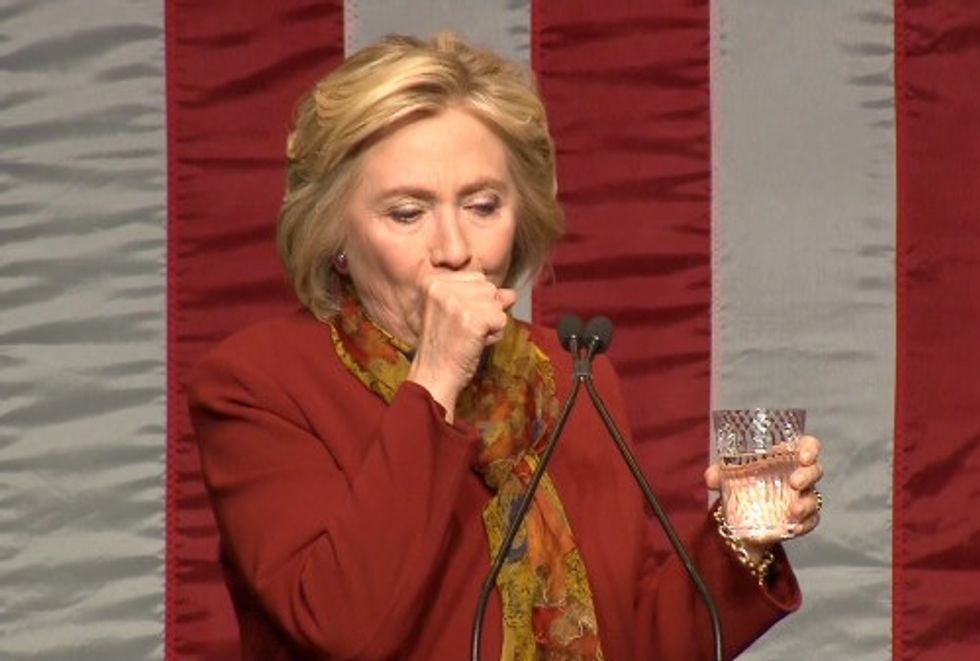 These are NOT excerpts from Donna Brazile’s book Hacks: How I Was Not Involved In Anything Bad About The Election. Too many people thought our fake NRA Dana Loesch script was real so DISCLAIMER: SATIRE.

That said, these are totally real excerpts from Donna Brazile’s new book.

Hacks on… BASKET OF DEPLORABLES

I was blending a smoothie when I got the call.

“Have you seen this?” asked the campaign person who was also innocent like me. “Hillary just said everyone who doesn’t like her is ‘deplorable.’ I couldn’t believe it.”

Neither could I. I said, “Are you certain? That flummoxes me because I know Hillary Clinton to be a careful, calculating career politician who would never say something that unguarded or candid.”

But it was true. Hillary called everyone deplorable. Perhaps it was yet another sign of her advancing age and frailty. I drank my smoothie but only tasted my own concern.

I was exhausted from working to ensure fairness for Bernie Sanders when I nodded off. When I woke up, Clinton lawyer Mark Elias was there.

“Hello, Donna,” he said corruptly. “I have something for you.”

He handed me an envelope. Inside were the questions for the upcoming debate between Clinton and Sanders.

“But Mark Elias,” I said innocently. “These are the questions for the upcoming debate between Sanders and Clinton, both of whom I admire at this time. It’s not proper that we have these.”

“Piss on proper,” he snarled. “You’re going to give those questions to Secretary Clinton so she can win the debate, and if you don’t, I’ll burn your house down.”

“My house?” I asked, concerned. “But I don’t understand. Why can’t you just give them to her?”

“Ha!” he spat. “Of course you don’t understand. You’re innocent and ethical. Well, let me clue you in…”

It was about control, he said. Giving the questions to Clinton would forge the chain of dishonesty that would bind me to her campaign forever.

I was in a tough spot. I knew if I didn’t do it, some other innocent fairness-lover would be conscripted instead, and Clinton would end up with the questions either way. Plus there was my house burning down to consider.

But inside, I told myself that they would never truly stop me from working to ensure fairness for Senator Sanders.

The day after Trump won, I didn’t much feel like going to my acupuncture appointment, but I had a nasty hematoma from my last session that needed attention.

On the way there, I reflected on the campaign. It would be a relief to no longer pretend that I had faith in the desiccated husk of Hillary Clinton, but I knew hard times lay ahead for the country and the Democratic party.

At least I could take comfort in two indisputable facts: I was completely blameless of everything that went wrong; and boy, did I have a story to sell.

Wonkette is fully funded by readers, don't even ask us how that works. (It works by you give us money.) Donate here! Or donate below!