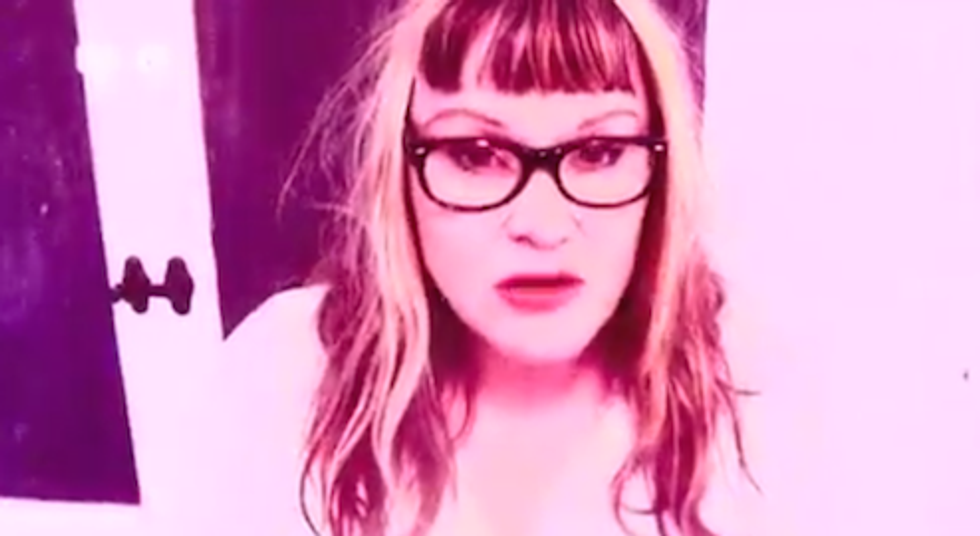 Man, we love Exene Cervenka and X from way back. Like WAY back to "Johnny Hit And Run Paulene" back, so we are deeply sad and weirded out by the fact that Exene seems to have gone full-on conspiracy theorist on us when we weren't looking. Say it ain't so!

Here's a confusing and be-saddening video where she explains that she is going to unite conspiracy theorists and non-conspiracy theorists because she is a "conspiracy therapist," which does not actually sound better than conspiracy theorist. SPOILER ALERT: there's some free association involved and she's now calling herself Christine Notmyrealname, which may be for purposes of this video only or her new nom de plume. We really have no idea.