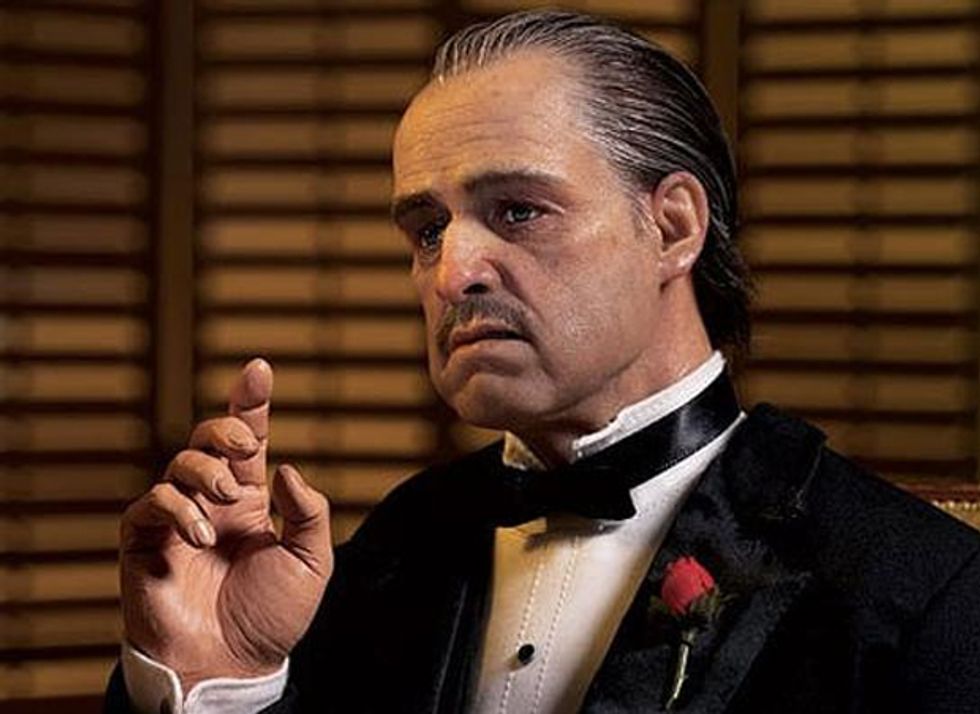 This post supported by a grant from the Patty Dumpling Endowed Chair for coverage of oil spills, pipeline disasters, and leaning on journalists who don't know what's good for 'em, do they, boss?

Remember how Exxon scientists concluded back in the 1970s that fossil fuels drive climate change? And for a little while the company was like, "We should research this more so we can prepare for the inevitable consequences," but then was all "Nahhh, let's give money to shills who'll say it's all fake instead." They were a whole lot like all those tobacco company execs who testified before Congress they had no idea nicotine was addictive.

[contextly_sidebar id="xvZXVM1ncrfw8WxHQfA9rfI0vIP09iUL"]Now, ExxonMobil is going to do everything it can to improve its image. Not by supporting measures to reduce atmospheric carbon, but by threatening Columbia University journalists who covered the story in the first place. Yes, the company that funded bad science to question climate change is accusing the journalists of dubious ethics. Corporations may be people after all, since this one has a hell of a lot of chutzpah.

After the Columbia journalists' investigations into Exxon's alleged scientific flip-flop were published in the LA Times and at InsideClimateNews, Exxon went on a media charm offensive that was mostly lacking in charm and strong on offense. This On the Media interview with Richard Keil, ExxonMobil's senior adviser for global public affairs, is typical of the aggressive "we never did nothing wrong" tone; it contains this memorable exchange with NPR host Bob Garfield about whether ExxonMobil funded climate denial groups:

Keil: Bob, we don’t fund those groups as the science has emerged and become clearer we are more committed than ever to researching this important topic --

Garfield: “We don’t fund them” or “we didn’t fund them?” You got out of the funding business 2009 or some such, but for 20 years before that you poured --

Garfield: Please clarify this for me. “Are not” funding or “did not” fund them?

Keil: We are not funding.

Keil: Bob, I reject that narrative.

See? ExxonMobil has clearly been misrepresented by those awful Columbia journalists, and now they're ratcheting up the pressure. On Nov. 20, ExxonMobil sent a letter to Columbia president Lee Bollinger, complaining the university had funded bad research and suggesting it would certainly be a shame if ExxonMobil's generous foundation funding for Columbia's J-school burned down some night.

The letter, from Exxon's VP for Public and Government Affairs Kenneth Cohen, accuses a professor and her graduate students of "a clear violation" of the school's policy on "manipulation of research materials" -- as well as "principles of objectivity" -- by compiling "inaccurate and deliberately misleading reports about ExxonMobil's climate change research."

After detailing the many sins of the journalists, as ExxonMobil sees them, Cohen asks to meet Bollinger so they can discuss "the possible remedies available to us," and hints it would be simply terrible if ExxonMobil had to rethink its support of the university or stop hiring its graduates:

ExxonMobil has had numerous and productive relationships with Columbia University for many years, whether through research programs, interactions with the business school or recruiting of graduates for employment with our company. The interactions [between Exxon and the Columbia journalists] detailed above are not typical of the high standards and ethical behavior we have come to expect from your institution.

Columbia's J-school dean, Steve Coll, responded to Cohen on Tuesday in a letter of his own, in which he writes that he has “reviewed all of the allegations” and spoken with everyone Exxon accuses of violating journalistic ethics, and he has “concluded that your allegations are unsupported by evidence.” Then he addresses each accusation, in great detail, for six pages.

Through its foundation, Exxon gave $219,229 to Columbia in 2014 as part of a matching gift program for educational institutions, as well as $9,000 in direct grants. The company also gave $25,000 last year to the markets program at the university's Center on Global Energy Policy.

That might be why Coll concluded his responsive letter to Exxon in the nicest way possible, though we are confident he probably made the universal hand gesture for "jerk this, pal" after signing it:

My hope is that as the project continues to report on ExxonMobil, other companies, and climate change issues, ExxonMobil will choose to provide substantive and specific answers to questions posed by the team's journalists before articles are published. I know the team will welcome your perspective and participation.

In other words, no, Columbia isn't going to shut up about climate change or Exxon's shady practices, because journalism. Your move, Exxon.

[Politico / LAT / Inside Climate News / On the Media]