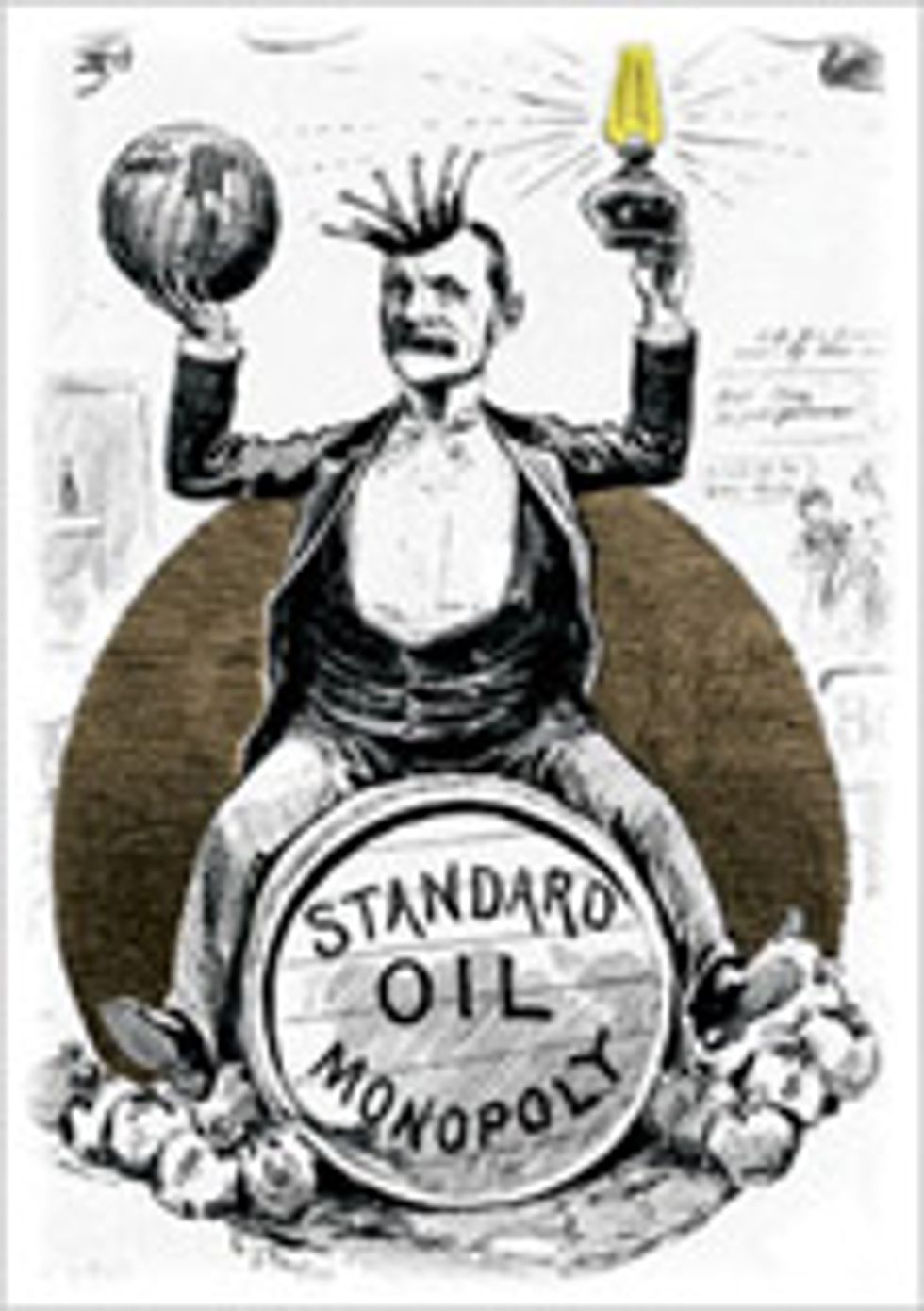 This post made possible by the Patty Dumpling Endowed Blogging Chair for Oil Spills and Whatnot.

Today in "just who in the hell is running this place?" Wonkette presents: Exxon. Ya know, usually our corporate overlords do a swell job with this Potemkin democracy illusion - the country's farce in Washington with the "Senate" and "House" and "President" who supposedly constitute our "government." But in the SAME WEEK Monsanto anonymously placed a provision into a spending bill to make sure all our seeds and farms and food are belong to them, Exxon is now controlling our airspace.

The Federal Aviation Administration announced Monday that until further notice, no aircraft will be allowed to operate over the Mayflower oil spill in Conway, Arkansas. While there was scant explanation for the mandate, it was “effective immediately” - and ordered to stay in place “until further notice.”

The FAA's online posting raised some questions Wednesday, though, by noting that “only relief aircraft operations under direction of Tom Suhrhoff” are permitted in the area. On his LinkedIn profile, Suhrhoff lists himself not as an emergency expert or safety official, but as an aviation adviser for ExxonMobil. Prior to ExxonMobil, according to his profile on the professional social network, he worked as a US Army pilot for 24 years.

Read that again. The FAA has said that ONLY Tom Suhrhoff can tell planes at a thousand feet if they can be there, and Tom Suhrhoff works for ExxonMobil. NOTHING TO SEE HERE, GO AWAY. Of course this "keep the 'free' press out of our business" thing is as common as an oil spill here in these United States -- the FAA did the same thing for BP in 2010 and surely they will do it again for the next multi-billion dollar corporation who has an oopsie with their noxious land-ground-ocean-water poisonous petroleum. And is it a coincidence that EXXON IS JUST ONLY THE RICHEST THING EVER in the history of the universe, or maybe that's why they get to do whatever the fuck they want? As CNNMoney notes, the company "earned $44.9 billion overall in 2012, just $300 million short of the world record." Dang Exxon, maybe 2013 will be your year.

Meanwhile, our Congress is gonna cut Social Security and Medicare cause, well, you know, fiscal emergency and all, but Exxon still gets its $2 billion tax subsidy! We can't cut that! ExxonMobil did not help direct Dick Cheney's secret energy task force for nothing, people! Even when they do not spend their moneys to maintain their 65-year-old pipelines that just burst for no reason whatsoever in the middle of people's neighborhoods. Exxon has more important things to do with its money, like funding the climate science denialist movement! Pay no attention to the rising sea level -- it's illegal to even say "sea level rise" in Virginia and North Carolina! -- or the massive freakish annual once-in-a-century apocalyptic death storms.

So, are we all on the same page here? It is now illegal to view an oil spill in America, or video mountain top removal mining operations. You may not take notice of gigantic scams perpetrated by our too-big-to-fail-OR-jail banksters, or worry about how completely unregulated commodities futures trading has caused the prices for the most basic foods to sky-rocket over the last few years, and oh yes you will so eat genetically modified and genetically engineered food. What do you think this is? A Democracy?