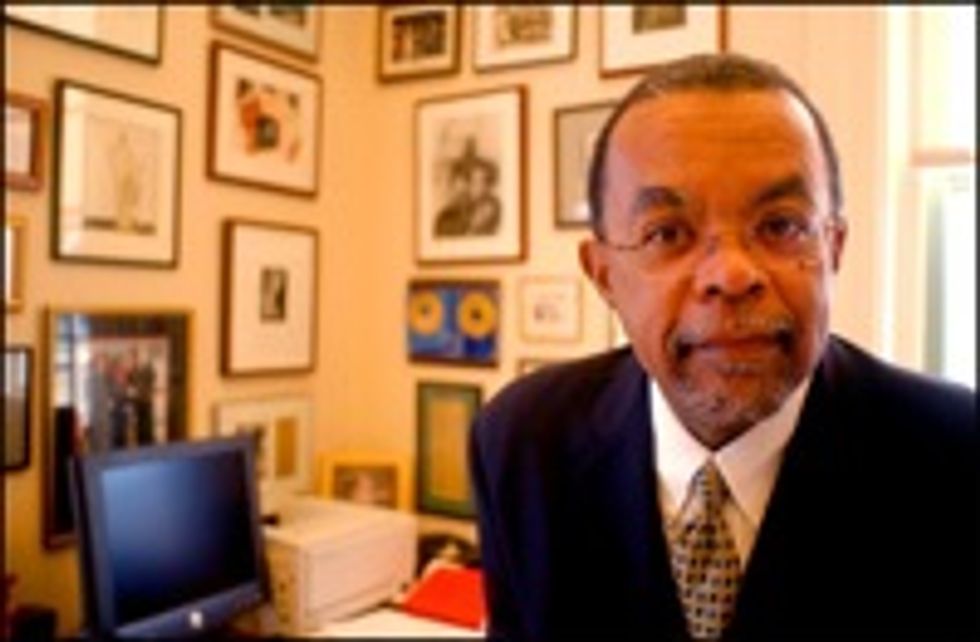 The very serene and affable Harvard scholar Henry Louis Gates Jr. was arrested Thursday after a lady called the cops in the middle of the day, reporting that she saw a man apparently trying to break into a nearby house.

Put yourself in the shoes of this lady caller: you see a small, middle-aged, polo shirted and bespectacled black man who walks with a cane, and he just saunters up to the door of a nice Cambridge house like he owns the place and attempts to force the door open. Obviously this is cause for alarm!

Sure, he's not carrying a crowbar or wearing a facemask or doing any of those other "robber things," but he's pretty clearly up to no good, as evidenced by his "wedging his shoulder into the front door as to pry the door open." (Legitimate Cantabridgian homeowners have "magic keys," you see, that prevent their 200-year-old wooden doors from ever sticking in their frames in humid summer weather.)

By the time a police sergeant arrived to investigate, another police officer was already talking with Professor Gates. And that's when things got CRAZY.

According to the police report, the professor got all shouty and outraged at being asked to present ID. Eventually they arrested him for being so shouty, in the middle of the day, in his house that he lives in. And now everybody's up in arms about racism, even though that ended because Barack Obama is the president.