Fat And Happyish, We Made It Through Another One Mostly Alive. Your Weekly Top Ten! 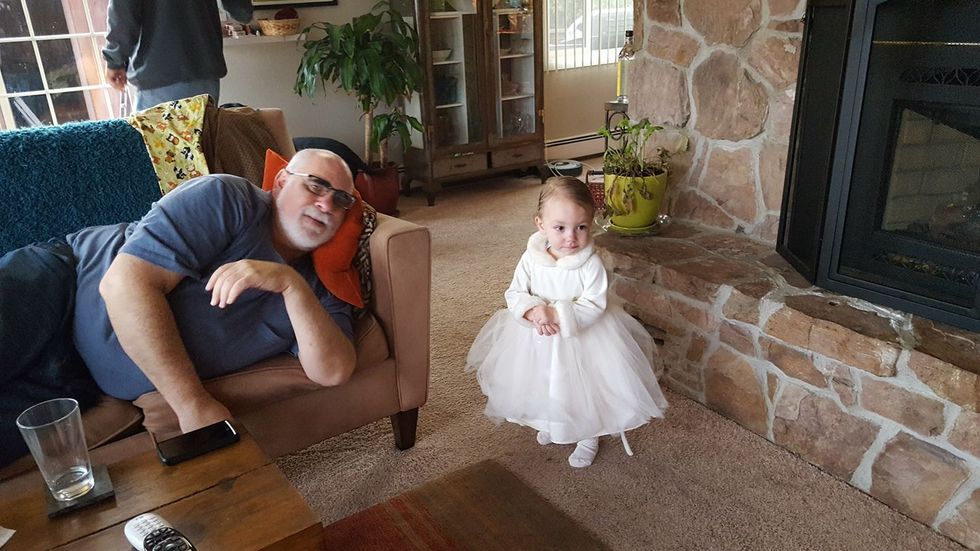 Hello Wonkers! Thanks for hanging out all week while Dok and Evan were on "vacation." You have been hanging out A LOT in fact! Even with like half the stories we usually have, because WHAT DO YOU WANT FROM ME, MY BLOOD????, things looked fine here at the old Wonkette. You must have been sharing stories on the FacePlace like we DEMANDED!

You are good. We are thankful for you. You get an extra picture.

Waaaaaait a minute! What is Doktor Zoom doing on the couch? Oh he drove from Idaho to Montana to hang out and now we all feel ever so much better? Yes. Doktor Zoom is a tonic.

Now you get the top 10 stories from last weekend to now! They are mostly very good stories. Share them and win "our love"!

1. Pence Appoints Totally Random Non-Law-Practicing Lady As Indiana Judge Because Fuck You Is Why. This one by Robyn was craaaaazy, and just a taste of how Pence will run both foreign and domestic policy while Donald Trump is in charge of Greatening. Hooray!

2. New York Times Lady Simply Aghast Vice-president-elect Pence Booed At Hamilton. It was the most shameful thing that ever happened, you guys, definitely! *Nods soberly*

3. Some Gentle Advice For The Brave Men And Women Of The GOP. Ali Davis is freelancing for us now, and you ALREADY LIKE HER, A LOT. If you never read her magnum opus, "The Presidential Candidates Ranked By Their Usefulness in a Bar Fight" over at Snipy's Place, DO IT NOW.

4. Real Piece Of Shit White Guy Doesn't Understand Why He Has To Stay In Jail For Killing Black Boy. Self-explanatory and FUCK THAT MAN.

5. Elizabeth Warren Still Fully Prepared To Kick Donald Trump's Ass. Everyone was a little worried when Bernie Sanders and Liz Warren made Nice Sounds with their mouths in Donald Trump's general direction, but then they stopped that, so YAY! Evan reports, and decides.

8. Trump Already Shaking Down Foreign Diplomats For Access Via His Stupid Hotel. Winning! And so it began.

10. Democratic Rep. Tulsi Gabbard Just Met With Donald Trump, So That's ... Neat. And one more entry in the "you're not allowed to bitch but I am" Democratic infighting. Nikki Haley ended up with the UN ambassador gig for which Gabbard was reportedly interviewing, so ... all ends. That is how the phrase goes, yes?

Anything else from us this week? Sure, here are some sundries and whatnots you can buy for your Christmukkah! (The game. Buy the game.)

OK we love you bye bye.