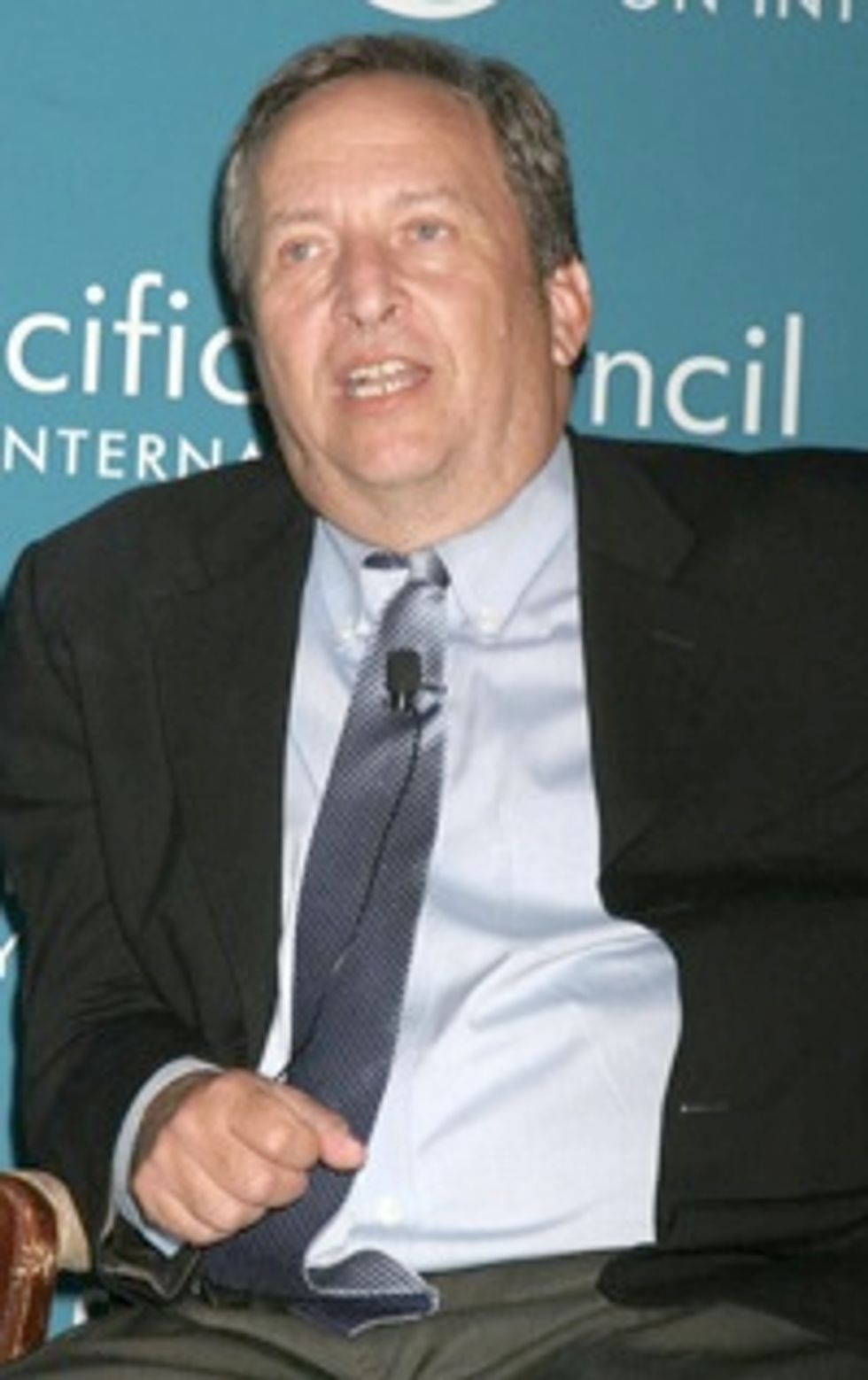 Barack Obama'sfirst major administration appointee was the biggest dick in Washington. How can he top that with his second pick? Why by picking the biggest dick in various academic and economic circles, of course! All of the "murmurs" surrounding Treasury Secretary possibilities center around Lawrence "Larry" Summers, who held the post under Clinton from 1999 to 2001 and then ran off to be President of Harvard, where everyone hated him for his awful management style and overt disgust for all ladies. He was forced to resign. But now he might get a shot at redemption!

He'd be the perfect fit for Obama. Want change, a fresh start? Hire a notorious ex-Clintonite who masturbates to NAFTA! Need someone to draw up basic regulations for the shadow banking system? Then you need the guy who helped Alan Greenspan "silence" anyone pushing for derivatives market regulation in the 1990s! Remember folks, he got Harvard tenure at 28.

Once and future Treasury Secretary? [Fortune]