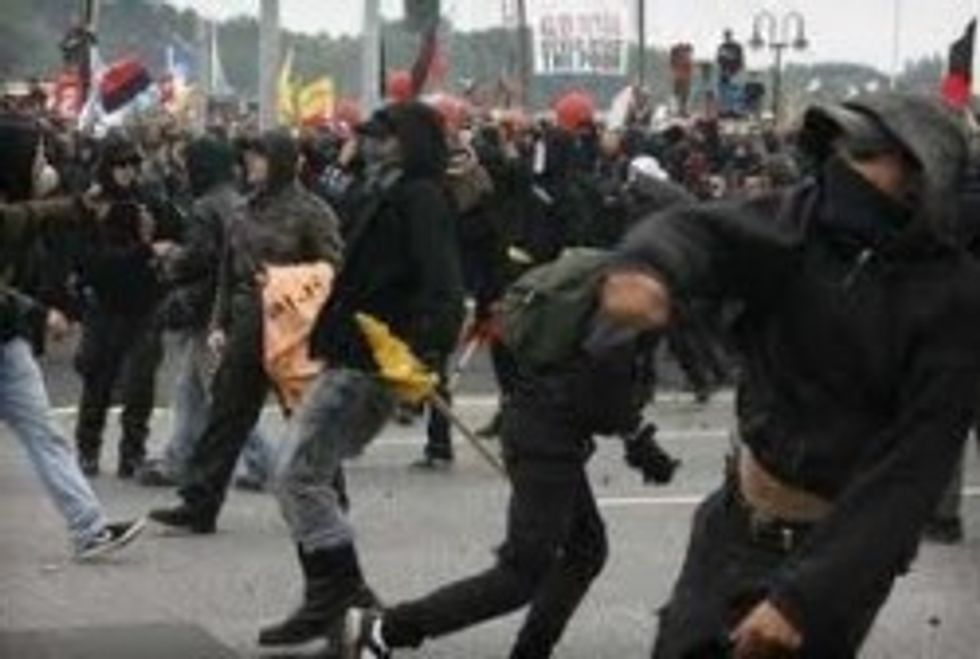 Dear "Anarchists," no one likes you,stop trying to blow shit up even if it IS the Federal Reserve. (A bridge? You wanna blow up a BRIDGE? The kind the WORKING MAN drives on, with his fambly? Way to stick it to The Man, dicks.)

CLEVELAND, Ohio – The FBI arrested five men Monday evening, saying they had planted what they believed were explosive devices under the Ohio 82 bridge over Cuyahoga Valley National Park as part of a May Day protest today.

The five men were “self-proclaimed anarchists,” who intended to detonate two improvised explosive devices (IEDs) under the bridge in Sagamore Hills, but had purchased the inert devices from undercover FBI agents, officials said.

Fuck you and the Black Bloc you rode in on. And your Ron Paul ReLOVEution apparently forgot the "LOVE" part:

[Douglas] Wright had also talked about "getting a car that they can drive into the Federal Reserve Bank" in Cleveland to blow it up, according to an affidavit from FBI Special Agent Ryan Taylo.

Meanwhile, here is some dude getting all PC and shit:

The arrests Monday evening show that “the threat we face is a diverse one and terrorist can come from many hues and many homelands,” said Steven M. Dettelbach, United States Attorney for the Northern District of Ohio.

Sure, if by "many hues and many homelands" you mean "stupid fucking white men." Can the TSA please update its racial profiling manual now? Yeah, that'd be great, thanks. [PlainDealer]