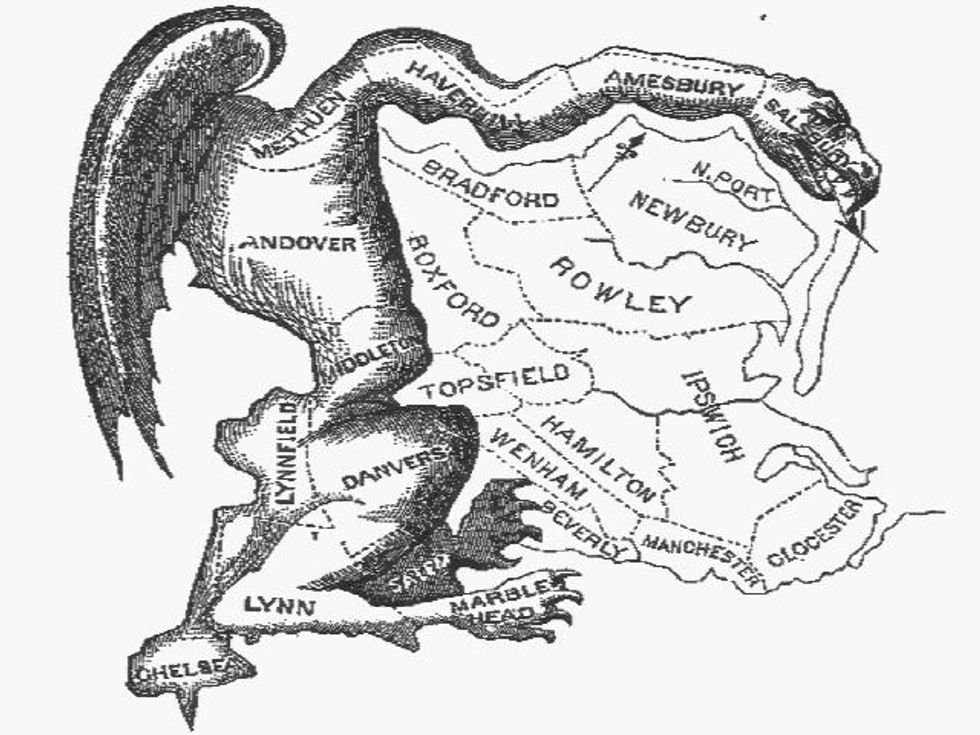 You can't tell it's racist until you mention voting rights...

So for the 61st anniversary of Rosa Parks's arrest, here's a bit of news to help remind us of what happens when wingnuts in power start thinking they can pass any crazy laws they want: Tuesday, a federal court ruled that North Carolina's legislative districts are so obscenely gerrymandered on racial grounds that not only must 28 of the state's district maps be redrawn, the state will also have to hold special elections in 2017 to reset the state legislature elected under the previous discriminatory districting.

“While special elections have costs, those costs pale in comparison to the injury caused by allowing citizens to continue to be represented by legislators elected pursuant to a racial gerrymander,” the three-judge panel wrote in the order.

The legislature has until March 15 to draw new districts, and the state House and Senate members in the redrawn districts will have their current terms shortened by a year.

Not surprisingly, Republican legislators who set up the racially based district maps in hopes of building in a permanent political advantage issued a press release to say how outraged and disgusted they are that a court would interfere with their carefully crafted political gamesmanship:

“This politically-motivated decision, which would effectively undo the will of millions of North Carolinians just days after they cast their ballots, is a gross overreach that blatantly disregards the constitutional guarantee for voters to duly elect their legislators to biennial terms,” Rep. David Lewis and Sen. Bob Rucho said in the release, adding that they have already appealed the original U.S. District Court ruling to the U.S. Supreme Court.

If the Supreme Court hears the case and overturns the ruling, the special election would be canceled and current districts restored for the 2018 election.

So now the betting begins on whether the case makes it to the Supremes before Donald Trump can get a good ol' boy from North Carolina confirmed to the body. This seems like an awfully good moment to note that, since the Senate refused to do its job all year and hold hearings on Merrick Garland's nomination, President Obama could appoint him to the Court for a one-year term during the recess between the current Congress and the swearing-in of the next. It's a thought, you know.