FEMA Gave $30 Million Contract To Two Florida Guys To Get Tarps For Puerto Rico. What Could Have Gone Wrong? 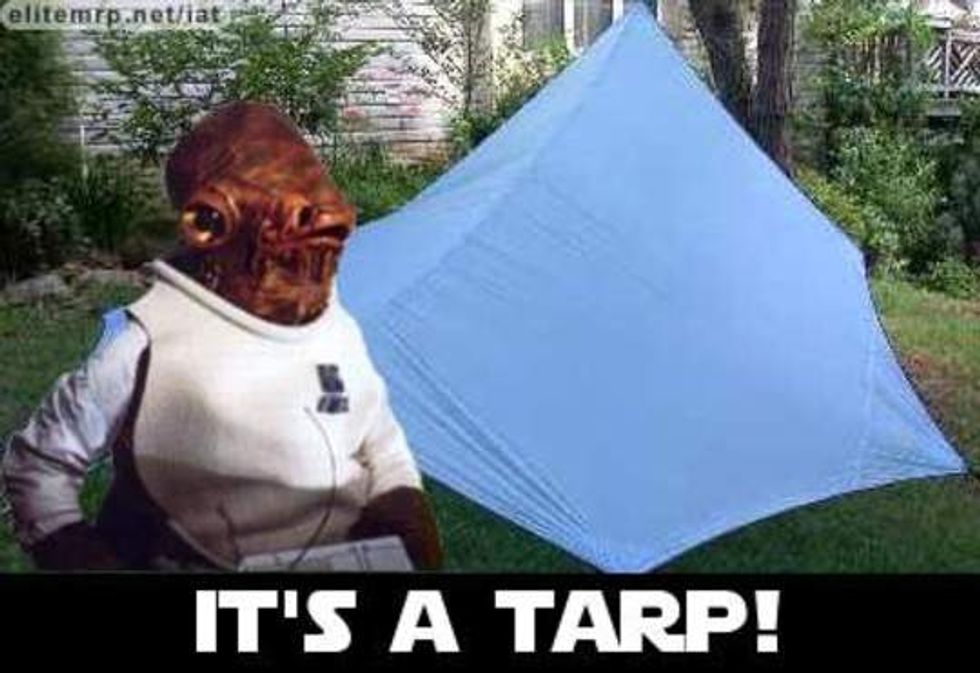 Some days, you see a Tweet, and you know things are just crap everywhere, but especially here in the Griftocracy of the USA:

Yup. That would explain why Florida dollar stores were suddenly flush with MREs and blue tarps.

The actual AP report is yet another of those mind-blowing stories that leave you wondering if anyone at FEMA actually knows how to do much of anything. It's worth a full read, but we'll give you the short version: FEMA contracted with a little outfit in Florida called "Bronze Star" to get 500,000 tarps and 60,000 rolls of plastic sheeting to Puerto Rico so that people wouldn't be stuck with the rain falling on them. Everybody knows those blue FEMA tarps. It's the one thing FEMA always does -- there are always blue tarps after a hurricane, as surely as there are blog posts by libertarians justifying price gouging for generators and drinking water. But not in Puerto Rico after Maria. Here's the nut paragraph of the AP piece:

It is not clear how thoroughly FEMA investigated Bronze Star or its ability to fulfill the contracts. Formed by two brothers in August, Bronze Star had never before won a government contract or delivered tarps or plastic sheeting. The address listed for the business is a single-family home in a residential subdivision in St. Cloud, Florida.

TWO GUYS NO ONE HAD EVER HEARD OF -- is this starting to sound familiar? Do any Trump cabinet members live near them?

For what it's worth -- and it's probably something -- at least this time, no money was actually paid to the incompetent no-experience morons FEMA chose for the contract, and the agency has cancelled their contract and started taking new bids for tarp acquisition.

We figure FEMA will announce the new contract will go to a couple of guys named "Don" and "Eric" this time, and that the long-suffering people of Puerto Rico will be surprised to find their missing roofs and walls covered snugly with freshly harvested African elephant skins.