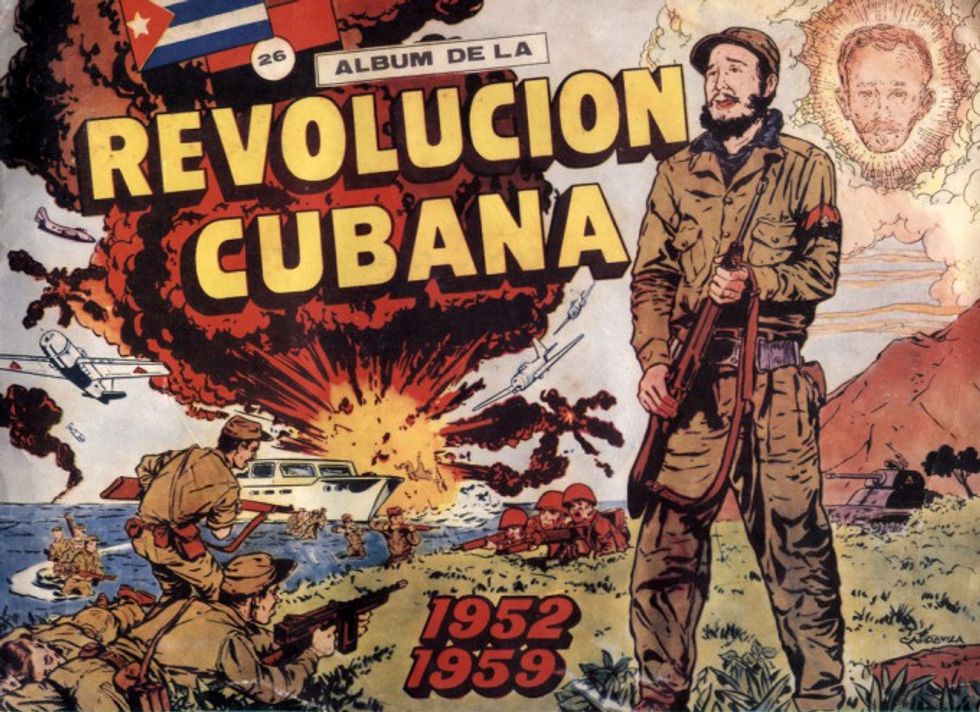 The Obama administration announced today what it calls the most significant changes in 50 years to American policy toward Cuba, including the normalization of diplomatic relations, increased trade and easier travel, and a review of Cuba's listing as a state sponsor of terrorism. But no, you aren't going to be buying Cohibas at your neighborhood Walgreens anytime soon. It's always about cigars with you people, jesus.

Yr Wonkette listened in to a conference call the administration held for news media, and a whole bunch of "Senior Administration Officials" gave background on the changes. It was very informative!

The press call kicked off with details on the release of American contractor Alan Gross, who had been convicted of espionage in 2011 by Cuban authorities but who is very definitely not a spy. While the U.S. will be releasing three Cuban agents in exchange for an unnamed American "intelligence asset" who had been held in Cuba for 20 years, the Senior Administration Officials made it absolutely clear that the only swap was for those actual spies -- Cuba released Gross as a humanitarian gesture, not as part of the trade, which was completely separate, you got that?

Among the Big Deal Changes:

The changes are being pursued because if 50 years of sanctions, embargos, name-calling, and isolation (not to mention the CIA) haven't killed former President Fidel Castro, then maybe it would make sense to try something else. Obviously, once President Marco Rubio takes office, we'll shutter the embassies and try an embargo again.

The negotiations have been going on since the spring of 2013, and were backed by the Vatican, which hosted meetings to finalize the agreements. Pope Francis was directly involved, and personally appealed to Barack Obama and Raul Castro to knock it off already and make nice.

Yr Dok Zoom also learned one other really important thing from the conference call: CNN's Jim Acosta wasn't listening very closely, since he asked follow-up questions about cigars and the travel ban that had been covered already. Seriously, Jim, they covered the cigar thing, they really did.