Finally, Dennis Prager Is Here To Share His Dumb Feels About The Redskins 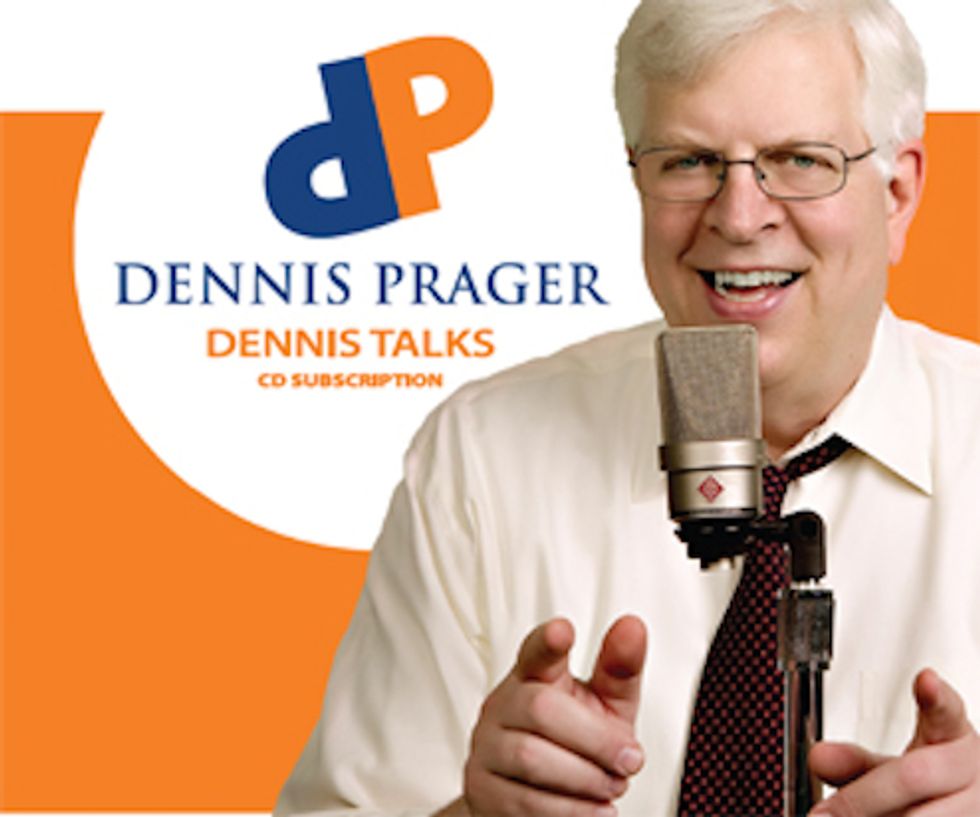 One of the weirdest things about the whole Redskins brouhaha/fiasco/nightmare is how so many people on the right are willing to make this their line in the sand, the hill they will die upon. Haha that is not weird at all, because it gives them an opportunity to be straight up racist assholes but cloak it in FREE SPEECH, which is most likely their favorite thing to do in the whole world, save perhaps for being straight homophobic and/or sexist assholes but cloaking it in FREE SPEECH. So we probably shouldn't be surprised that illustrious big thinker Dennis Prager finally got around to weighing in on how if you can't call a football team by a Native American slur, then what good is living anyway?

In all seriousness, you should really read the entirety of the Prager column. Normally we wouldn't say that, because why would we wish that on you? Are we mad at you? But truly, do yourself a disfavor and check it out. It's like a textbook example of how to be either a completely insincere conservatroll or a completely sincere idiot. Or both. Why choose?

Prager starts out with some pretty generic blather about how the left wing shouldn't possibly care about the name Redskins because there are real problems facing the world, hmmmmm? And that is totally true! If you spend even one moment of your day worrying about bullshit racist slurs, you are by definition murdering Iraqis and Syrians and American soldiers and babies by your very inattention. You monster.

After that, Prager decides to pivot to some good old school "herp derp left-wing press cares more about the Redskins then they do about the IRS murdering conservatives like Andrew Breitbart" or whatever it is that conservatives think the IRS did to them. But he really hits his stride when he talks about how of course Native Americans love the name Redskins, mostly because Dennis Prager found a movie theater called the Redskins Theater.

Since 1947, there has been a movie theater, the Redskins Theatre (with the same logo as the football team), in Anadarko, Oklahoma, a city whose population is divided evenly between Indians and whites, and which calls itself the “Indian Capital of the Nation.” Why, in 67 years, have the Indian populations of Anadarko and Oklahoma not changed this theater’s name?

Because the left hadn’t made it an issue. It’s not an Indian issue; it’s a left-wing issue.

Dennis Prager, you are a goddamn genius. Yes, the fact that a random theater in Oklahoma has not undergone a name change at the behest of Native Americans completely negates the fact that literally oodles of Native American tribes and ancillary organizations oppose the Washington Redskins name. The left-wing press must be amazingly masterful to have rooked all of those Native Americans into signing on to their manufactured controversy.

Dennis Prager's other example of a left-wing manufactured controversy? Heterosexual AIDS, of course.

Other nuggets to be gleaned from Dennis Prager's brilliance? The left wants to attack America -- and by "America," Dennis Prager apparently means "fucking racist sportsball team names" -- instead of attacking Islam, so apparently this Redskins thing is just smoke and mirrors. Also something about communism. Also too something about how liberals are low self-esteem totalitarians who miss the 1960s.

It's like Prager just shoved every last bit of incoherence he could get his sweaty little mitts on into one big bright shining overstuffed package of dumb. It's impressive in the way that, say, a geyser of sewage shooting from the earth is impressive. You're weirdly fascinated by it, but you don't want to be anywhere near it. That's pretty much our Dennis in a nutshell.