Florida Atwitter Over Charlie Crist's Marriage, To A Woman! 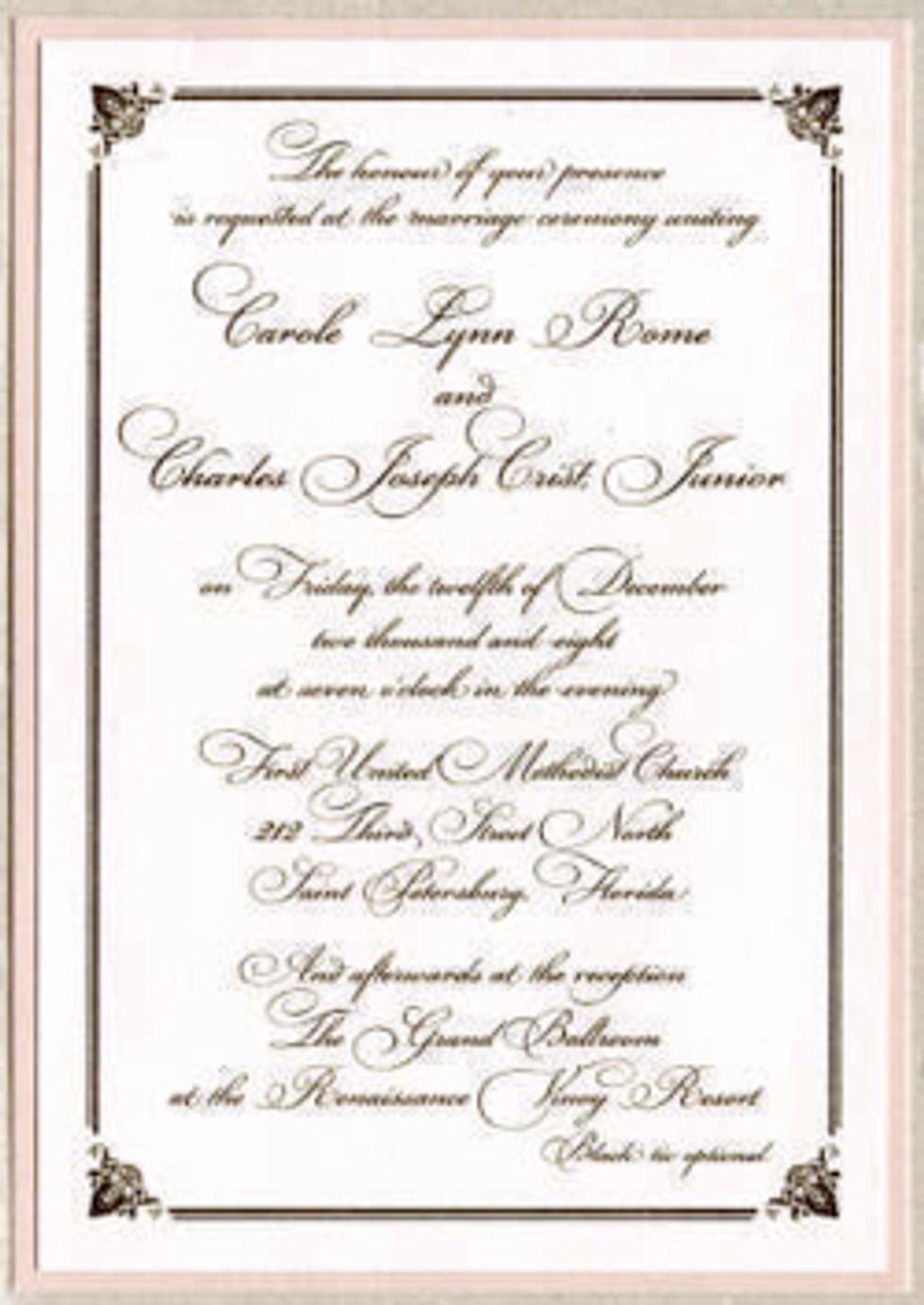 We think Charlie Crist is an overall good guy, savin' the Everglades and what not, so we're a little worried for him now that it looks like he's actually going through with thisheterosexual marriage of his. It's being reported in Florida that the governor's pink wedding invitations are arriving in mailboxes only a few weeks before the big show on December 12. The dispatching of invitations is a big step, Charlie! Are you sure this is what you want?? We think you have reservations. BIG ones. Included in the invitation is a note that reads, "No gifts please, due to Florida law." Ha ha, "law." Is it really because you don't want them all asking for their gifts back in six months? Anyway, Florida's Fat Cats are all gossiping about who's invited and who's not (i.e. who's a loser). Apparently Crist's barber is so cool that he could've had an invitation but told Charlie, nah, don't bother with me. Hmmph!

It's like seventh grade -- who will get invited to the popular kids' bar mitzvahs, and who will have to settle for Acne Ari's?

Who will be among the roughly 200 guests?

"We're invited," said Debbie Sembler, whose husband, Brent, is a St. Petersburg real estate developer who was finance chairman during Crist's gubernatorial campaign. In keeping with a St. Petersburg tradition, the invitation they received was hand-canceled through the downtown Open Air Post Office. Brent Sembler and Crist were members of Pi Kappa Alpha fraternity at Florida State University.

[St. Petersburg Mayor Rick] Baker, a Republican who attended FSU with the governor, last week had not been asked.

"I don't know that I haven't, but I haven't seen anything," he said Thursday.

Or maybe, Mayor Baker, you've seen far too much of Charlie Crist back in the frat days, yes? Get a few cocktails in ya at the reception, then ya might casually tell some of those... "stories"? We can't have that now, can we?