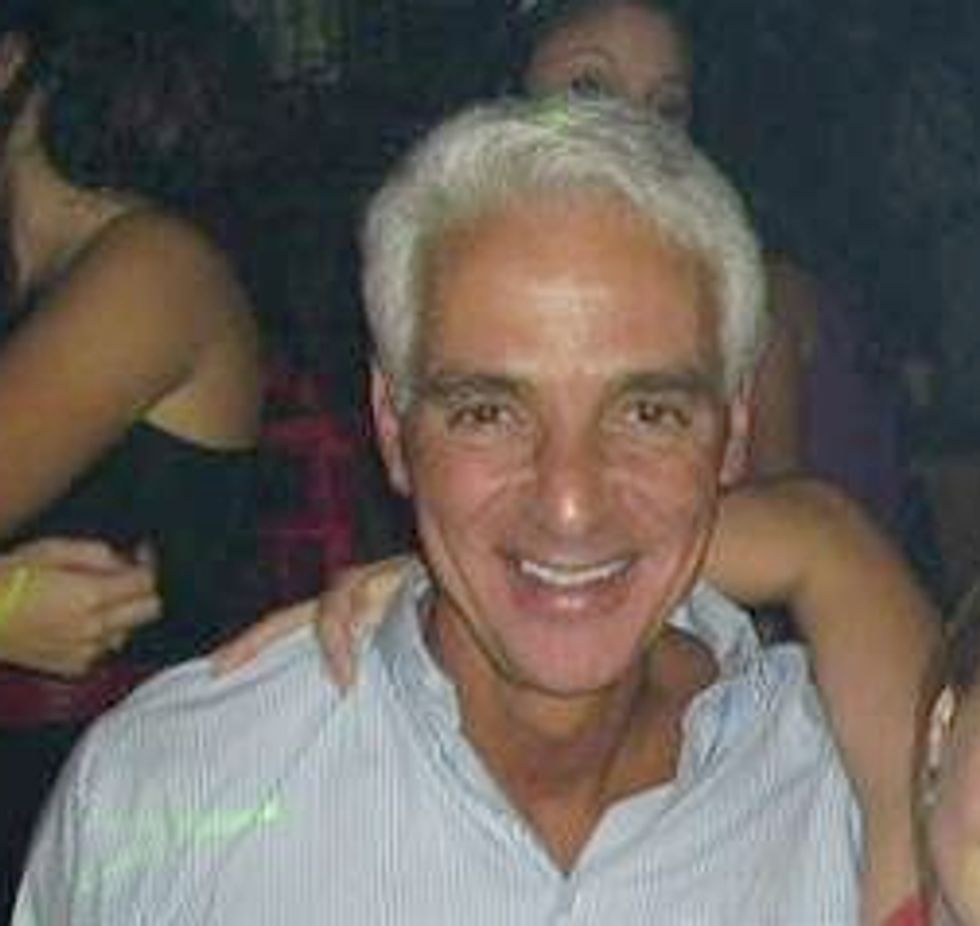 America's favorite recently-married orange Floridian, Governor Charlie Crist, had to quit the Republican Party because the teabaggers didn't want him to be the new U.S. senator. Why do teabaggers hate Republicans so much? Doesn't matter! Charlie now has a healthy lead in the three-way or four-way race for Senate, while dumb wingnut Marco Rubio is currently 11 points down and Democrat Rep. Kendrick Meek has dropped way down to third place but is at least ahead of gross gazillionaire Jeff Greene --the Democratic nomination won't be settled until August 24, and Greene may well buy the race for himself, and then he can celebrate with his special friends Heidi Fleiss and Mike Tyson (both of whom are on Florida's currency and/or license plate.)

Greene made his fortune betting on Florida's housing collapse, but he's not the only FL Senate candidate whose shows up in a Google news search for "Florida foreclosure." Tea Party sweetheart Rubio's own house in Tallahassee is currently in foreclosure, whoops! Rubio own(ed) the house with Rep. David Rivera, because they lived together in this house, the two of them, when "they were in Tallahassee for legislative sessions and other business." Ha ha, what?

Crist is at 42 percent today, compared to Rubio's 31 percent and Meek's lousy 14 percent; Meek has been going south ever since Crist ditched the GOP. [TampaBay.com/AP/TPM]