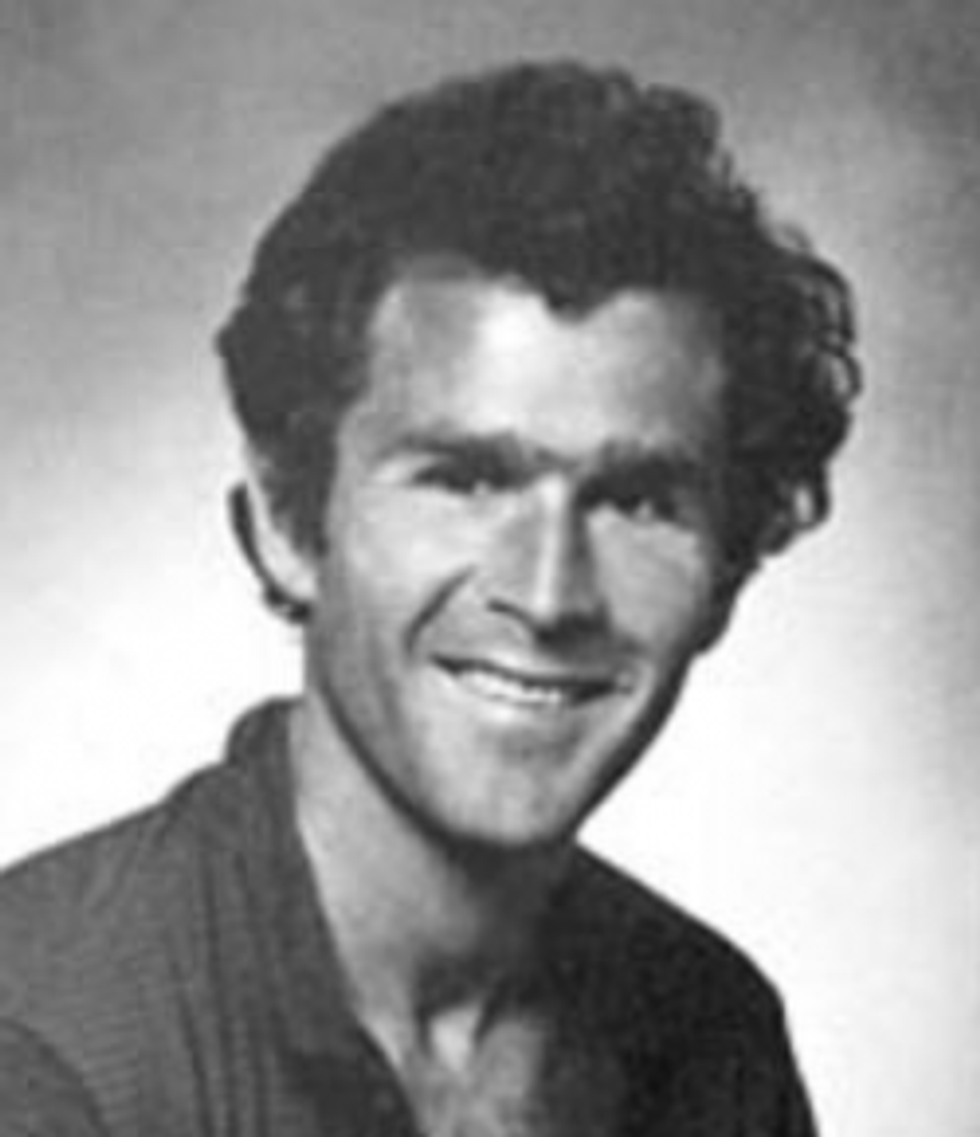 When Florida Republican Congressman and Senate hopeful Connie Mack IV was young and irresponsible, he had a terribly unlucky tendency to just be moseying along, minding his own business, when people out of nowhere would just plumbknock him over and try to beat the everlovin' Jesus out of him! Now, this happened many, many times -- all while Young Connie Mack IV was totally sober, by the way -- but for some unknown reason, other people never seemed to remember it the same way he did.

As he was thrust forward toward [Ron] Gant, Mack put his hands out to brace his fall and Gant got him in a headlock. He hit Gant's genitals in an attempt to free himself, fearing he might be choked to death.

Gant said Mack bumped him three times and refused to get out of the way as Gant was trying to get to his table. Gant then used his arm to push Mack aside and Mack then charged him with his head down and arms outstretched in an attempt to tackle him. They fell to the ground and tussled until a bouncer lifted Gant off Mack. A waitress said Mack bought about 20 pitchers of beer and rounds of shots while at the bar for five hours. She said Mack had trouble walking, was obnoxious, clearly drunk and started the fight. Mack said he was feeling no effect from the two to four beers and one shot he had while at the bar for less than two hours.

Does this fine young man remind you of anyone, goin' mano-a-mano with people and generally being a drunk brutish asshole? We can't quite put our finger on it. Maybe total macho guy and not at all a disgusting rapist Paul Newman in Hud? Yes, Paul Newman in Hud, that was definitely who we were thinking of. Not anyone else, nope, no sir, no other entitled and grandiose political sons with a snakebit temper and a snakebit problem with terrible alcoholism, who also didn't at all model themselves on Paul Newman in Hud. [The Republic]