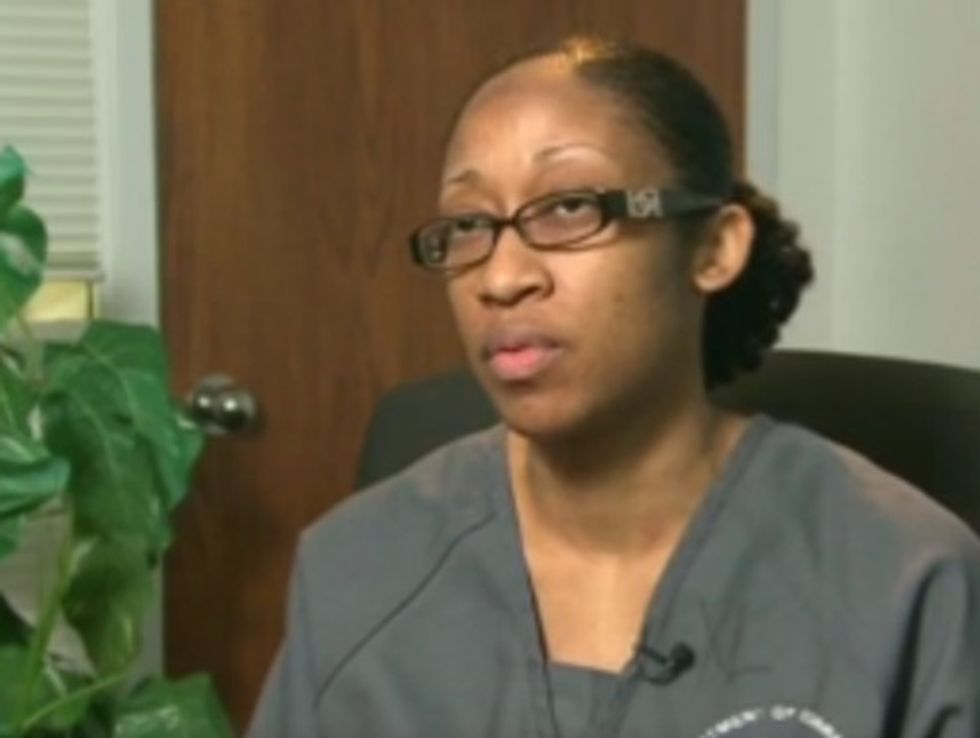 Straight from our "You have GOT to be fucking kidding me" desk: Marissa Alexander, the Florida woman sentenced to20 years in prison for firing three warning shots into the wall of her home while escaping from her (allegedly) abusive husband, is moving toward a new trial, so that is the good news, insofar as there is any good news in this insane case. This being Florida, of course, there is also a "however": thanks to another ruling in a completely separate case, and the fact that she is not a white man shooting unarmed children, Alexander will now face triple the prison time -- 60 years, not 20 -- if she's convicted. Let us unravel the whole sordid mess; we encourage you to drink and/or to remove any breakables from the immediate area.

As you may recall, Alexander was found guilty of aggravated assault with a deadly weapon and sentenced to 20 years after firing warning shots at her estranged husband, Rico Gray, who she testified she feared was going to beat her:

She has said the incident, which happened days after she’d given birth, began when Gray accused her of infidelity and questioned whether the newborn child was his.

Alexander told him to leave and locked herself in the bathroom until he broke through the door, grabbed her by the neck and shoved her to the floor.

She ran into the garage but found she couldn’t leave because the garage door wouldn’t open, according to the report.

She got a gun from the glove compartment of a car in the garage, went back into the house and when Gray saw her, she said he charged, saying he was going to kill her. Alexander fired the gun.

In her original trial, Circuit Judge James Daniel threw out her "Stand your Ground" claim because, he said, she went back into the house, which obviously meant that she couldn't have been in that much fear for her life, and she should have just found a way to leave the locked garage peacefully, or maybe waited for Gray to come into the garage so she really was defending herself or something. This is all in keeping with the established legal principle of "It's Florida and the defendant is a black woman."

Following the conviction, a state appeals court granted Alexander a new trial in September 2013, since Judge Daniel instructed the jury that Alexander could only be found not guilty on grounds of self-defense if she proved beyond a reasonable doubt that she actually had been battered, which unconstitutionally placed the burden of proof on Alexander.

Now, here's where that possible 60-year sentence comes in: Alexander was convicted under Florida's Git Tuff on Crime "10-20-Life" law, which has a mandatory minimum of 20 years for assault with a firearm. When she was originally convicted of one count of assault for each shot she fired, Daniel ordered that the 3 20-year sentences be served concurrently. But while her appeal moved forward, the appeals court held, in another case altogether,

that when a defendant is convicted of multiple counts under 10-20-life that arose from the same crime, judges must make the sentences consecutive and are not allowed to impose them concurrently.

After all -- gotta be Tough On Crime, especially against women trying to escape an abuser. It's not like she was confronted with dangerous teen boys listening to loud music or anything, after all, or a dangerous black kid in a hoodie. Also, did we mention she was not a white man?

Happily, now Alexander gets another chance to prove that she was acting in self defense, and if she doesn't, the 60-year sentence she receives will serve as an example to abused women all across Florida, sending the message that they need to get the fuck out of that backwards hellhole of a state. Also, the Florida legislature is considering an NRA-backed "warning shot" bill that might have helped in Alexander's case, and which will allow people to wave guns around more freely when they feel threatened. Talk about reassuring!