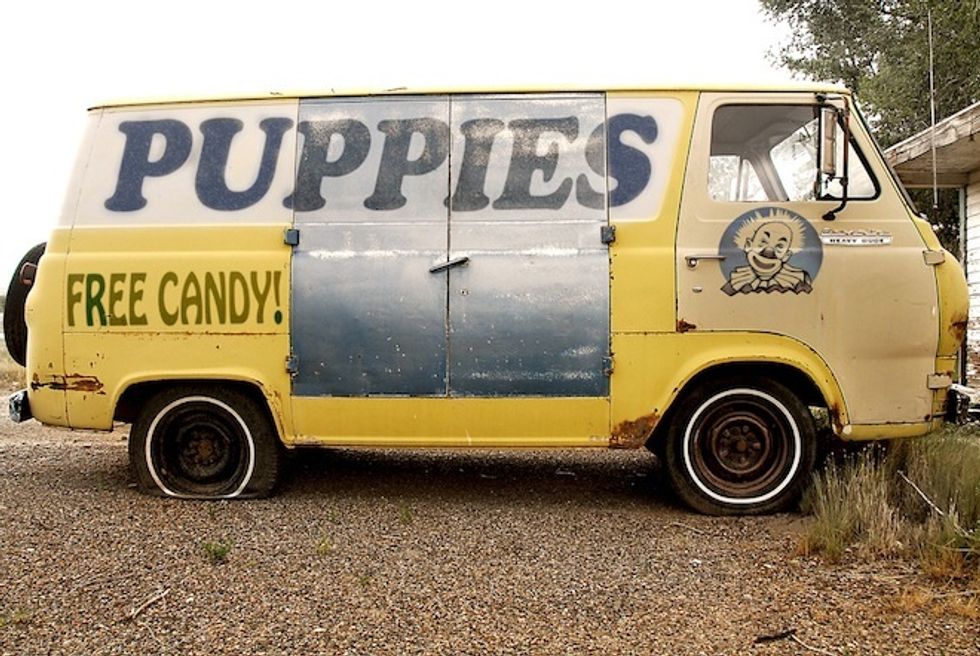 We're pretty sure we've found Wonkette's Parents of the Year for 2015. At least we hope nothing tops this: In Lincoln County, Missouri, police have arrested four people in a fake kidnapping plot intended to teach a 6-year-old boy about "stranger danger" because the family thought that the boy was "being too nice" to people he didn't know. Tell us, CNN, how did the boy's mother, grandmother, aunt, and a co-worker of the aunt manage to rack up felony charges simply by teaching the child an important lesson about safety?

During his reported ordeal the boy was lured Monday into a pickup after getting off his school bus, tied up, threatened with a gun, taken to a basement where his pants were removed, and told he could be sold into sex slavery, police said.

The boy was told in the truck by Nathan Wynn Firoved, the aunt's co-worker, that he would never "see his mommy again," and he would be "nailed to the wall of a shed," the sheriff's statement said.

The boy started to cry, police said, and Firoved, 23, showed the child a gun and said he would be harmed if he didn't stop bawling. Firoved used plastic bags to tie the child's hands and feet, police said. He took his jacket and covered the boy's head so he couldn't see.

And then he took the blindfolded boy down into a basement, where the boy's aunt, Denise Kroutil, took off his pants and left him alone in the dark. And then came the Big Reveal:

"The victim remained in the basement for some time before he was unbound and told to go upstairs, where the victim's family lectured him about stranger danger," the statement said.

Ta-da! Hope you learned your lesson, kid! And yet despite this excellent object lesson in why you should never trust anyone, least of all your own goddamned family, the police took a dim view of the family's curriculum and pedagogy, charging the mother, Elizabeth Hupp, 25, with "felony kidnapping and felony abuse and neglect of a child," and charging the other three, including the kid's grandmother, Rose Brewer, with "felonious restraint."

The boy was taken into protective custody after telling officials at his school about his family's unique approach to education.

It appears that the whole idea was dreamed up by Kroutil, the aunt, who worried that the boy was "too nice" to people, a character flaw obviously not shared by the rest of the family. Kroutil readily obtained the agreement of the boy's mother and grandmother, who are also apparently sociopaths, and when Mr. Firoved agreed to play kidnapper, the whole thing just came together like a charm. These people are apparently unaware that there are actually books and videos that can teach about stranger danger a bit less traumatically -- or who knows, maybe the local teabaggers closed down the public library because it was socialist.

We think we've found a family that's officially worse than the couple who took a video of their one-year-old playing with a real gun.

Not surprisingly, the police press release notes that the suspects "told investigators their primary intent was to educate the victim and felt they did nothing wrong," because it should be pretty clear to everyone who ever hears about this that the boy learned a lesson he'll never forget.

Which is that no one should ever be allowed to have children again, ever in the history of the world, it's just too much risk, fuck the damned human race and let's see if maybe dolphins or bonobos can do better, the end.